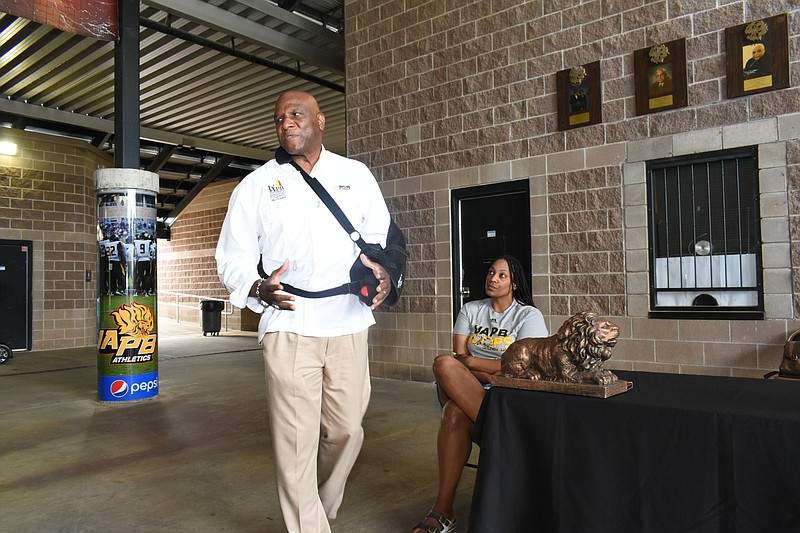 Athletic department leaders and coaches at the University of Arkansas at Pine Bluff solicited help during a town hall-style meeting Saturday as they try to overcome a $3 million deficit and become more self-sustaining.

Athletic Director Chris Robinson announced the figure to Golden Lions supporters and gave updates in the breezeway of Simmons Bank Field. The gathering was part of the university's Founders' Week activities and was held the morning after the spring football game.

Robinson explained after the meeting that the figure is "more so" based on the gap between the athletic budget and needed items for the department.

"To get to that point where our budget is, our school steps in and gives revenue from the school sent down to supplement the athletic department to help us work in a collaborative fashion," Robinson said. "What I'm saying is, we want to be self-sustaining to where we become more of a money-producing entity to where we can play big games and be self-sustaining to send money to the other side other than the university sustaining us."

Achieving self-sufficiency is a common challenge for limited-resource institutions like UAPB, which competes in the 12-school Southwestern Athletic Conference. The university often relies on financial support from "big-money" football games such as the school's first-ever meeting against the University of Arkansas last October and a Week 3 contest at Oklahoma State University in the upcoming season, among other contributions.

Athletic funding for colleges and universities in Arkansas have to be supported by private donations and cannot come from public sources, Robinson explained.

Arkansas has also hosted UAPB in women's basketball and baseball as a way to entertain more in-state competition after a decades-long ban against it, as well as support its sister institutions. With Coach Dawn Thornton seated in front of the crowd, Robinson revealed the women's basketball team is working on possibly hosting Arkansas for a game next season, which would mark the first time in UAPB's Division I era (since 1997) it has welcomed a Razorback sports team to Pine Bluff.

Asked how she recruits athletes to UAPB in a conference with fervent fan bases supporting other universities, Thornton -- a Jackson, Miss., native -- said she can't compare UAPB to those.

"When I'm recruiting student-athletes, I can't tell them what Jackson State or Grambling State has," Thornton said. "Jackson State's basketball players live in lofts in downtown Jackson. They can literally go from their apartment and hang downtown."

"I think our coaches do a really good job with the resources we have," Thornton said. "Our locker-room situation isn't the best. We have open showers for our women's visiting sports coming down. We truly have to be a village to find creative ways to be resourceful and make sure we get those athletes."

Thornton also reported five of six players she recruited this offseason committed to her program Friday night. Under NCAA rules, those players cannot be announced until they sign letters of intent.

Football Coach Doc Gamble said he tries to recruit good players who are also good people, citing his team's 3.0 grade-point average over the past two years.

"What we always assure our players and their parents is that when they come here, they're going to be around good people, first and foremost," Gamble said. "Our culture is really good. That's what we sell our guys on."

UAPB is undertaking a project to build a soccer and track-and-field facility in hopes of helping related teams become more competitive on the SWAC and national levels. Robinson reported the school is just $17,000 away from reaching a $1.6 million goal to begin the first phase of the project, which Robinson said during a January groundbreaking would include installation of the turf, track, bleachers and parking area.

Despite its financial status, UAPB has enjoyed measures of athletic success within the past week alone. The men's golf team finished second in the SWAC championship tournament in Mississippi and Roger Totten was named the conference's Coach of the Year for the third time in three years.

Robinson said if 1,000 people each gave $85 per month, UAPB would have a successful $1 million campaign within a year.

Virginia Thomas, assistant treasurer of the Letter "A" Club, an organization of UAPB athletic alumni, said if all members paid their annual $100 dues -- $50 for recent graduates -- the club would have enough to support the athletic department. Thomas said 47 of the 400 registered members are active paid members.

"I didn't get a full ride. I was a cheerleader. I had to pay my way through school," she said. "I know there are athletes who get a full ride and they give nothing back to the Letter "A" Club. It's a disgrace."

Tanuya Washington Worthy, a basketball standout at UAPB in the early 1990s, said she would like to see the school connect with former athletes to possibly attract financial support.

"I want to be able to bridge that gap with you all and be able to get in other athletes as well, especially for women's basketball," Worthy said. 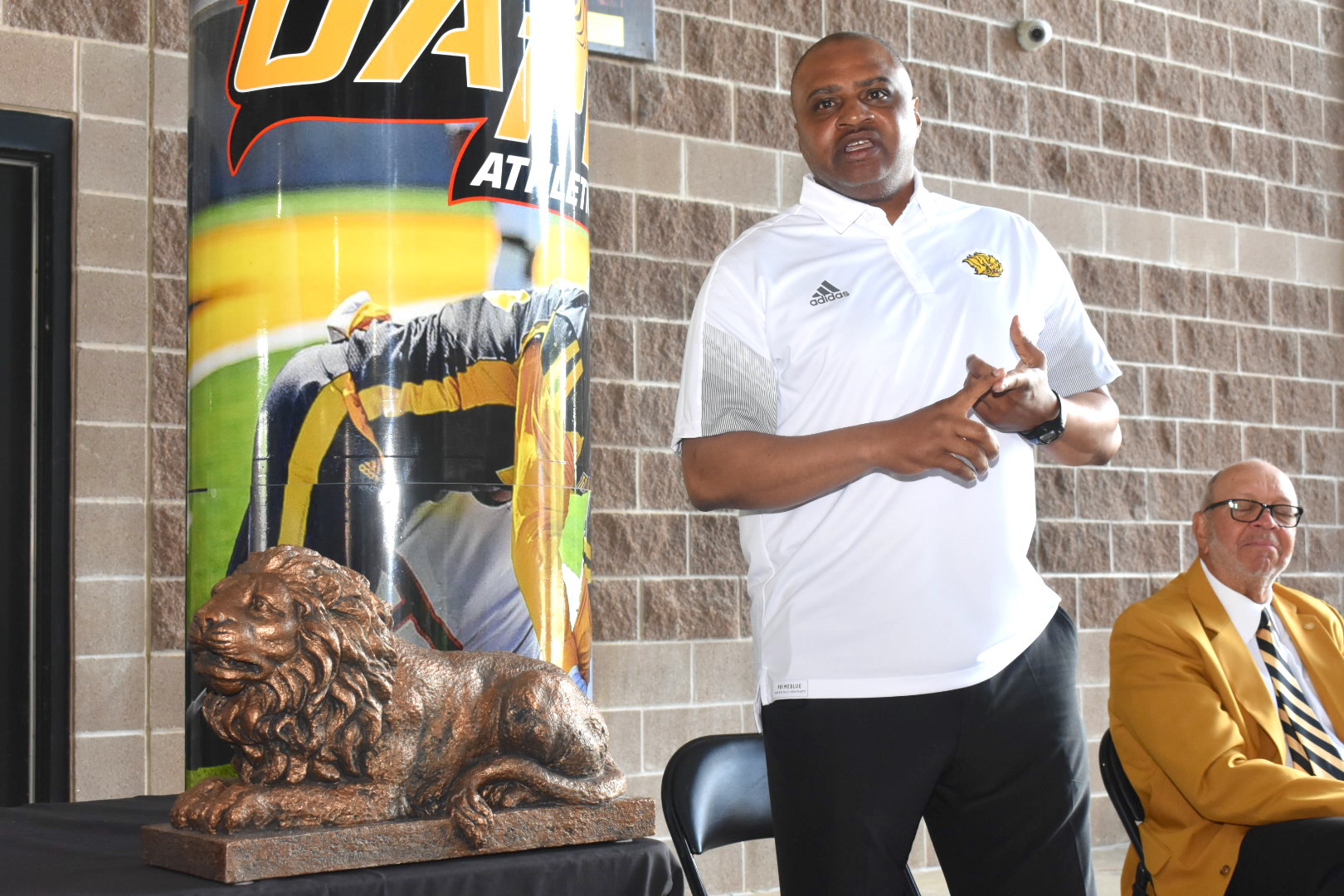 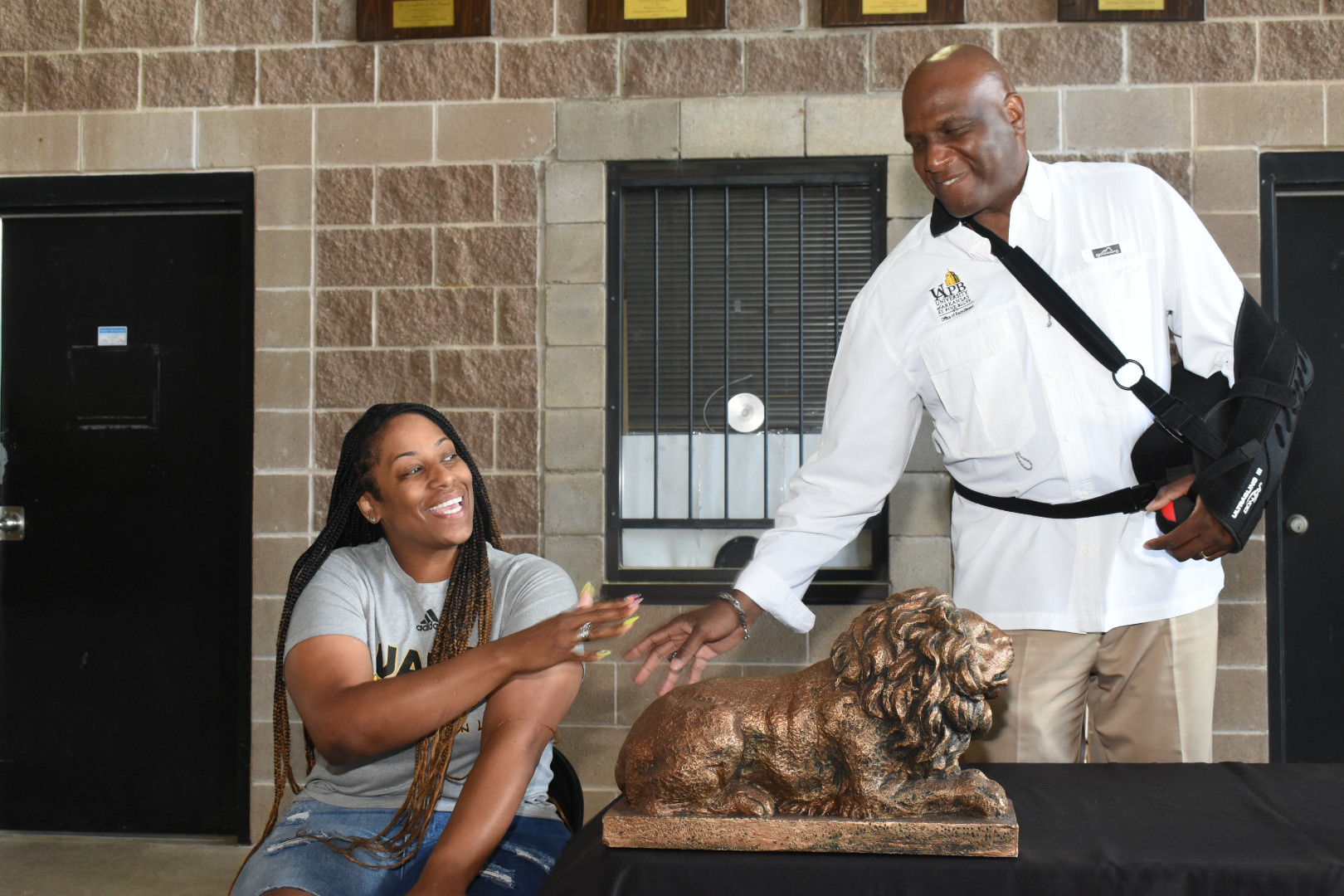