New data on how many Arkansans have been infected with coronavirus, explained 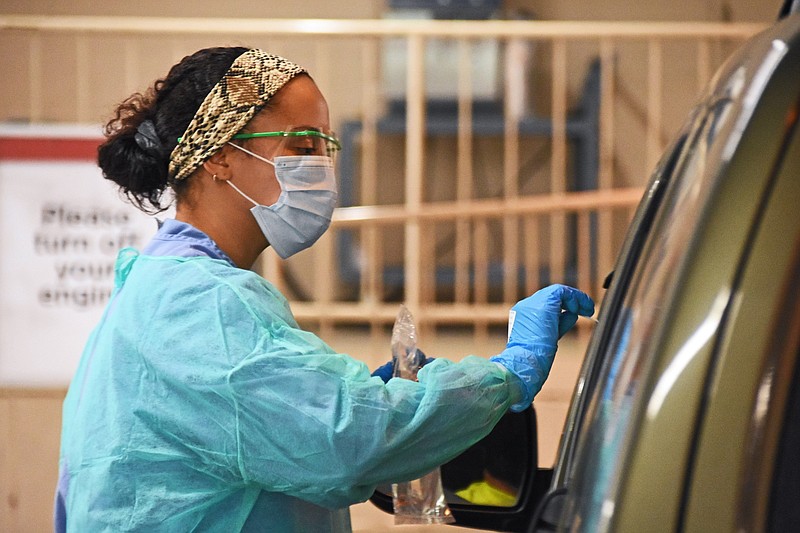 The Centers for Disease Control and Prevention released data this week estimating 57.7% of people nationally, including 64% of Arkansans, had been infected with covid-19 at some point, as of late February.

Back up: how was this data collected?

The estimates are from an ongoing study using blood samples drawn for routine medical screenings unrelated to covid-19. Nationally, the sample size was 45,810, and from Arkansas, the CDC tested 1,349 samples.

The samples are tested for antibodies that are produced in response to infection but not to vaccination.

State Epidemiologist Mike Cima said the purpose of such studies is to "understand the breadth of spread of covid-19 within our communities," especially when an increasing number of people are diagnosing infections using at-home tests, the results of which are typically not reported to state health departments.

What did the data say about Arkansans?

Overall, the CDC estimates 64% of Arkansans have been infected, but the percentage changes depending on age group.

An estimated 81.3% of Arkansas children up to age 17 have been infected, compared to an estimated 74.6% of children nationally.

Among people 65 and older, the percentage who have been infected was estimated to be 35.7% in Arkansas and 33.2% nationwide.

Do people who have been infected need to be vaccinated?

Cima said even if someone has been infected, it is recommended they get vaccinated.

"We would encourage anybody who has not been vaccinated to start their vaccination series, regardless of whether they've been previously infected or not." Cima said.

Children age 5 and older are eligible for the Pfizer vaccine. The other vaccines authorized in the United States, from Moderna and Johnson & Johnson, are available to people aged 18 and older.

What are vaccination rates like in Arkansas at this point?

According to the CDC, 66.5% of Arkansans had received at least one dose as of Tuesday. However, there is a wide disparity in vaccinations by age group.

Of Arkansas adults 18 and older, 78.0% have received at least one shot. The percentage rises to 95.0% among Arkansans 65 or older.

Read more about the CDC data and a recent uptick in covid-19 cases from reporter Andy Davis.