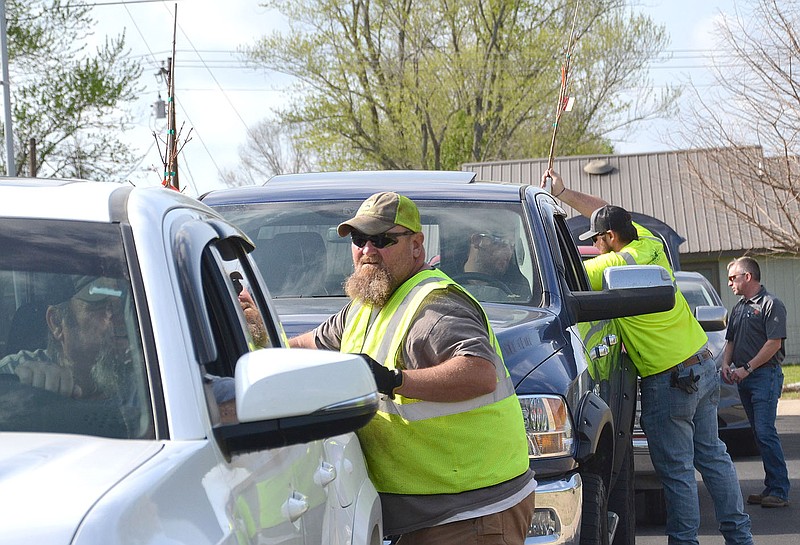 PEA RIDGE -- Increasing the shade canopy within Pea Ridge is one of the goals of the city's tree giveaway.

There were cars lined up on the morning of April 22 along the south side of City Hall and north on Weston Street as far as Pea Ridge Intermediate School waiting for the event to begin.

There were 165 trees, down from the 200 received last year, according to Nathan See, city Street Department superintendent. He said the number was lower because there had been a lack of demand for trees. "The Walton Family Foundation gives away thousands of trees throughout the state."

"It's Earth Day today," See said. "We're going to be able to help our shade canopy within the city.

"The big picture of this is we're going to try to get a Tree City USA award," he said.

"Once we get our tree canopy up, then we'll apply for it," he added, explaining that the Walton Family Foundation will count trees compared to number of residences.

"We're just grateful to be able to give back to the community," See said.

Gary and Pam Immel walked to the tree giveaway and put their tree on the trailer of a friend who volunteered to transport it for them.

"We think it's awfully nice of the city to do it for the people of Pea Ridge," Gary Immel said. "It helps the environment, especially today on Earth Day."

"Pollinators, it gets the carbon dioxide out of the air, hinders erosion," Pam Immel said.

Mary Furman said she just moved to the city and wanted a tree for the yard of her new house.

"I have 10 acres and want to start planting," Portia Paul said.

City Street Department employees put the trees on trailers, in the beds of pickup trucks, in the back of sport utility vehicles and through the windows of sedans.

"I think it's a good thing to do. It provides a lot of shade. And it's beautiful," said John Brown. "For the city to do this, it's fantastic. A lot of people can't afford trees. It helps beautify the city."

"I'd like some more trees in my yard, and I love the red maples," said Sheri Ragland. "This is awesome."

Luther Green said he lost trees in his front yard several years ago during a storm. He said he appreciates the shade provided by trees.

"Mine blew down in the last storm," said Scott Fisher. He said he plans to put the tree on the west side of his house to provide shade so he can sit on his back porch.

The trees are provided by the Walton Family Foundation at the recommendation of Steuart Walton. One tree per household is allowed. 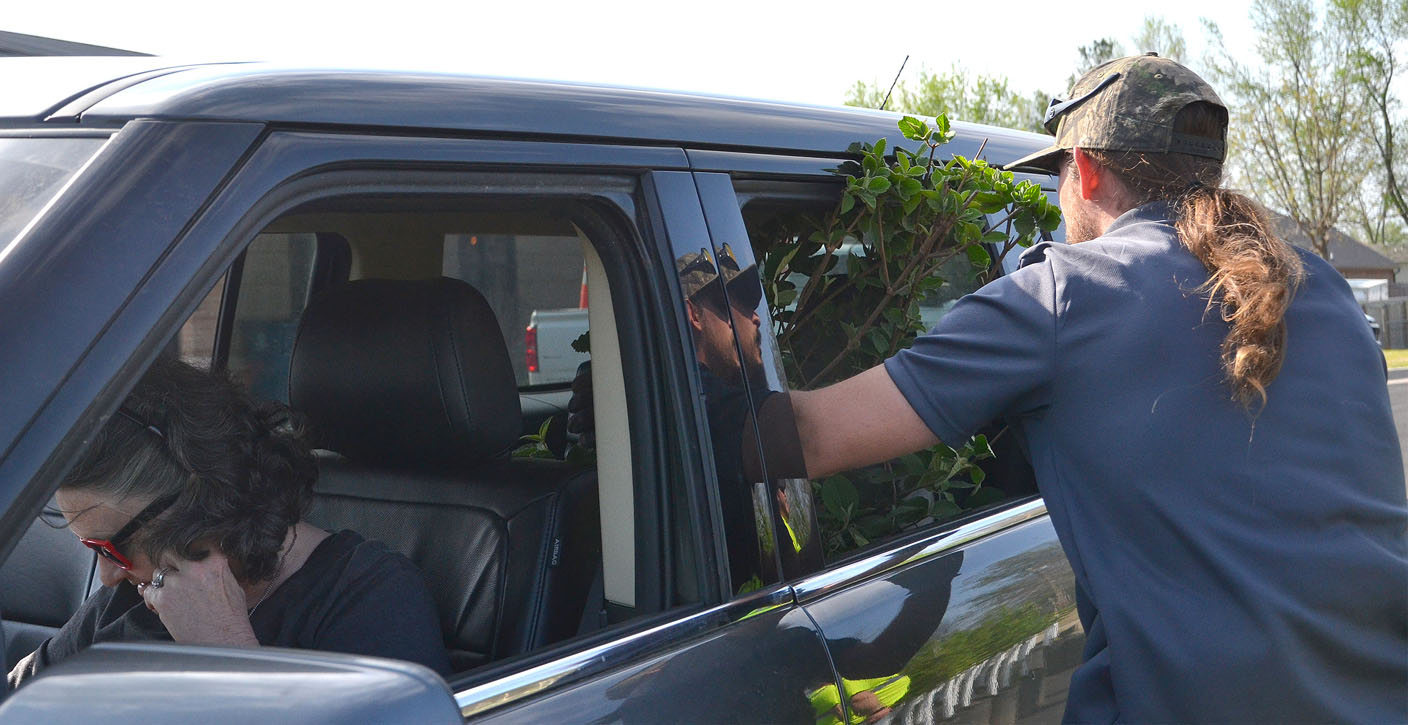 City employee Dustin Phy set a viburnum in the back seat of a large SUV Friday, April 22. 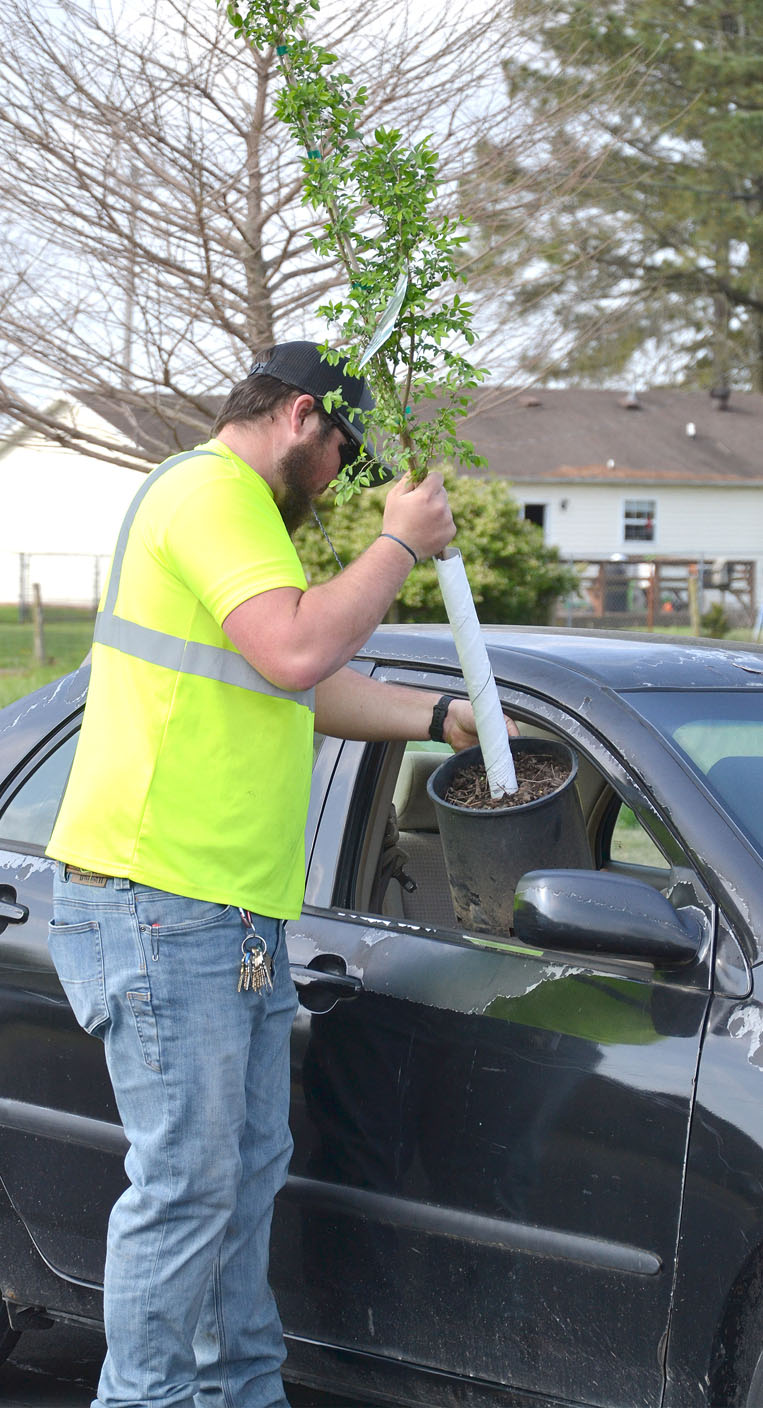 City employee Hagan Schader set a tree in the front seat of a small car as part of the tree giveaway Friday, April 22. 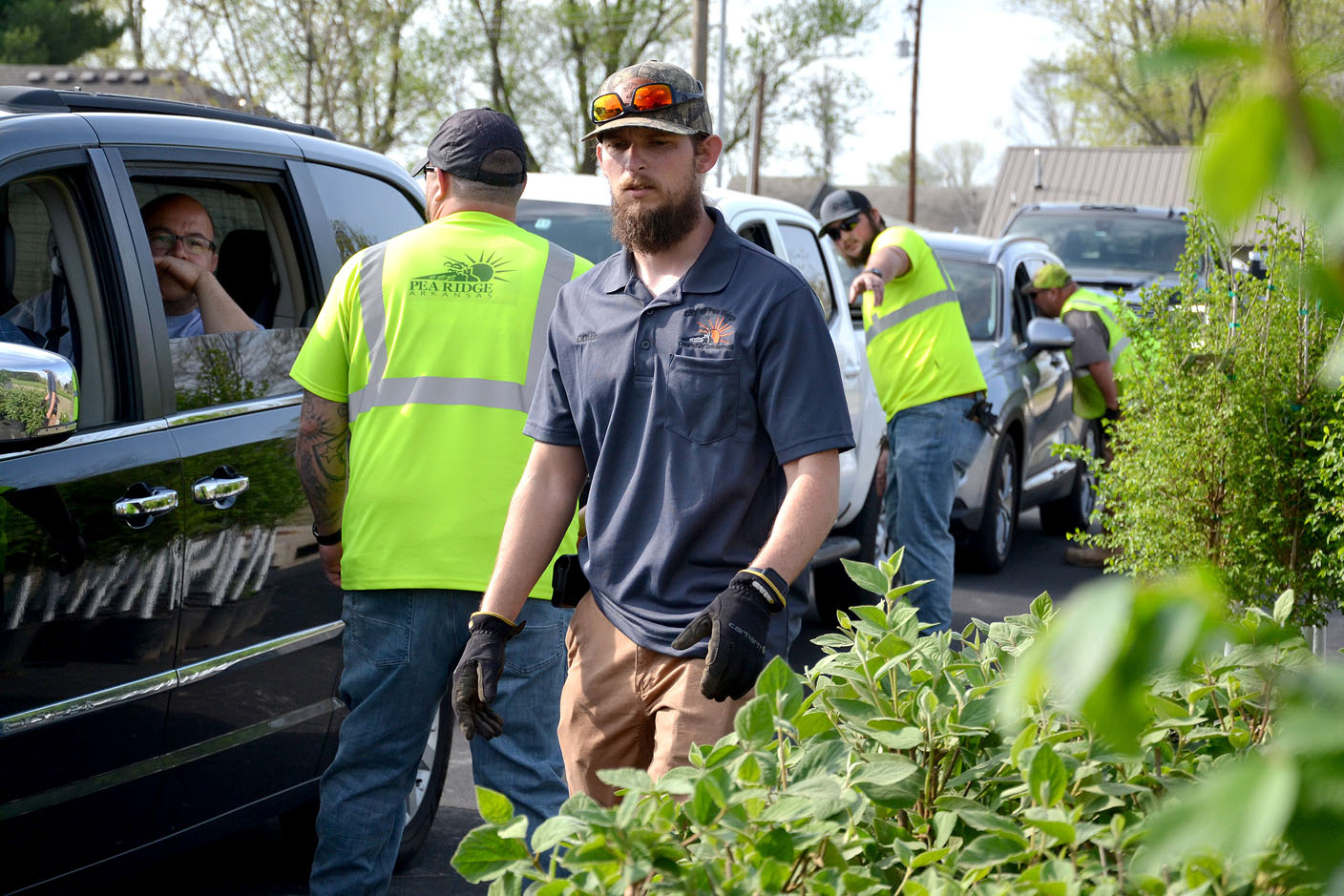 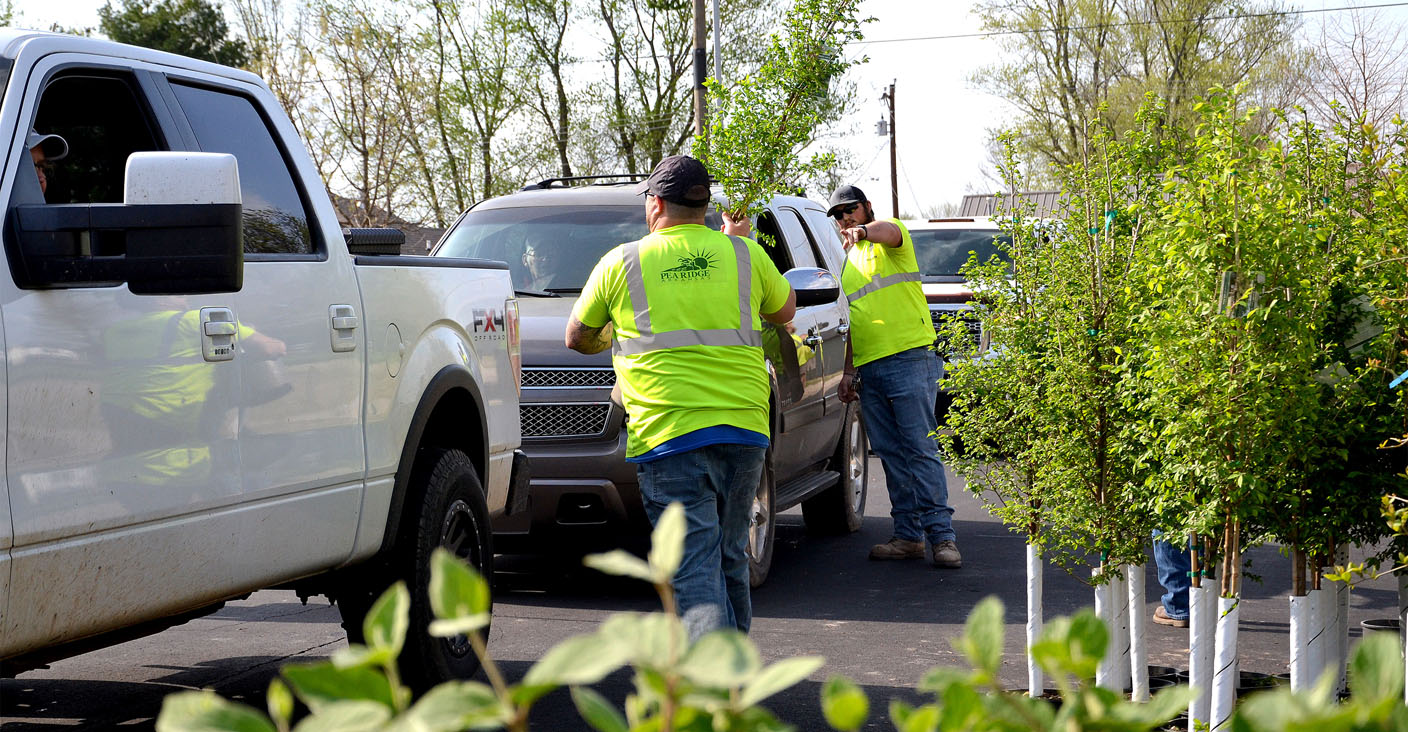