The world in brief: Guard killed at West Bank settlement 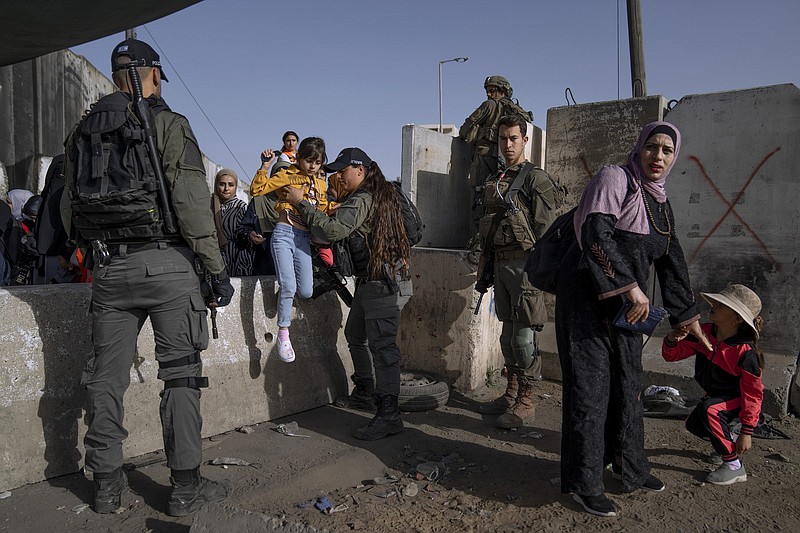 An Israeli border police officer assists a young Palestinian girl and her mother crossing the Qalandia checkpoint on Friday to pray at the Al-Aqsa Mosque in Jerusalem. (AP/Oded Balilty)

JERUSALEM -- Palestinian assailants shot and killed a security guard at the entrance of a Jewish settlement in the occupied West Bank late Friday, the Israeli military said.

The Israeli military said the attackers arrived at Ariel settlement entrance and shot the guard in his post before fleeing the scene. The military launched a pursuit of the suspects in the West Bank.

Hamas, the militant group ruling Gaza, praised the attack but stopped short of claiming responsibility for it.

Police say Palestinians inside the Al-Aqsa Mosque compound began hurling stones and fireworks around dawn in the direction of the Western Wall, the holiest place where Jews can pray. The police advanced into the compound, firing rubber-coated bullets.

The violence ended around an hour later.

The Palestinian Red Crescent emergency service said more than 40 people were wounded, with 22 requiring treatment at local hospitals. It said one of its medics was beaten by police.

The police did not immediately respond to a request for comment, but said in a statement they had arrested three people.

ISLAMABAD — A Pakistani aid group dedicated to child protection said Friday its data shows assaults and sexual abuse of children have surged by nearly a third in the country last year.

The organization’s director said she fears an increase in “dark web” gangs trading in child pornography and buying and selling children are to blame for the increase, along with lock-downs imposed during the coronavirus pandemic.

The Sahil organization said the number of cases increased 30% in 2021, compared to the year before.

In its annual report entitled “Cruel Numbers,” the group says there were 3,852 cases of child sexual abuse in 2021 in Pakistan, including child marriages.

Sahil records cases reported daily in more than 80 national and regional publications across Pakistan. Roughly 80% of those cases result in charges, the report said, noting that the vast majority of abuse cases rarely get reported.

According to the data, 54% of the victims were girls and 46% were boys. The sexual abuse of boys mostly took place between the ages of 6-16, girls were abused at an even younger age.

During pandemic measures such as lockdowns and school closures, child abuse rose in many places, in part because with children being out of school, there was less supervision, increasing their vulnerability.

The majority of those committing the assaults were family acquaintances or otherwise known to the children, said the report.

DUBAI, United Arab Emirates — The United Arab Emirates has purchased a seat on a SpaceX rocket for an Emirati astronaut to journey to the International Space Station for a six-month stay, officials said Friday, the federation’s first longterm mission as it advances its ambitions in space.

The UAE purchased the seat on the SpaceX Falcon 9 rocket through a private Houston-based company, Axiom Space, a space tour operator that has been leading efforts to commercialize the industry. The mission is scheduled for launch next year from the Kennedy Space Center in Florida.

This will mark the UAE’s second time sending an astronaut into space. The UAE statement did not identify the astronaut picked for the 2023 mission.

The statement also did not say how much the country paid for the prized seat on the rocket built by Elon Musk’s SpaceX. Axiom’s ticket price for wealthy citizens who paid their way to the International Space Station earlier this month was $55 million apiece for the rocket ride and accommodations.

Friday’s announcement is part of a flurry of activity in the UAE’s space program. In 2024, the country hopes to put an unmanned spacecraft on the moon.

The UAE also has set the ambitious goal of building a human colony on Mars by 2117.

Kibaki, whose death was announced last Friday, has been praised by Kenya’s current leaders as a respected statesman. He was 90.

Kenyan President Uhuru Kenyatta in his tribute Friday called Kibaki “one of the greatest African statesmen of his generation.” Authorities declared Friday a public holiday in honor of Kibaki, who served two terms as president from 2002-13. The presidents of Kenya, South Africa and South Sudan are among the dignitaries who attended the state funeral in the capital, Nairobi.

Hundreds of Kenyans had stood by the roadside to watch a military procession escorting the hearse to the national stadium where thousands more had gathered since early morning.

Kibaki was set to be buried today at his ancestral home in central Kenya. 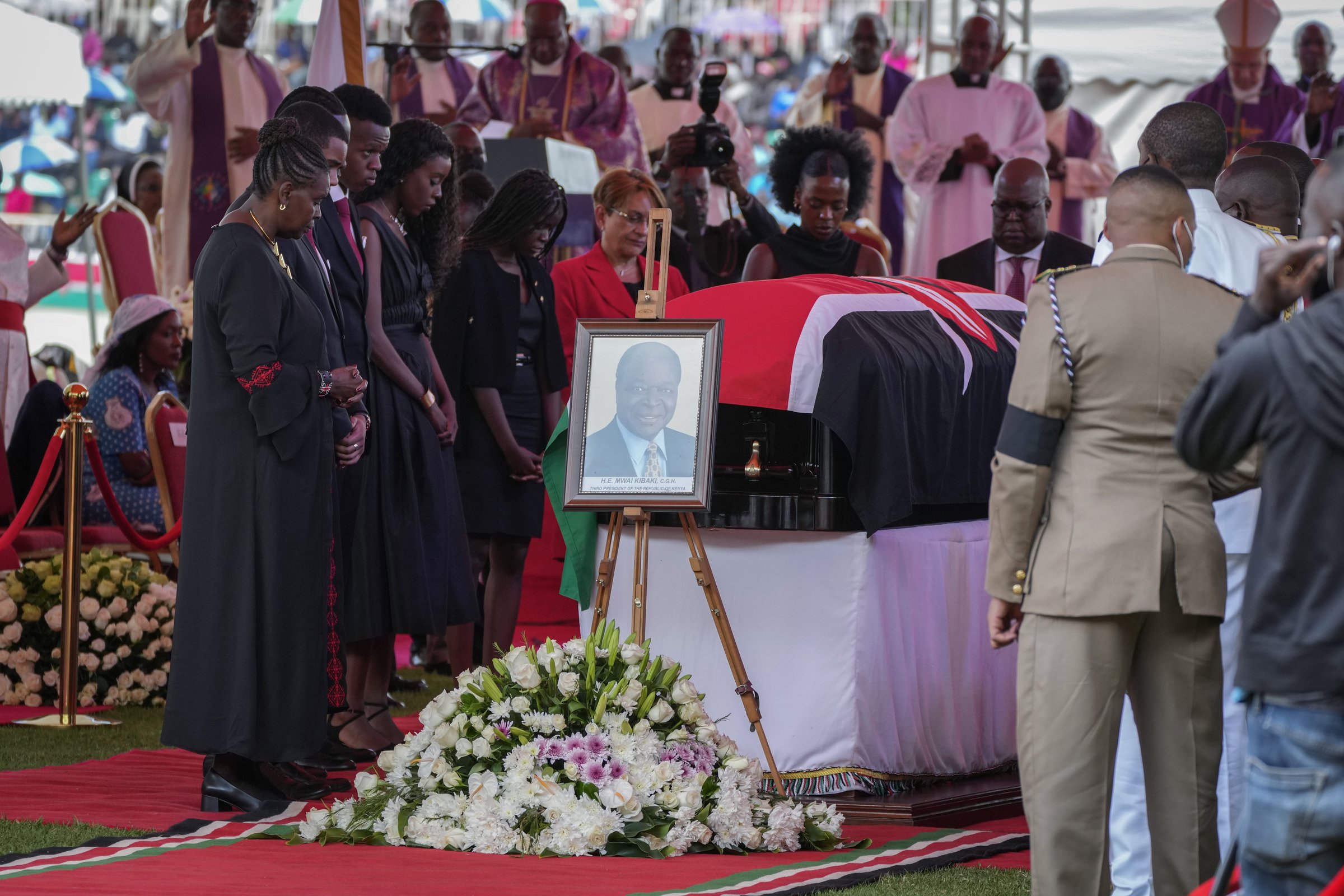 Family members pay their respects next to the coffin of Kenya’s former President Mwai Kibaki, at his state funeral on Friday in the capital Nairobi, Kenya. (AP/Khalil Senosi)