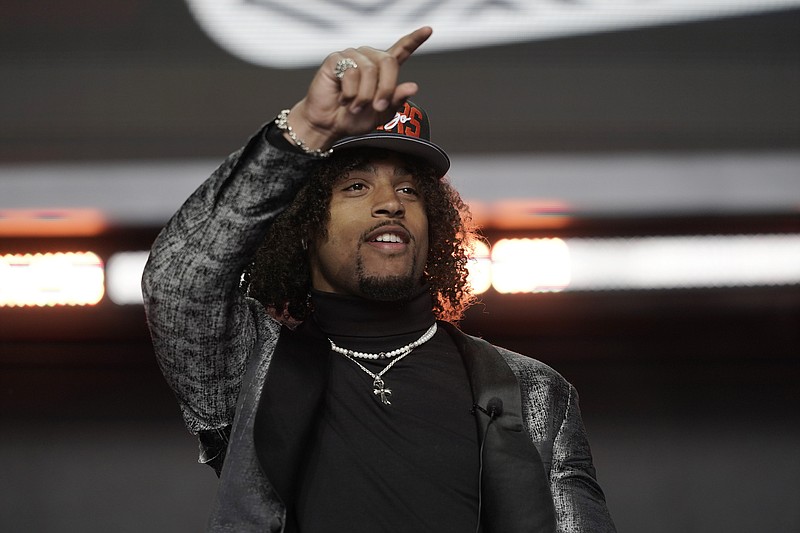 Washington cornerback Kyler Gordon points after being selected by the Chicago Bears during the second round of the NFL football draft Friday, April 29, 2022, in Las Vegas. (AP Photo/Jae C. Hong)

LAS VEGAS -- It took 42 selections Friday before a second quarterback was taken in the NFL draft. And it was a proven commodity in college, Cincinnati's Desmond Ridder.

A full 54 spots after Kenny Pickett of Pittsburgh went 20th to the Steelers on Thursday night, Ridder was taken by Atlanta.

The Falcons traded longtime starter Matt Ryan to Indianapolis in the offseason and they have Marcus Mariota as the potential starter. Ridder, who led a non-Power Five team to the College Football Playoff for the first time, has a skill set that's been compared to Mariota's.

This is the first draft since 2000 that only one quarterback went in the first two rounds: Pickett this year, Chad Pennington to the Jets back then. It's the latest since 1996 for the second QB to go: Bobby Hoying went 85th that year.

"We're sitting there waiting and waiting and waiting and we're not getting anything and I finally texted Malik Willis and I'm like 'What's going on?' " Ridder said, referring to the Liberty quarterback. " 'Man, they don't like us or what?' He was just like 'Let's sit and be patient. God is going to do his thing.' "

Willis didn't quite hear his name before Hoying did way back when. The next quarterback chosen, he went to Tennessee at No. 86 when the Titans traded up with the host Raiders -- who still hadn't chosen.

"Hey I'm just blessed I have somewhere to go, someplace to call home," said Willis, who rented out a bowling alley in Las Vegas for about 100 people. " I'm appreciative of the opportunity to play at the next level."

The Raiders finally went at No. 90, getting Memphis guard Dylan Parham, four spots before another passer, Mississippi's Matt Corral, was taken by Carolina with its first selection since the sixth overall pick.

Before Ridder was called, both players of the year from the Big 12, a standout receiver from an FCS powerhouse, and more trades marked yet another dizzy and busy round.

The drafting began Friday with Houston defensive tackle Logan Hall going to the Buccaneers. Tampa Bay, under new head coach Todd Bowles after Bruce Arians retired last month, owned the spot after trading with Jacksonville the previous night. Bowles' background is on defense, so Hall seems a natural choice. He goes 6-6, 275 pounds and is known for his relentlessness. He comes off elbow surgery and missed the Senior Bowl.

"We need D-linemen," said Bowles. "We like depth. We play a lot of people down there and platoon a lot of people, so it has no bearing on the other guys."

Green Bay began another bevy of trades by moving up to the second spot to at last help Aaron Rodgers with a highly drafted rookie receiver. Rodgers famously has sought more input into Green Bay's drafts, and the Packers didn't select a wideout in the first round with their two picks because the top prospects were gone. But they used the second slot in the second round to grab North Dakota State's Christian Watson, who averaged 20.4 yards per reception in his career. The Packers drafted his father, former Howard defensive back Tim Watson, in 1993.

Watson comes from a FCS school, but the Bison are as close to FBS as you can get, perennial championship contenders on their level, winning nine of the past 11 national titles. It's the fourth consecutive year a North Dakota State player has been drafted.

The Packers traded their All-Pro receiver, Davante Adams, to Las Vegas this offseason.

"Obviously being able to catch passes from one of the best to ever do it is something I'm definitely excited about," Watson said. "I feel like I'm going to be able to learn and grow a lot through not just him but all the other receivers and everyone else in the organization as well. I definitely couldn't be more excited to go at it with Aaron Rodgers."

Ten teams didn't select on Thursday, when the Jets got three players. On Friday, they made another deal, with the other New York team. Getting the fourth position in the round from the Giants, the Jets not only took the first running back, two-time All-American Breece Hall of Iowa State, but the first player from the Big 12, the only Power 5 conference blanked on the opening night.

Hall was the top offensive performer in the Big 12 last season, and one spot later, the defensive player of the year, safety Jalen Pitre, went to Houston.

Hall was in Las Vegas, though he didn't attend the draft until he was chosen. Then he came by the theater near the Strip and, wearing a white T-shirt rather than the seemingly requisite custom-made suit, he got his hug from Commissioner Roger Goodell.

"A three-down back," Hall said when asked what New York is getting by adding him. "A guy who can catch the ball, make people miss, run you over and somebody that plays hard. A person who's just as good off the field as he is on the field, so a guy who's going to impact the community and just be more than a football player."

Kyler Gordon, one of four invitees not chosen on Thursday, got his time onstage when the Washington cornerback went to Chicago at No. 39 -- the Bears' first selection of the draft.

Baltimore gambled at No. 45 by taking Michigan edge rusher David Ojabo, who was a certain first-rounder before tearing his Achilles tendon during his pro day. Ojabo, of course, played for Jim Harbaugh with the Wolverines, and the Ravens are coached by his brother, John.

Kansas City, seeking a wideout with Tyreek Hill dealt to Miami, used the 54th spot for Skyy Moore of Western Michigan. Presumably, Moore can sky for passes. With 4.4 speed, he caught 95 passes for 1,292 yards and 10 touchdowns for the Broncos last season.

Through three rounds, nine players from the national champion Bulldogs were taken, with six from runner-up Alabama. Five have gone from Cincinnati and two from Michigan, the four College Football Playoff squads in 2021.

Second and third round selections 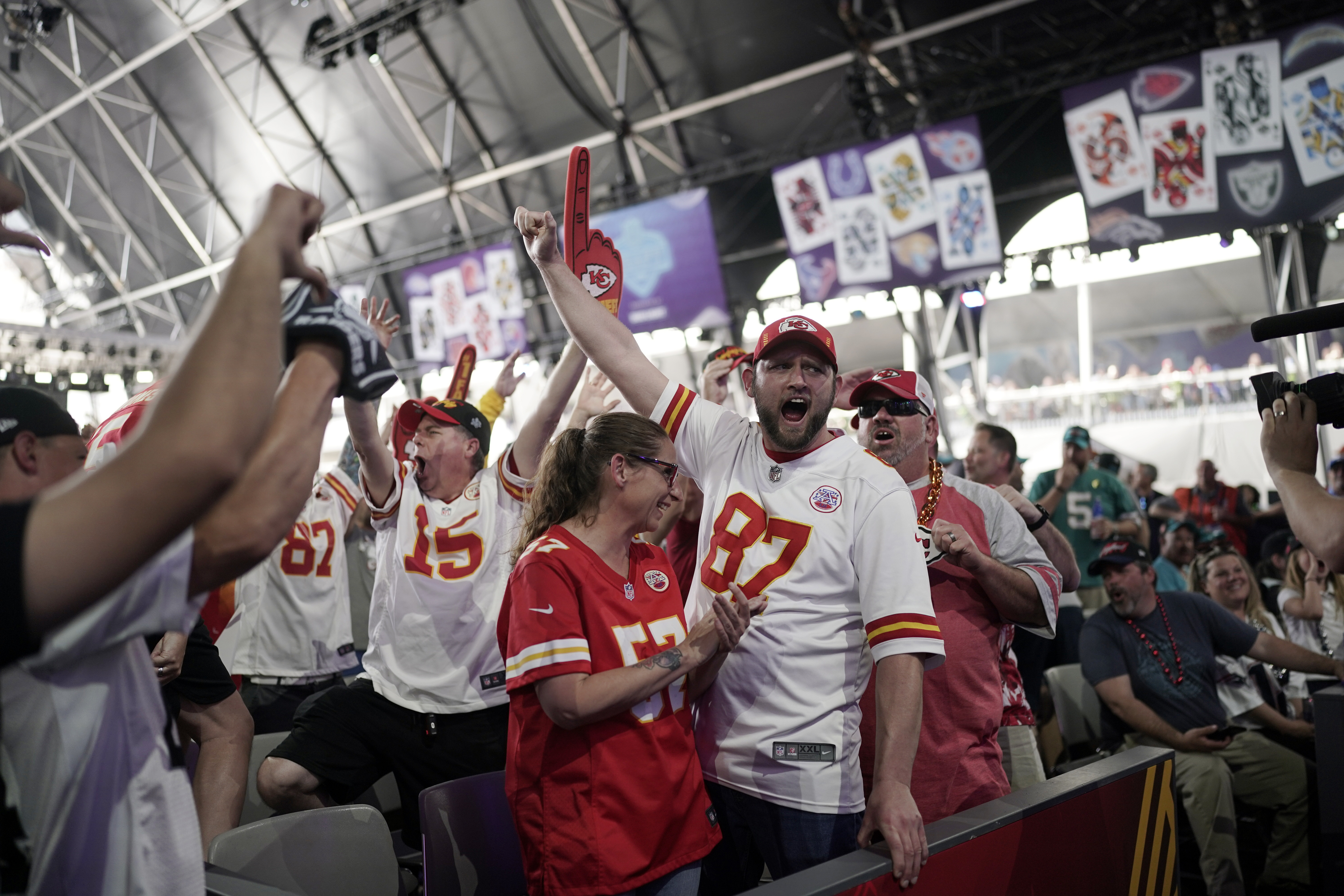 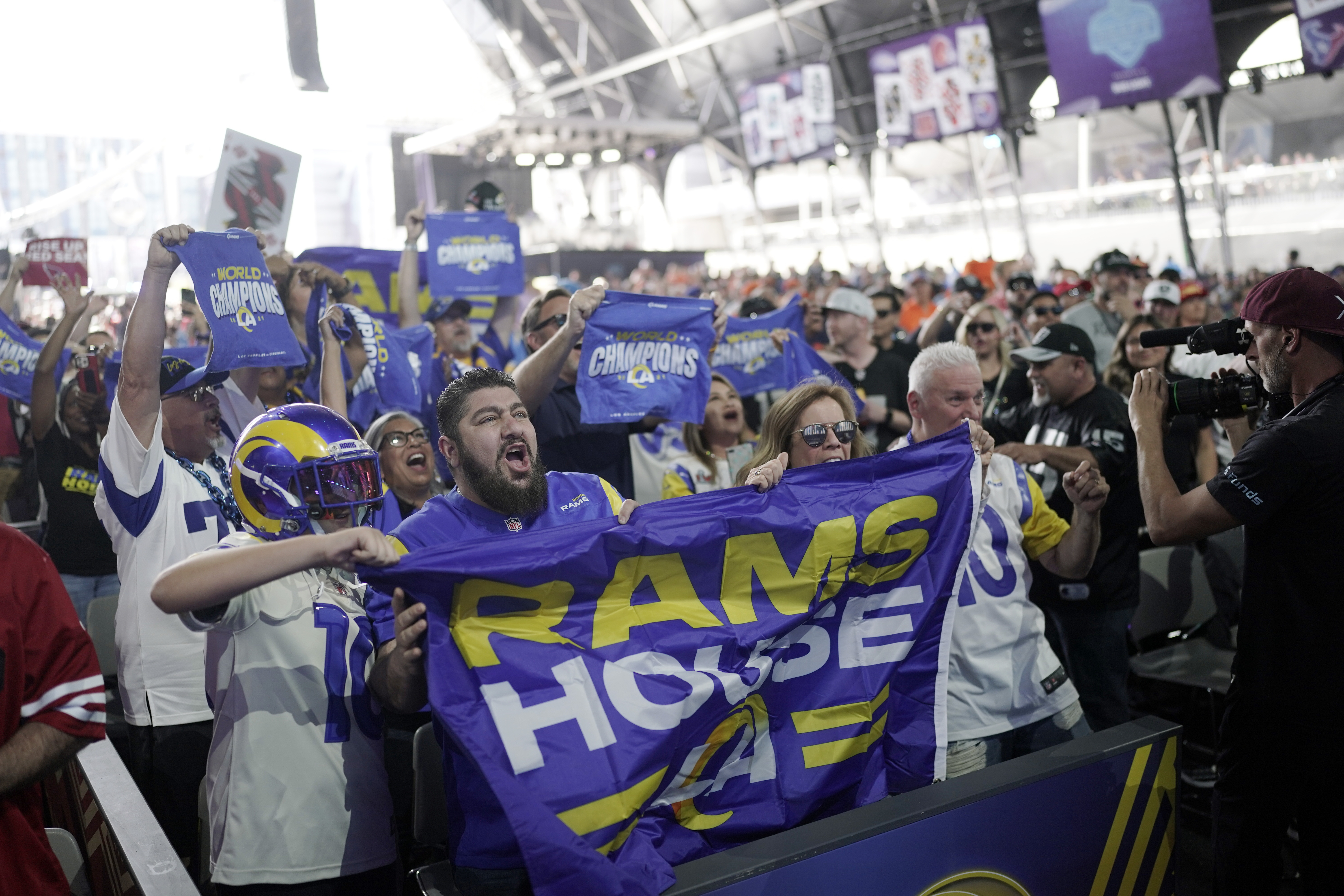 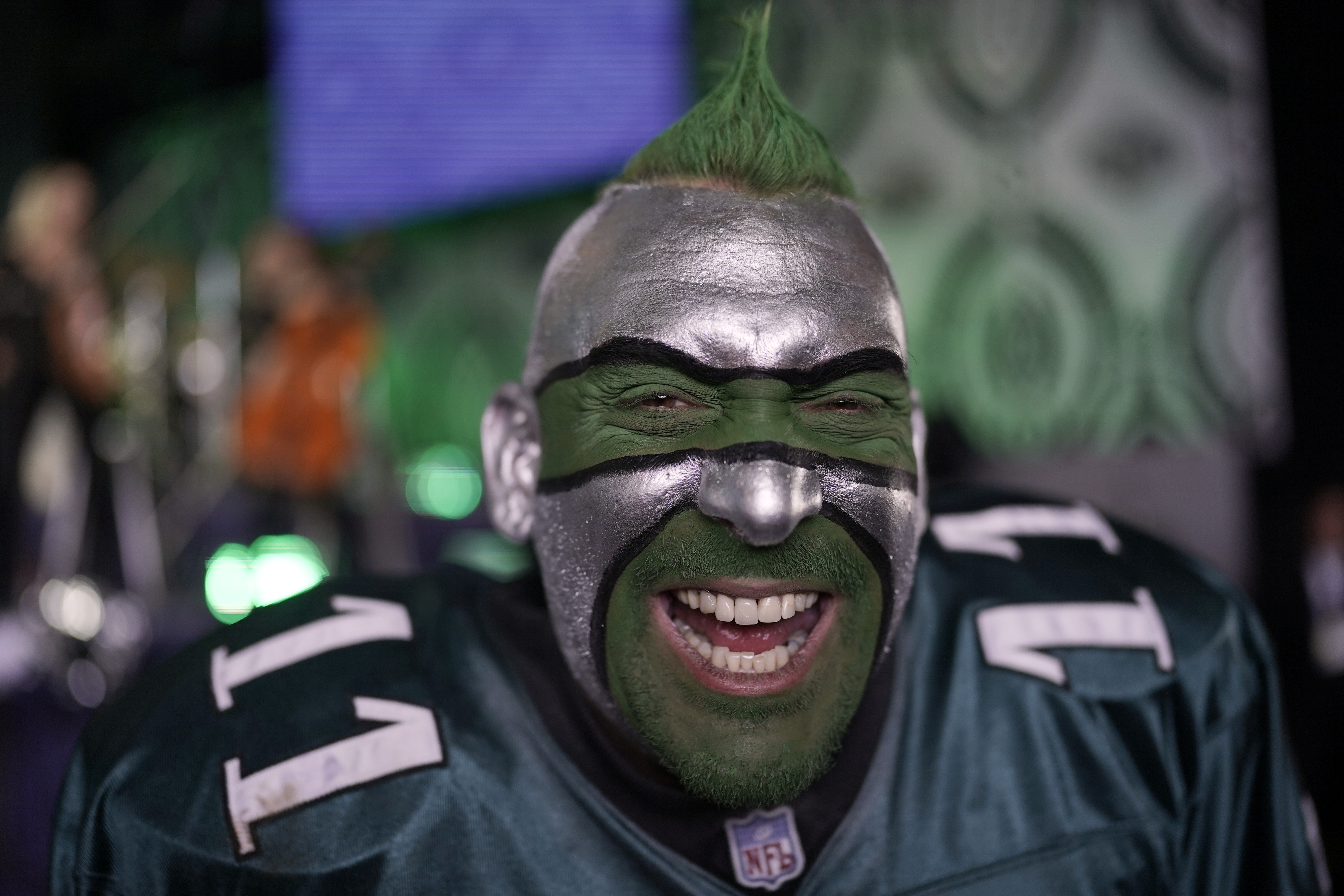 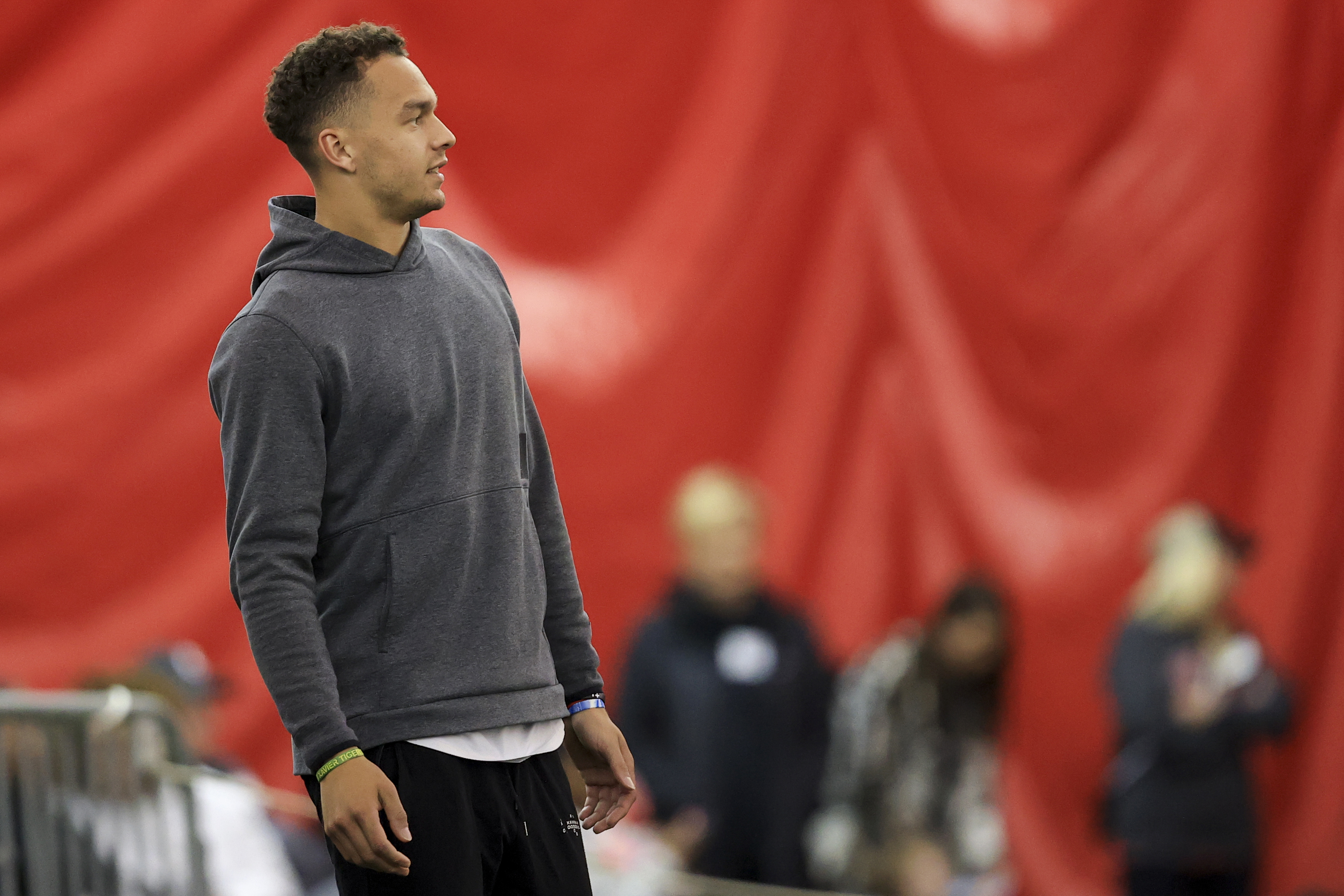 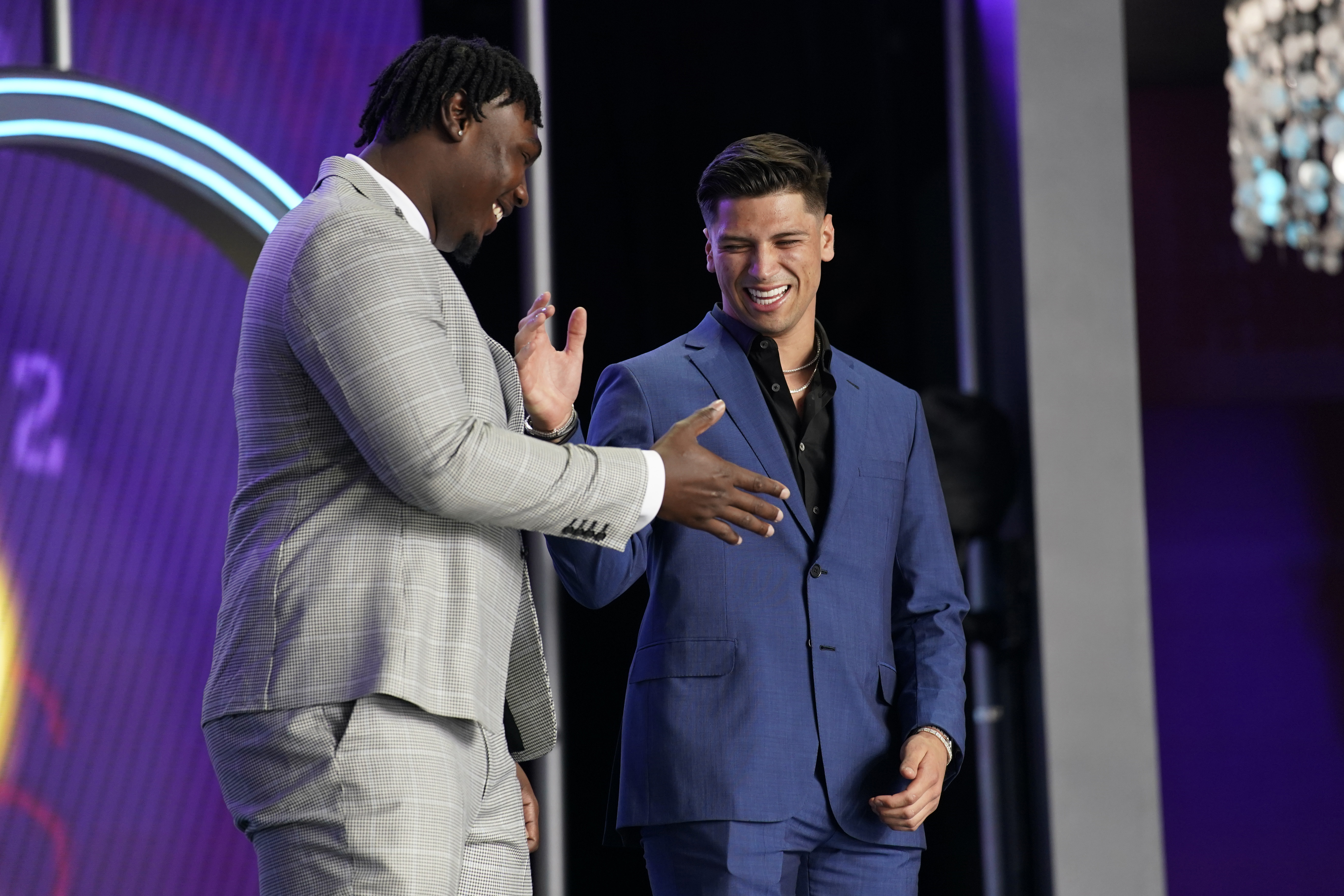