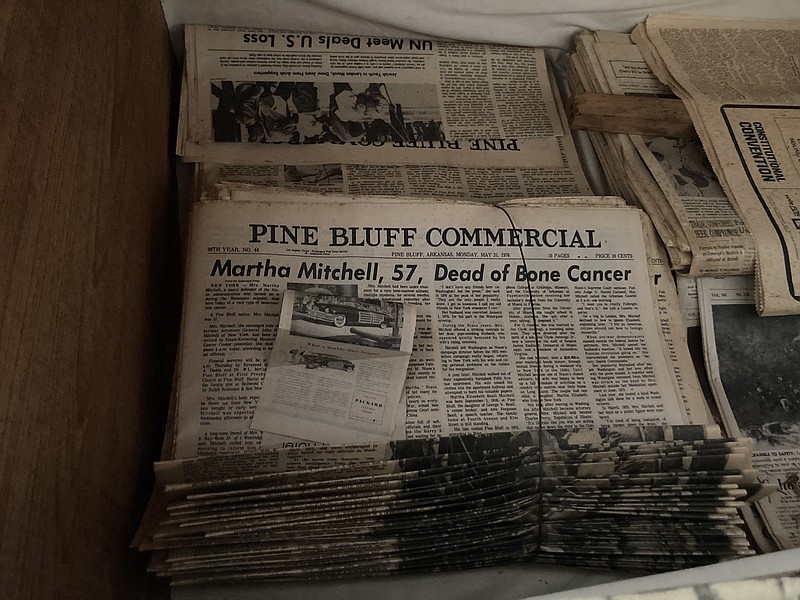 A woman from Florida is buying the historic Martha Mitchell house with plans to hold retreats at the site as well as honor Mitchell's memory.

Jennifer Louviere Medeiros said Monday she had been looking to buy a home on the National Register of Historic Places and had searched from her home in Beverly Hills, Fla., all the way up to Maine but with no luck.

"Then I saw this on an old register of homes website and called Bob Abbott and we struck up a friendship," Medeiros said from the front porch of the 3,840-square-foot structure located at 902 W. Fourth Ave.

Abbott, a businessman in Pine Bluff with an office across the railroad tracks from the Mitchell home, has owned the house and adjoining property since 1975 and has given hundreds of tours across the years.

"We haven't closed yet," Abbott said, "but she's joined the Chamber of Commerce and put earnest money down and she's a live wire. She's worked on other old houses but not one with this history."

Medeiros was attracted to the home because of the price Abbott was asking. (Neither would divulge the amount but both called it "reasonable.") But when she started reading up on the famous woman who was born in the house in 1918, she knew she had to buy it.

"I was born in 1973 so I knew nothing about Watergate," she said, sitting in the home's entryway with its hardwood floors and ceilings that stretch up at least 12 feet high. "Then I read about this woman who lived here and thought, 'Oh, my gosh, I've hit the jackpot. Oh, my gosh, a new hobby, a new purpose in life.' She's a strong woman and we need to keep her memory alive. You don't know how excited I was to stumble across this. This is my second chapter."

That second chapter has a multitude of topics with Medeiros describing the restorations she wants to make -- mainly replacing tattered wallpaper and painting -- and gardens she wants to establish on the surrounding grounds that Abbott included in the sale price, a retreat for women and children through which she wants "to honor the memory of Martha" as well as the tours that will be available.

Medeiros said title work is being handled now, and a date for closing on the sale should be no later than the end of August with a ribbon cutting set for Sept. 2, which is Mitchell's birthday.

Abbott has been marketing the house, built in 1887, for several years, hoping to find a buyer as eager to continue Mitchell's legacy as he was when he bought it.

"I could have sold it to a lot of different people, but they didn't want to do anything with it," he said, other than to live in it or rent it out. "And I may be wrong, but I think with the right marketing of this house and the music hall of fame and railroad museum and city museum, there should be buses coming to town every day with tourists." Abbott was referring to the Arkansas Entertainers Hall of Fame, the Arkansas Railroad Museum and the Pine Bluff Historical Museum.

He said, however, it was time to pass that torch to someone else to pursue those goals, which is why he said he was excited to find Medeiros.

The house is in what appears to be remarkably good shape for its age, a result, no doubt, of Abbott's attention to maintaining it across the decades. The wallpaper is torn in places, and a fresh coat of paint is needed both inside and out, but the floors are sound in all but a couple of rooms, and on this hot day, the air conditioning was working splendidly.

Throughout the structure, original paintings and photographs adorn the walls, and furnishings still sit in place across the many rooms. In the living room, there's a baby grand piano that Mitchell used to play. In the dining room, the family's china still sits inside a case and a sideboard. And on the dining room table, magazines, newspaper clippings and other memorabilia await visitors.

"Bob showed me a photograph of Martha as a child sitting with her grandparents, and they were sitting on that very sofa," Medeiros said, pointing to a long Victorian couch in the living room.

"Gaslit," a Starz series starring Julia Roberts as Martha Mitchell, also got Medeiros' attention and whetted her enthusiasm for the house.

"My husband and I have recorded every episode and watched every one of them," she said.

Martha Mitchell's story, known particularly well by many Pine Bluff residents and as presented by the series, highlights Mitchell's time in Washington, D.C., where her husband, John Mitchell, was attorney general during the Nixon Administration. Martha Mitchell would relay to reporters the scandalous tidbits of information she learned from her husband, giving her the nickname "the Mouth of the South."

In one interview, Nixon blamed Martha Mitchell for his downfall and said that if his attorney general had been paying more attention to what was going on in the White House and less to his wife, there would not have been a Watergate crisis.

Medeiros is native of Louisiana -- she calls herself a Cajun -- and says she found a "kindred bond" with the experiences and life of Martha Mitchell. She has a bachelor's degree in business administration and master's degree in complementary alternative medicine. She also served in the U.S. Navy as a religious program and combat specialist.

She said that, throughout her life, she has "developed a passion and desire to stand up for her beliefs," making her an advocate for women and children, equal opportunities and civil rights.

Mederios said she also plans to develop a scholarship program for young women in honor of Mitchell and hopes "to be a vital part in the growth of the Pine Bluff community by building lasting relationships with the community and its leaders."

"I know how important this next chapter of my life will be, and I'm honored to take these next steps with the great state of Arkansas and be a voice for the people and of the people," she said.

Medeiros said tours will begin in September, with a ribbon cutting set for Sept. 2 at 11:30 a.m. and an open house from 11 a.m. to 2 p.m. that same day. Renovation work will begin in October. She said she plans on splitting time between her Florida home and the Mitchell home where she will live in one of the upstairs rooms. A caretaker, she said, will handle tours and keep an eye on the house in her absence.

"It'll take me about a year," she said of the improvements. "It's going to be beautiful." 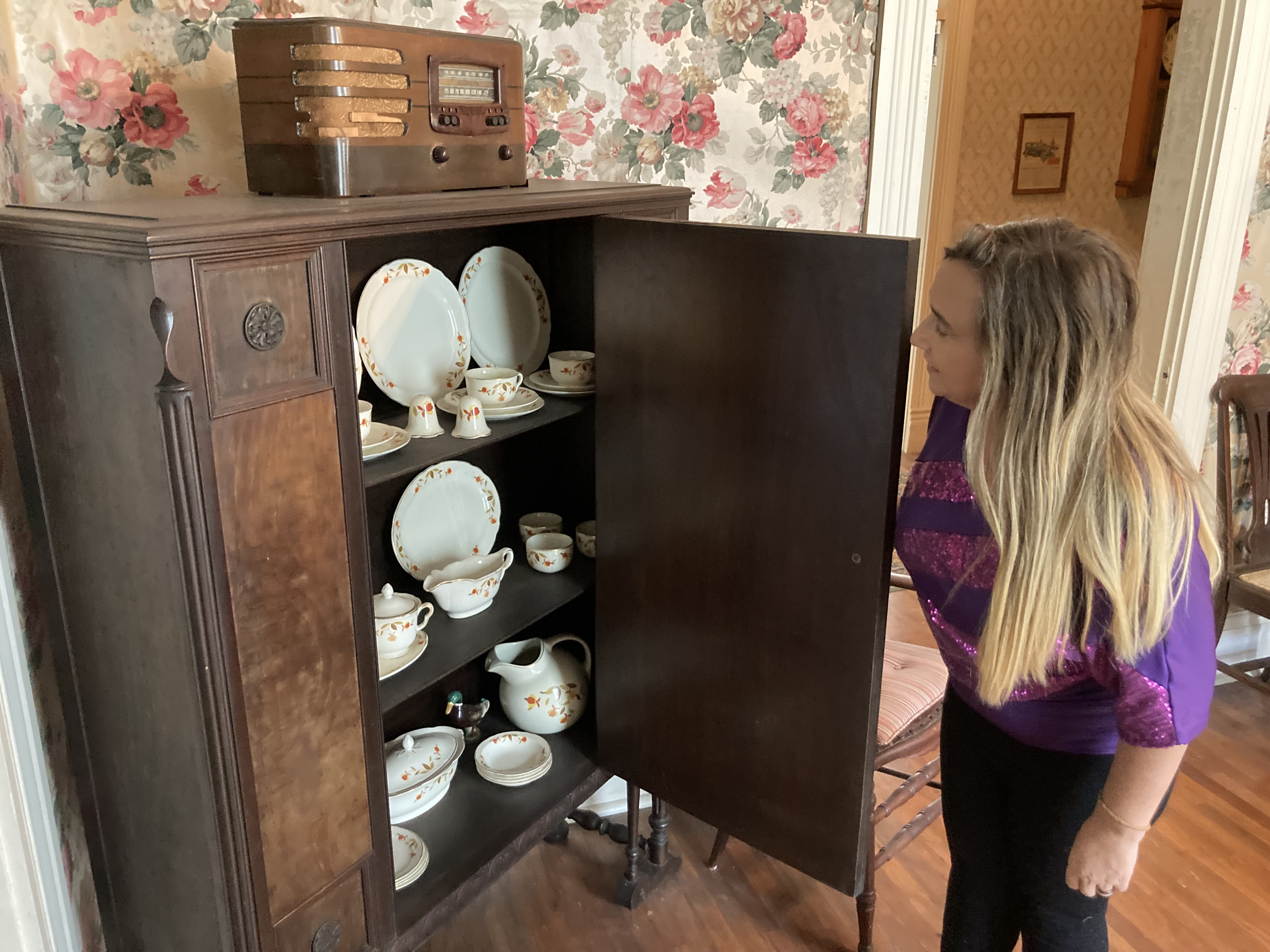 Jennifer Louviere Medeiros, who is buying the Martha Mitchell house, admires some of the Mitchell family's china that is still stored in a dining room hutch. (Pine Bluff Commercial/Byron Tate) 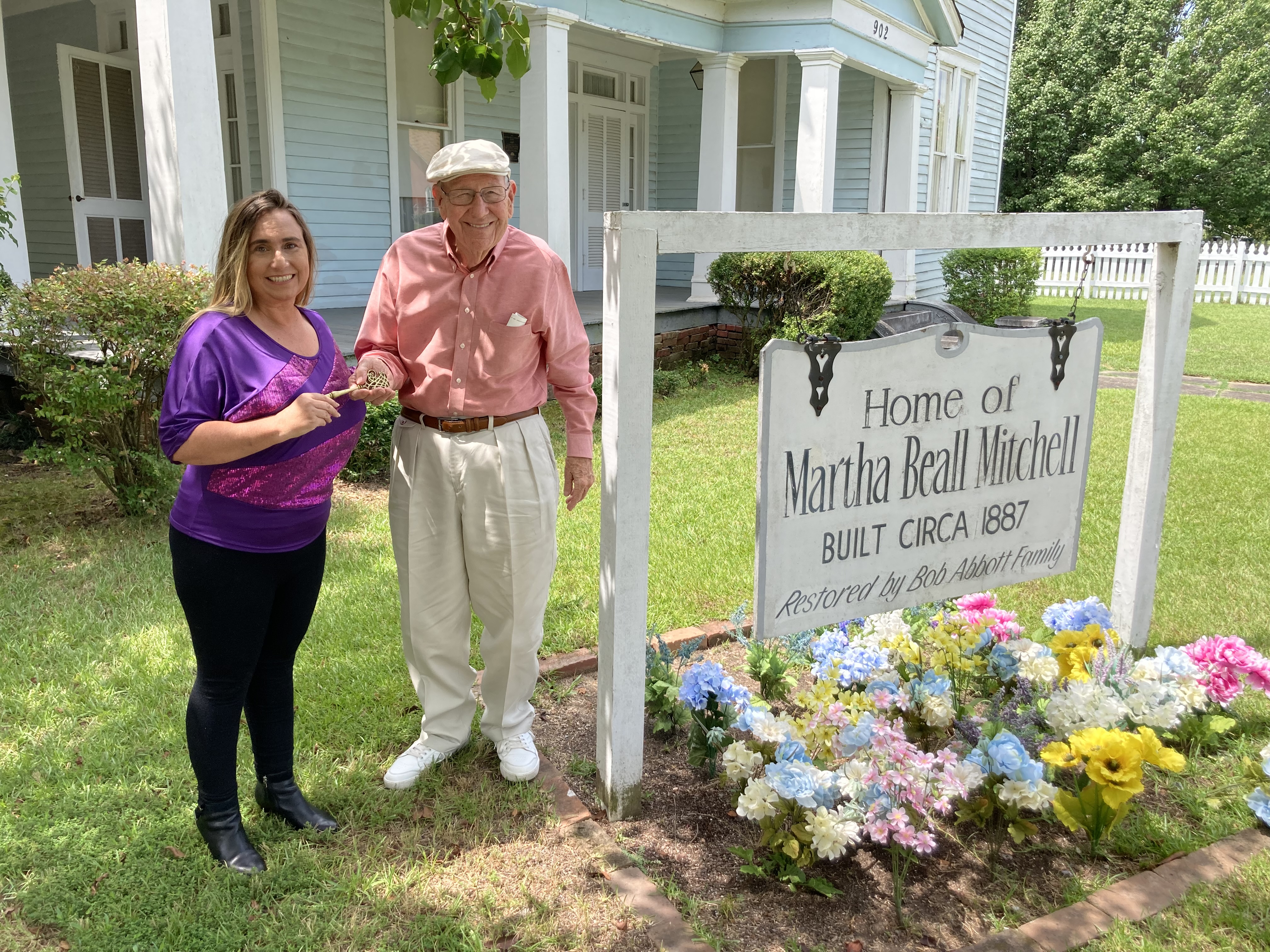 Jennifer Louviere Medeiros poses with Bob Abbott in front of the Martha Mitchell house on Monday. Medeiros is buying the house from Abbott, who has owned it since 1975. (Pine Bluff Commercial/Byron Tate) 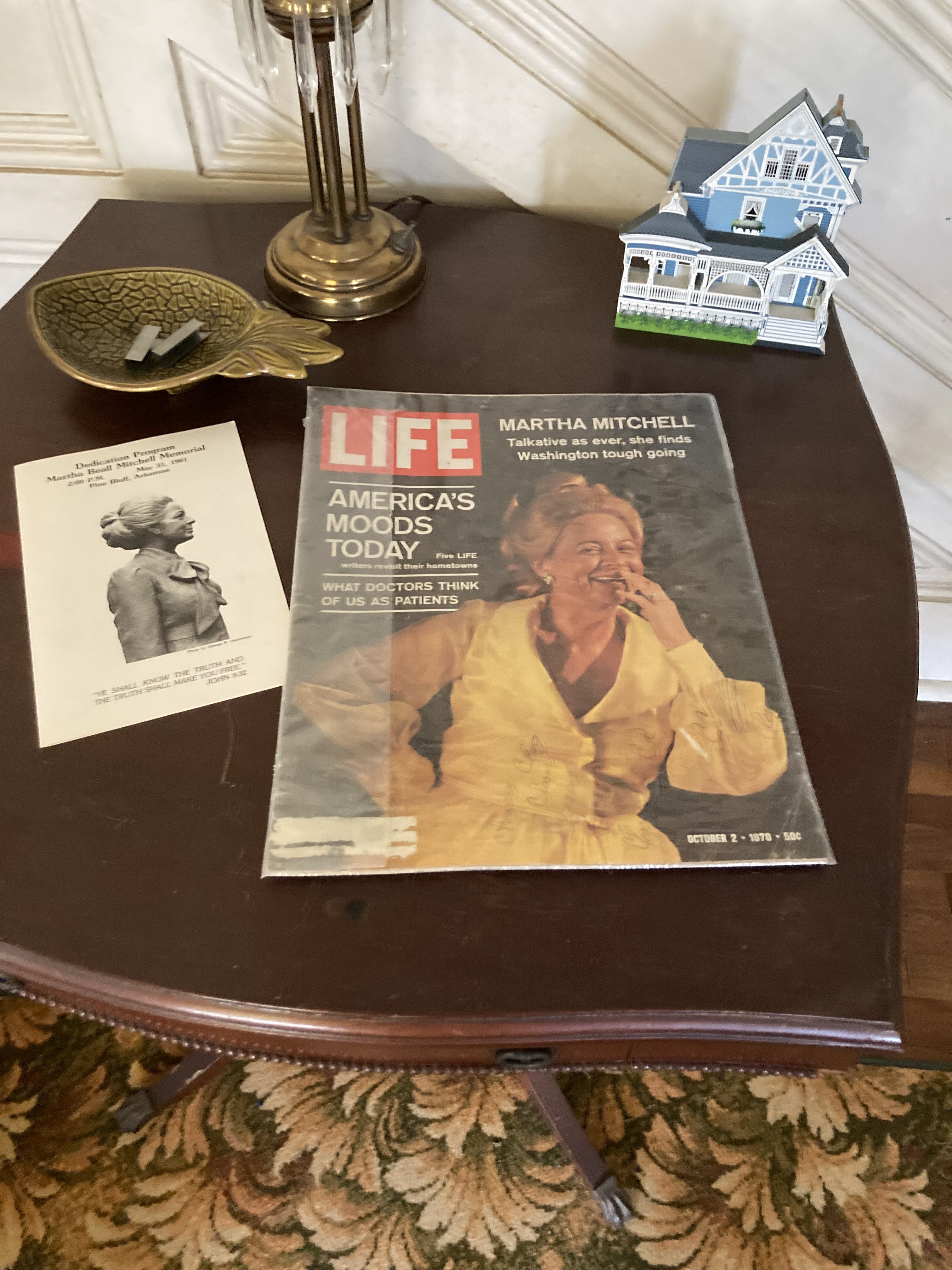 Magazines and other Martha Mitchell memorabilia are sprinkled around the Martha Mitchell house, which is being sold to Jennifer Louviere Medeiros, who said she wants to honor the Pine Bluff woman's legacy. (Pine Bluff Commercial/Byron Tate)