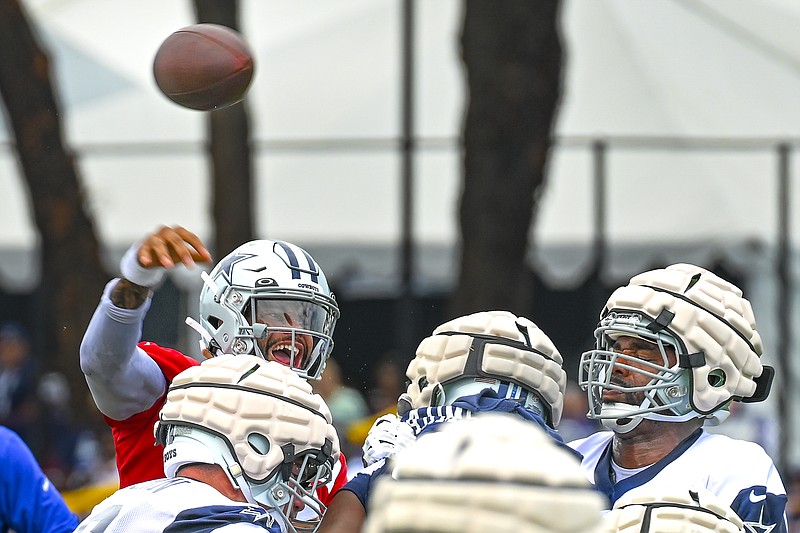 OXNARD, Calif. -- Dak Prescott had fair warning before his first meeting with reporters at training camp that Dallas Cowboys Coach Mike McCarthy had just delivered his best line so far in California.

Something about quarterbacks being the key to winning Super Bowls.

Dallas is the most overdue among the NFL's storied franchises for a trip even close to that far in the playoffs. That's part of why the star QB got a heads-up from the public relations staff before stepping to the podium.

Prescott knew what his coach was saying.

"I feel like we talked about that in a lot of conversations," Prescott said. "Obviously the old saying, defense wins championships, it's true. And when he says quarterbacks win the Super Bowl, it means they have to make big plays in big moments in games like that."

For all the talk about the Cowboys not getting off the snap in time for a final play in a 23-17 home wild-card loss to San Francisco last January, most of it hasn't been whether Prescott ran too far trying to set up one last throw to the end zone.

Maybe it was a moment of imprecision in a big game for Prescott. Maybe not. But it came after plenty of other misfires for an offense that deteriorated from one of the best in the NFL early in the season to one of the most inconsistent late.

McCarthy was asked two days into camp where he thinks the 2016 NFL Offensive Rookie of the Year can improve as Prescott, the starter since Week 1 of his first year, turns 29 and carries a 1-3 postseason record into his seventh season.

The sound bite that had Twitter buzzing came about halfway through the answer.

"This is Dak Prescott's offense and I think you see him taking ownership of that," McCarthy said. "Because at the end of the day, defense wins championships, but the Super Bowl is won by the quarterback."

Prescott understands that's how quarterbacking legacies are defined in Dallas. He replaced perhaps the best Cowboys quarterback not to win a Super Bowl in Tony Romo, whose preseason injury created Prescott's opportunity six years ago.

"The ones that we hold at the highest standard are the ones that have Super Bowl rings," Prescott said. "So, it starts there for me is trying to fill the shoes of those guys that have come before me and do something for this organization that hadn't been done in a long time."

The Cowboys haven't even reached an NFC Championship Game since the last of the franchise's five Super Bowls during the 1995 season. They have three NFC East titles with Prescott -- but two losses in playoff openers at home, including as the NFC's top seed his rookie year.

Prescott said Chad Bohling, the Cowboys' mental health consultant, showed him clips of the quarterback's postgame news conference after the loss to the 49ers, along with some of star running back Ezekiel Elliott.

It might have been the equivalent of hitting a reset button for Prescott.

"That feeling is a nasty feeling and that's one that when you think about it, you want to go work," Prescott said. "You want to do whatever you can to make sure that you don't feel that way again."

Two weeks before camp, Prescott said he was in the best shape of his career. Two days into camp, tight end Dalton Schultz said Prescott's throws have "a lot more horsepower."

Prescott credits an offseason training program that focused on rotating his body, using his legs and figuring out ways to increase power at different arm angles.

He's also more than a year removed from the gruesome ankle injury that ended Prescott's 2020 season in Week 5, and going into the second year of a club-record $160 million, four-year contract.

McCarthy said his line about quarterbacks and Super Bowls was his opinion, based on statistics. He also has proof from his one Super Bowl victory as coach in Green Bay.

Aaron Rodgers was MVP when the Packers won at the home of the Cowboys. Since coming to Dallas in 2020, McCarthy has said more than once the offense should be about making the quarterback comfortable.

"That's how I view the journey and the vision of how you prepare your team and what your team needs to look like," McCarthy said. "And I think he's a guy that emulates exactly what you're looking for, because he's always looking to improve in all the areas." 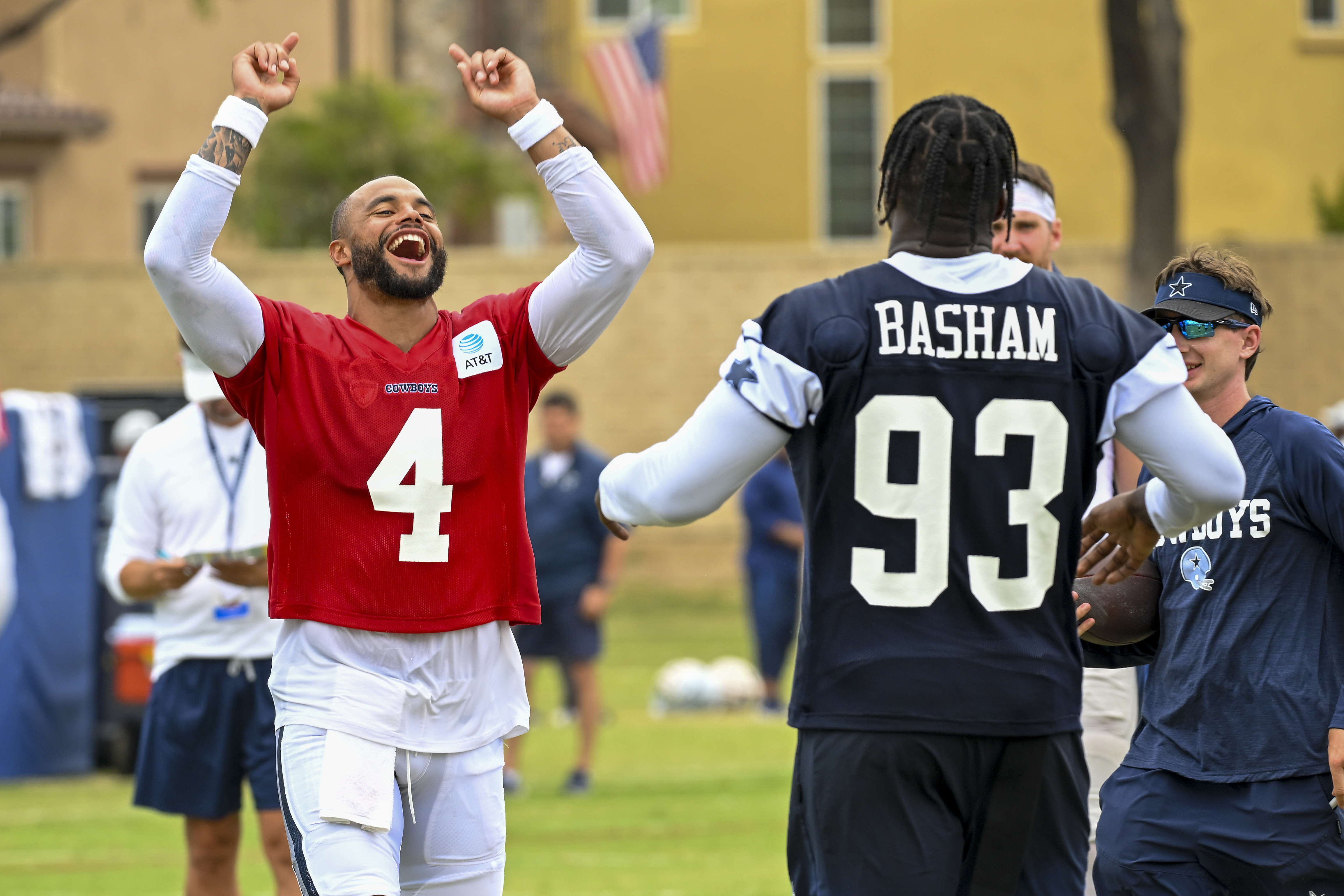 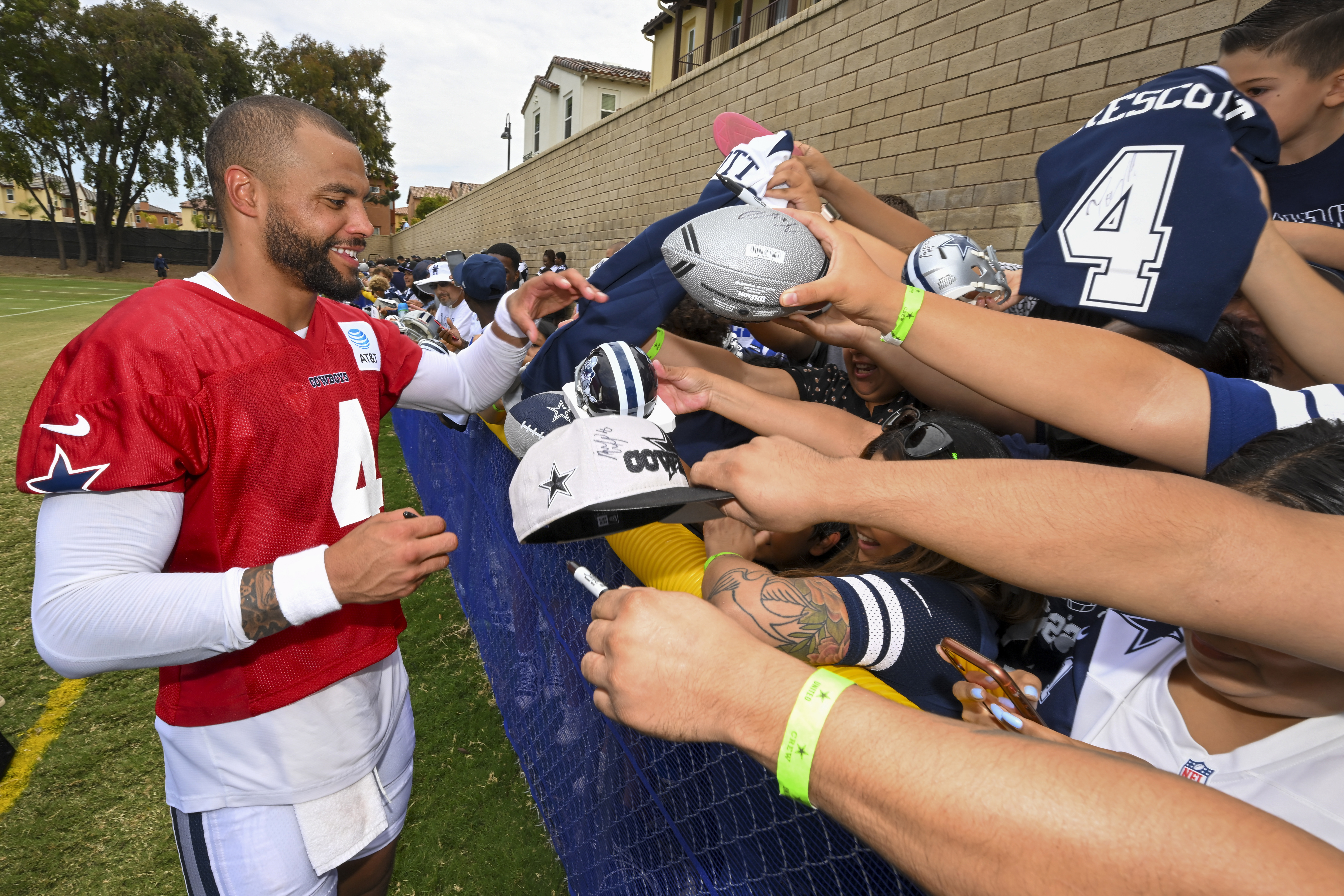