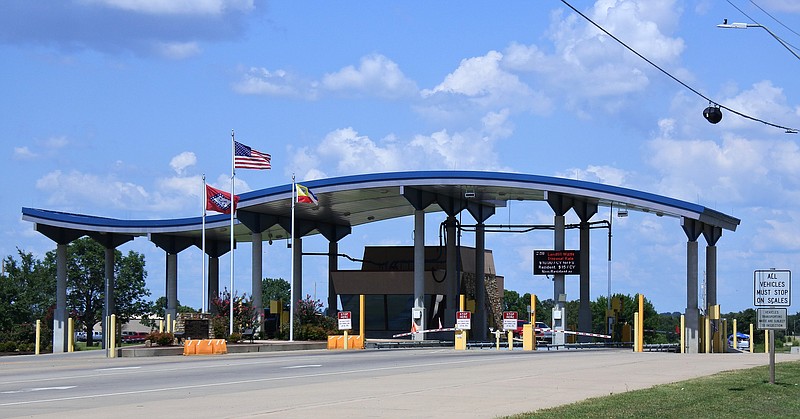 FORT SMITH -- A class-action lawsuit determined the city misused customer money from the Sanitation Department from July 2015 until May 2017, and now owes $745,057 in restitution.

Resident Jennifer Merriott filed the lawsuit against the city, seeking to recover money from a recycling program. She contended the city was guilty of illegal exaction and unjust enrichment because the city charged a roughly $13-a-month fee for recycling and was disposing of recyclables in the landfill.

Sebastian County Circuit Judge Stephen Tabor heard arguments in June after the lawsuit was delayed for several years due to various motions and the covid-19 pandemic.

The city contracted with Green Source Recycling in Clarksville, which ended in 2016 when Clarksville stopped accepting the city's recycling.

In a court filing June 24, the plaintiff says by the city's own estimates, over 95% of residential recyclables went to a landfill while the city encouraged residential customers to continue their recycling efforts and didn't inform them they were being taken to a landfill. The lawsuit argued since the money was wrongly appropriated, customers deserve compensation for the period when recycling efforts were paused.

City Administrator Carl Geffken said when he was hired six years ago, one of his main goals was to fix the problem, but it took longer than anticipated for another recycling firm to be hired.

"Now, for slightly more than five years, 100% of all recyclable material collected by the Fort Smith Solid Waste Department have been processed by our recycling firm," Geffken said.

The city argued in court documents the revenue from recycling fees went toward current and future sanitation expenses, and straining personnel with added work would have led to a higher monthly fee anyway.

Tabor's judgement was released Wednesday, and states the city purposefully deceived the public and the lack of honesty must be acknowledged. The restitution cost is based on rear loader operating costs and labor costs during the two year time frame.

"Evidence demonstrating the City's overt efforts to deceive its citizens was also clearly on display at trial," the judgment states. "The named plaintiff testified, and city employees confirmed, that both a recycling truck and a side loader visited the same houses on the same day, with the recycling trucks, bearing messages about their purpose, picking up recycling containers and the side loaders picking up other waste. This left Ms. Merriott, and certainly others, with the impression recycling was continuing unabated."

"Citizens should be able to trust the officials overseeing their business to be honest and transparent. Surely, the damage caused by a breach of trust may carry more weight than the perceived effectiveness of a single program."

Tabor noted the city had numerous outlets to communicate to sanitation customers that recycling had been halted. He said none were used, and evidence demonstrates the lack of communication was intentional.

"It is disconcerting to see the City dismiss the consequences of its actions on its citizens so cavalierly," the judgment states. "It is perhaps what is most concerning about this entire matter because it leads to a concern that the City genuinely believes it has the right to deceive the public when it suits its purposes. A lack of recognition or remorse leads to fears that such behavior may be repeated in the future."