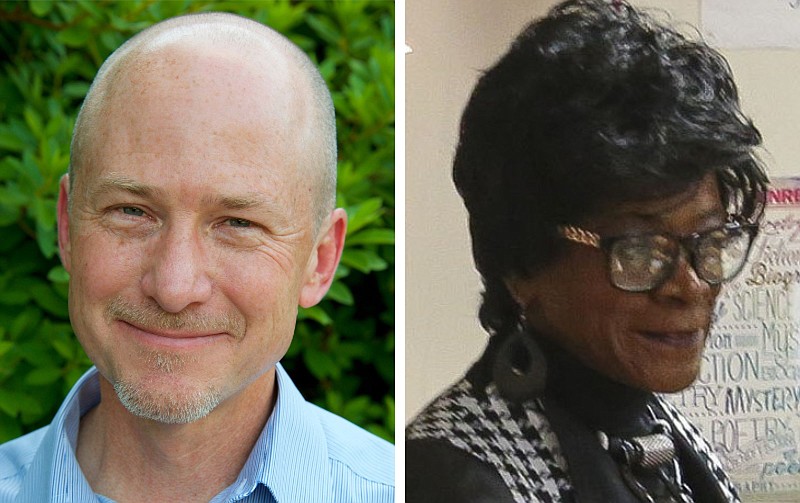 Greg Adams, current president of the Little Rock School Board, filed as a candidate from Zone 8 that represents a part of northwest Little Rock. Adams, the married father of two graduates in the district, is program coordinator for the Center for Good Mourning and Staff Bereavement Support at Arkansas Children's Hospital.

Wednesday was the first day of the week-long candidate filing period for the unpaid board seats in the two districts.

Two seats are open for election on each of the two boards: Zone 8 and 9 in Little Rock and Zones 1 and 6 in North Little Rock.

North Little Rock's Zone 6 seat is currently held by Valerie McLean, a retired district librarian who was appointed to the board to fill a vacancy created by the resignation earlier this year of J.T. Zakrzewski.

The Pulaski County Special School District typically holds its election of board members in November but has no open board seats this year, spokesman Jessica Duff said Wednesday.

While Adams is running for a second term on the Little Rock board that was formed in November and December 2020 after six years of state control, Wood said this week he will not run for a second term from Zone 9.

As a result, the Zone 9 seat will be open with no incumbent in the running.

Prior to his 2020 election to the new board, Wood was a member of the district's Community Advisory Board that served as a liaison between the district and state secretary of education during the period of state control.

"It takes a lot of time and energy to serve on the Little Rock School Board," Wood said in an email response to questions about his plans.

"I've put in a very involved six years -- four-and-a-half on the Community Advisory Board and two on the elected school board. I appreciate all we've done, but I'm ready for someone else to have a turn making this investment," he said.

Wood, an attorney and father of three, also said that his priorities for the district have been largely accomplished.Those included making reading achievement the highest priority in the district; making teacher salaries more competitive and building a high school in west Little Rock.

"In my opinion, all of those have been accomplished with details still to be completed. "But the board now understands and shares my urgency on literacy, has agreed that the investment in teaching salaries is a top priority and has made an $85 million promise to build a world class high school in the fastest growing part of our city. All of these things will make our district one of the best in Arkansas."

People who want to be candidates for board elections in November must file with their county clerk's office.