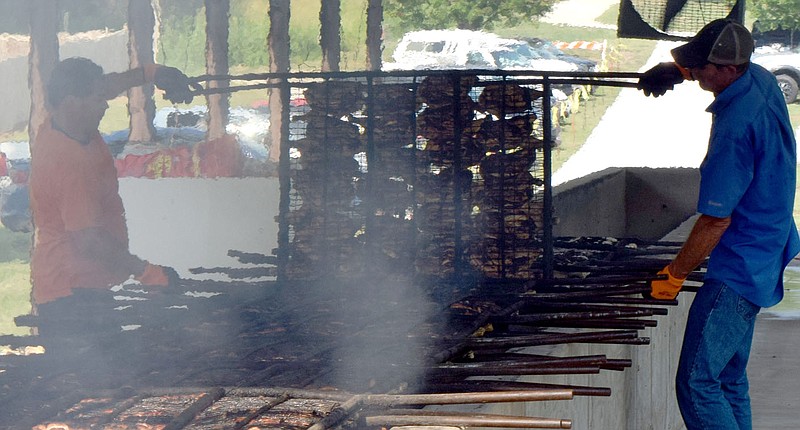 Westside Eagle Observer/MIKE ECKELS A pair of chicken flippers works together to turn a rack of chicken halves as the birds cook on the barbecue pit at Veterans Park on Aug. 7, 2021. The name first surfaced during the original barbecue in 1953 and the Decatur Herald (newspaper at the time) took the term and ran with it.

DECATUR -- Many people who have ever attended the Decatur Barbecue during its 68-year run might have unknowingly missed an important group of volunteers at the event -- and for good reason since most of these volunteers are usually hidden in a cloud of white smoke.

When the barbecue first started in 1953, a group of dedicated volunteers provided by Peterson Poultry worked all night and into the wee hours of the morning performing a very specific task: cooking the chicken quarters for the daylong event.

Today, the chicken is cooked in almost the same format as it was 68 years ago. The birds were laid out over a large square grill which was part of a double-sided rack. When filled, the racks were wired together and taken to the open barbecue at Old City Park, the barbecue venue at the time. As the chicken cooked, two volunteers would walk along the pit and turn the rack over, thus receiving the name "chicken flipper."

It is not known whether Lloyd Peterson, the organizer of the first barbecue, coined the phrase or one of the volunteers, but this group would be forever known as the Barbecue Chicken Flippers. The town newspaper at the time, the Decatur Herald, took the phrase and ran with it as a way to describe the service these volunteers provide.

Today, the chicken flippers still perform the same function as they did in 1953, providing juicy, tender, barbecued chicken, which is considered by many the star of the barbecue.

Simmons Food is providing the chicken flippers for the 68th Decatur Barbecue on Saturday. 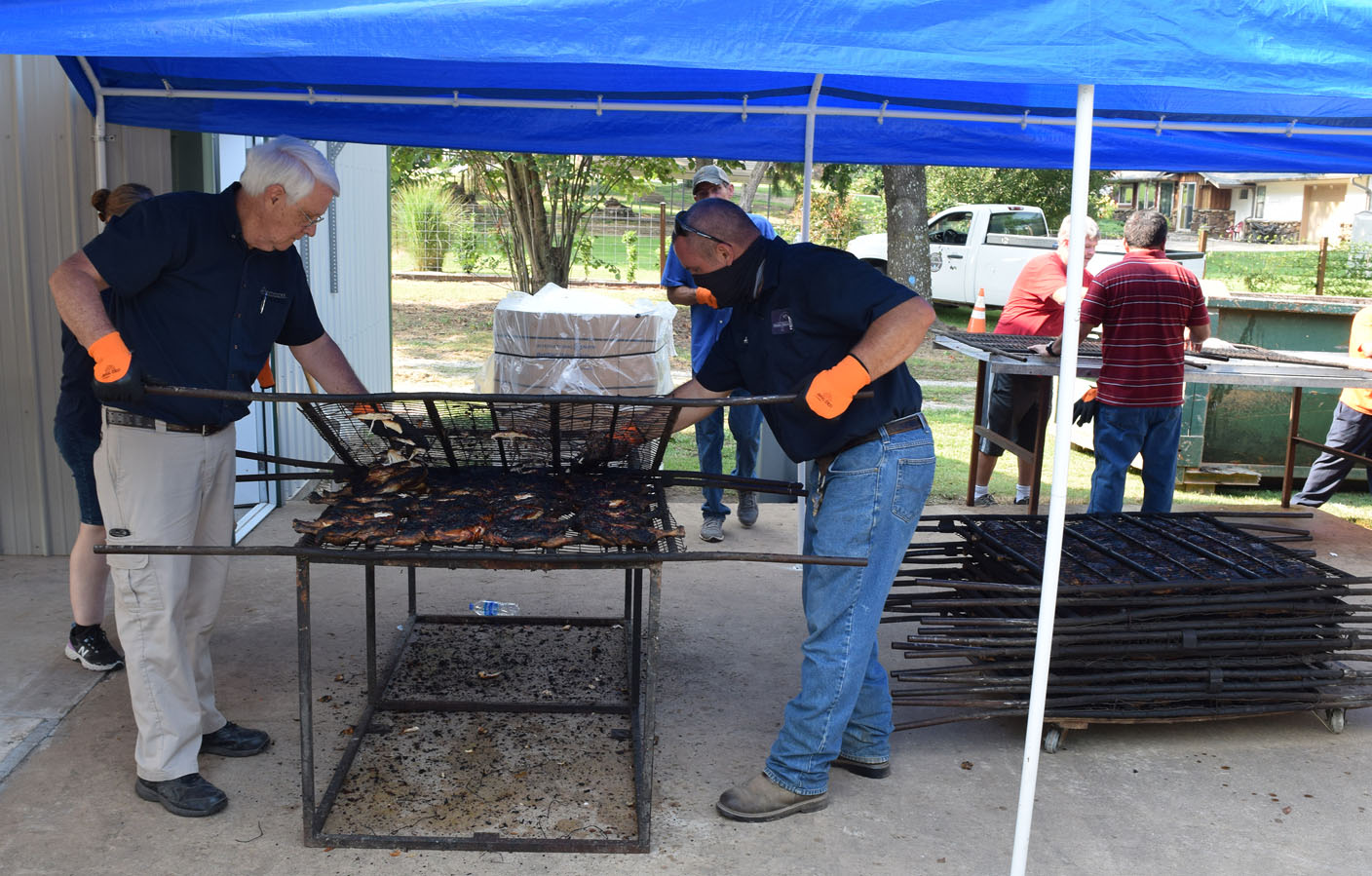 Westside Eagle Observer/MIKE ECKELS A pair of chicken flippers removes the top grill from a rack to reveal perfectly cooked chicken halves during the August 7, 2021, Decatur Barbecue. Volunteers from the community start cooking chicken in the early morning to ensure the birds are cooked and ready for their public debut around 10 a.m.