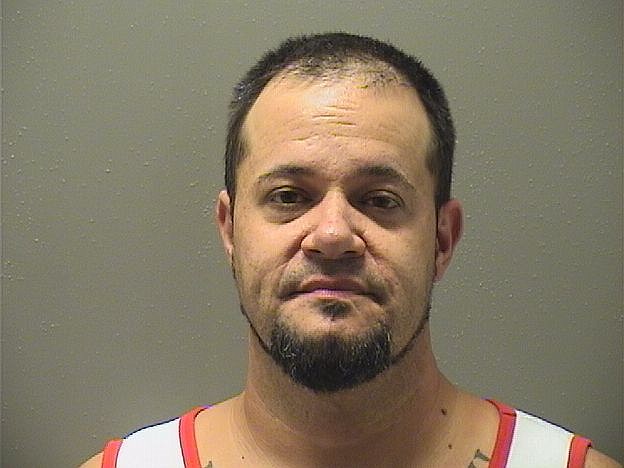 HOT SPRINGS -- A Hot Springs man on probation from previous drug charges was arrested Wednesday on felony warrants stemming from accusations doctors removed baggies of methamphetamine and psychedelic drugs from his stomach in April.

Eric James McWhirter, 40, who lists a Cooper Street address in Hot Springs, was taken into custody shortly before 3:30 p.m. in the area of Greenwood and Summer streets and served with felony warrants for possession of a controlled substance, meth, punishable by up to 10 years in prison, and possession of a controlled substance, dimethyltryptamine, punishable by up to six years, and a misdemeanor warrant for failure to appear.

McWhirter was being held on $7,000 bond and is set to appear Aug. 25 in Garland County District Court. According to court records, he pleaded guilty on Feb. 3, 2020, in Garland County Circuit Court to possession of meth with purpose to deliver and possession of drug paraphernalia, and was sentenced to eight years' supervised probation.

According to the probable cause affidavit, on April 19, around 11:30 a.m., Hot Springs police responded to CHI St. Vincent Hot Springs emergency room where they spoke with the hospital head of security, T.J. Ford, who told them a man, identified as McWhirter, had come into the ER with stomach pains.

Doctors treated McWhirter and reportedly removed a clear baggie from inside his stomach which was turned over to police detectives. They unfolded the bag, which was "roughly the size of an egg," and located three smaller baggies.

McWhirter was later released from the hospital after being treated and warrants were eventually issued for his arrest.