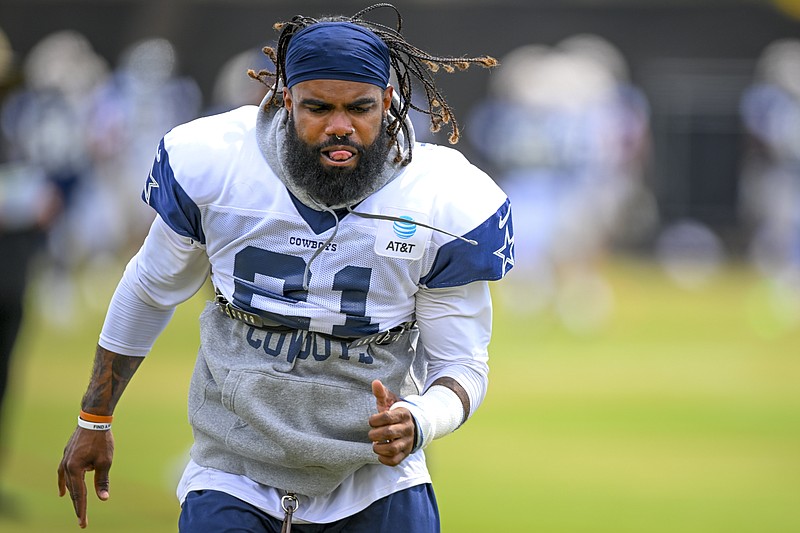 OXNARD, Calif. -- Ezekiel Elliott lingers a little longer after practice at training camp with family, friends and even fans these days, seemingly more comfortable with everything that accompanies being the star running back of the Dallas Cowboys.

His time in that role could be running short and might end next offseason if Elliott can't regain the form that led to NFL rushing titles in two of his first three seasons.

Elliott is comfortable with that reality, too.

"I think it is a big season. But I think you can't look too far down the road," Elliott said. "I don't think there's really a reason to look that far down the road. I think if I handle my business every day, then I will be in a pretty good situation at the end of the season."

The $90 million, six-year extension Elliott signed to end a long holdout in 2019 will have four years remaining after this season. But this is the last year of guaranteed money, which increases the chance of a cost-cutting move under the salary cap.

Elliott had the lowest per-carry average of his career (4.0 yards) in 2020, followed by his worst per-game average (59 yards) last season, including just 31 yards in a wild-card loss to the San Francisco 49ers for the NFC East champions at AT&T Stadium.

The criticism started growing before that, when he actually had a productive 2019 season with 1,357 yards and 12 touchdowns but the Cowboys missed the playoffs.

Ever since, Elliott has faced questions of whether the wear and tear of his first three years, when he twice surpassed 300 carries, had robbed him of the explosiveness that marked his rookie year -- his only All-Pro season.

Suffice it to say there were plenty of people questioning the $90 million contract, and plenty will say "I told you so" if Elliott doesn't get past the $50 million in guarantees.

From Elliott's point of view, last season was plagued by a partially torn ligament in his right knee, which he chose to play through. But it's not like he's expecting the way he feels in training camp in California to last very long into the season.

"Definitely frustrating certain parts of the year, but it's football," Elliott said. "Today might be the only day everyone is going to be 100% from here on out. Just trying to do everything I can off the field to make sure that I'm preserving my health and ready for Sundays."

Owner and general manager Jerry Jones took aim at two former Cowboys, receiver Amari Cooper and defensive end Randy Gregory, when saying that availability played a role in which big-money players were still around and which weren't.

Cooper was unvaccinated and missed two games because of covid-19 last season, while Gregory dealt with injuries in addition to four suspensions that kept him out for all of two seasons and most of a third. Cooper was traded to Cleveland to save money under the cap, and Gregory signed with Denver after initially agreeing to a deal with Dallas.

Numbers aside, Elliott has been the model of availability since his six-game suspension over domestic violence allegations in 2017, his second year. The former Ohio State standout has missed one game because of injury in six seasons.

"Zeke Elliott is one of our rocks on this team," Coach Mike McCarthy said. "He's a keystone player. You see all the extra work that he puts in pre-practice, post-practice. He overcame a lot to play [last season], and I think that speaks volumes about him and you need those type of individuals to win championships."

Elliott said his offseason focus was strengthening the muscles around the injured knee, and he acknowledged concern with tightness before the knee improved in time for offseason practices. He decided against surgery.

The injury affected his explosiveness, and Elliott said he believes he can get it back.

"It definitely helped kind of getting that confidence back because it's tough being injured and kind of feeling yourself lose a step," Elliott said. "It definitely helped kind of get back to moving the speed that I was used to and just bringing that confidence back to myself, back in my body, back in my mind that I could make those cuts."

A healthy Elliott won't stop questions about getting backup running back Tony Pollard more touches. That chorus has grown for three years. Offensive coordinator Kellen Moore hears it and agrees with it -- to a point.

"I don't think the Tony thing has anything to do with the Zeke component," Moore said. "I think we're really excited about Zeke getting what he needs and what we take advantage of with Zeke, and then Tony is going to be an awesome piece." 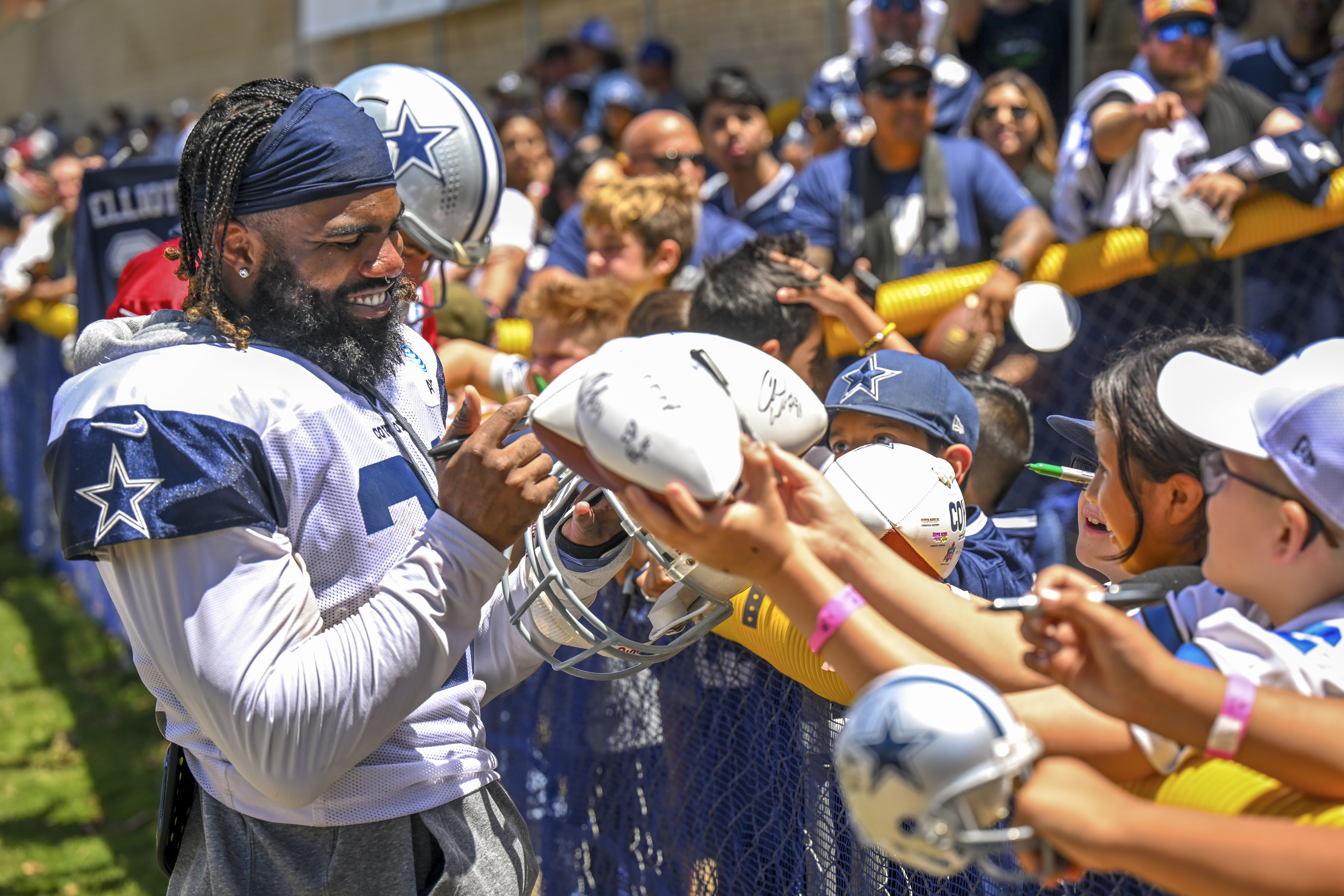