Arkansas drops from 39th to 43rd in child well-being survey 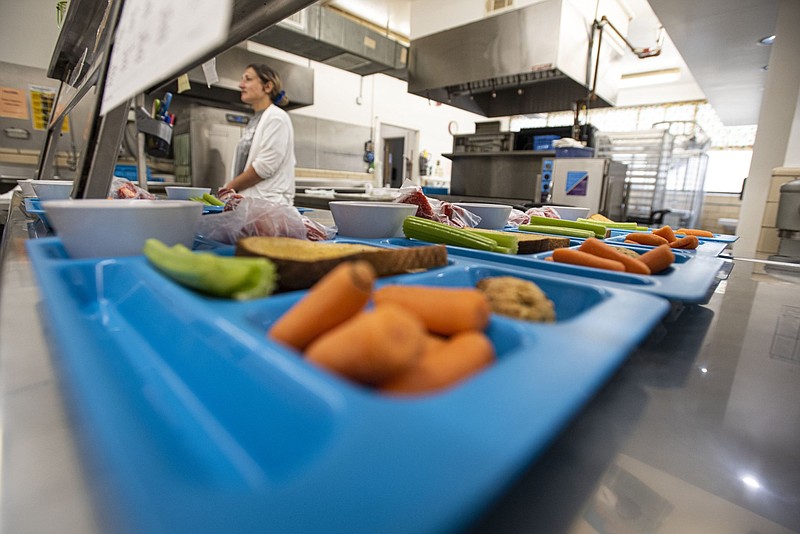 Arkansas has dropped from No. 39 to No. 43 in overall child well-being, according to this year's Kids Count Data Book, which was released today by the Annie E. Cassie Foundation.

"The report clearly shows that Arkansas is a harder place for a child to live and thrive than almost anywhere in the country," said Rich Huddleston, executive director of Arkansas Advocates for Children and Families, which is the state's member of the Kids Count network.

"Arkansas' child well-being outcomes are worse than the national average in 11 of 16 indicators," Huddleston said during a Zoom meeting with reporters Thursday. "While Arkansas' outcomes have generally improved over time, we are losing ground in some key indicators, including preschool enrollment, the rate of low birth-weight babies, and we're seeing a concerning increase in child and teen deaths and teen obesity rates."

The nationwide report uses recent household data to analyze how children and families are faring. The Data Book is available at https://www.aecf.org.

The top three states in the survey were Massachusetts, New Hampshire and Minnesota.

Another key indicator in the survey is child poverty.

"More than one in five Arkansas children, that's 152,000 Arkansas children, continue to face greater obstacles created by poverty," said Huddleston. "Research clearly shows that poverty has a negative impact on child health, brain development, school performance, and the future of earning potential and job prospects. It weakens our future workforce and economy."

According to the Data Book, the percentage of Arkansas children living in poverty has decreased from 27% a decade ago to 22% for 2016-2020.

Arkansas improved in 11 categories, including children in single-parent families, children living in high-poverty areas and teen births per 1,000.

Gov. Asa Hutchinson reviewed the Kids Count Data Book on Friday before its official release to the public.

"As the report indicates, the number of children in poverty in Arkansas has declined, as has the number of high school students not graduating on time," said Hutchinson. "We have fewer children without health insurance, fewer children whose parents lack secure employment, and more fourth-graders proficient at reading."

"The report does note a rise in the number of low birth-weight babies, and we are working on initiatives that will help on this front," he said. "I plan to announce later this week a series of programs and changes I've been working on for months to support and provide new resources for pregnant women and new mothers."

Hutchinson said Arkansas saw a decrease in both Arkansas Better Chance for School Success preschool programs and kindergarten enrollment during "the covid years."

"We anticipate this to level in subsequent years," he said.

Hutchinson also said Arkansas saw some gains in literacy across most grades and he believes Reading Initiative for Student Excellence has been instrumental in those gains.

"We have implemented stronger [science, technology, engineering and mathematics] supports across K-8 grades and feel we will see improvement over time," he said.

In the Kids Count Data Book, Arkansas -- and the nation as a whole -- did worse in four categories: children ages 3 and 4 not in school, low birth-weight babies, child and teen deaths per 100,000 and percentage of overweight or obese children.

Each year, the Data Book presents national and state data from 16 indicators in four domains -- economic well-being, education, health and family and community factors -- and ranks the states according to how children are faring overall, according to a news release from Arkansas Advocates. The data in this year's report are a mix of pre-pandemic and more recent figures and are the latest available.

"The release of this report comes at a critical time as next week Arkansas' lawmakers begin debating giving more generous tax cuts to the wealthiest Arkansans while at the same time we have more than one in five Arkansas children living in poverty, and we have more students lacking proficiency in reading and math and we have more teens giving birth than in most other states," said Huddleston.

According to a news release from the Annie E. Casey Foundation, children in America are in the midst of a mental health crisis, struggling with anxiety and depression at unprecedented levels.

The Data Book reports that children across America, and in more than 40 states and the District of Columbia, were more likely to encounter anxiety or depression during the first year of the covid-19 pandemic than previously. The national figure jumped 26%, from 9.4% of children ages 3-17 (5.8 million kids) to 11.8% (7.3 million) between 2016 and 2020. The increase represents 1.5 million more children who are struggling with anxiety or depression.

"Mental health is just as important as physical health in a child's ability to thrive," said Lisa Hamilton, president and CEO of the Annie E. Casey Foundation. "As our nation continues to navigate the fallout from the covid-19 crisis, policymakers must do more to ensure all kids have access to the care and support they need to cope and live full lives."

In Arkansas, 14.4% of children were dealing with anxiety or depression in 2020. That's a 67.4% increase from 2016, which was the third-highest increase of all states. Only South Dakota and California had larger increases.

Suicide rates were higher for minorities and gay, lesbian or bisexual students, according to the survey.

"With the pandemic, we have an emerging children's mental health crisis that further threatens the well-being of our children," said Huddleston. "And with the recent Supreme Court decision overturning Roe v. Wade and new Arkansas laws that have all but banned abortion access, in a state that already has one of the highest teen birth rates in the nation, we can expect to see future increases in child poverty, poorer maternal and mental health, and greater demands on our state child welfare system for abused and neglected kids, a system that is already stretched to the breaking point because of the pandemic."

Huddleston said there are state-level policy solutions to every troubling piece of data in the report.

"But the lack of political will in the state and the lack of targeted investments in our children keeps Arkansas near the bottom on these annual reports," he said. "We can and must to do better for Arkansas children, and it has to start during next week's special legislative session and the 2023 regular legislation session that is just around the corner."

According to the news release from Arkansas Advocates, the nonprofit organization makes the following policy recommendations to Arkansas lawmakers:

• Extend postpartum coverage for new mothers in Medicaid. Right now, women insured under pregnancy Medicaid lose their coverage 60 days after delivery. It should be expanded to 12 months as 34 states and the District of Columbia have done or are in the process of implementing.

• Provide presumptive Medicaid eligibility for pregnant women, allowing them to be approved for Medicaid coverage quickly based on their income level.

• Allow children and babies in the lowest-income families to keep their ARKids First health insurance for a full year of continuous coverage, rather than removing them off insurance when their family incomes fluctuate month-to-month.

• Change the state-level policies that unnecessarily make it more difficult for Arkansas families to obtain Supplemental Nutrition Assistance Program benefits and to get enrolled in the WIC(Women, Infants and Children) nurtition program.

• Require scientifically based sex-education in schools and make it easier for Arkansans, including teens, to obtain long-acting contraception.

• Overhaul harsh policies in the state's cash assistance program, which is called Temporary Assistance for Needy Families, or TANF. That could be accomplished by eliminating the family cap which causes parents to have fewer family planning options and increase the monthly benefit level, which is currently $203 for a family of three.