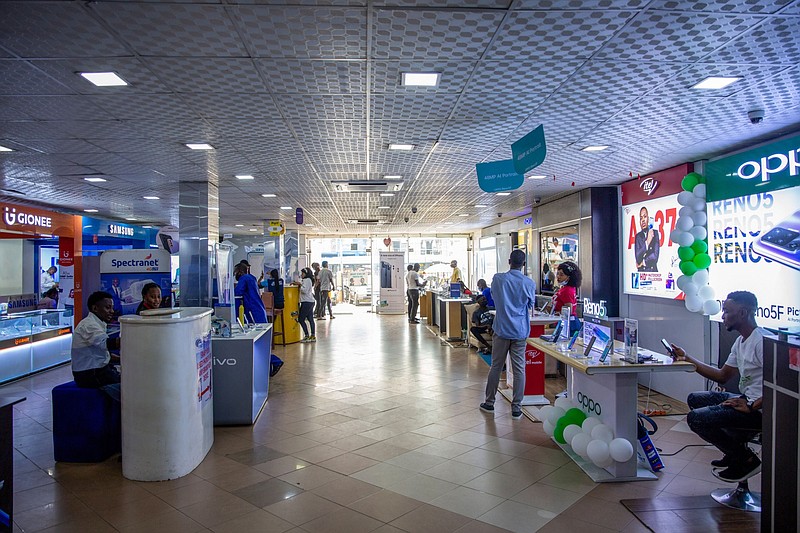 In a slowdown in tech hiring, Africa stands out as an exception as the under-served populations on the continent outweigh inflation and slowing economies. MUST CREDIT: Bloomberg photo by Adetona Omokanye.

African startups are expanding into Europe and other parts of the world at a time when many established tech firms are cutting back staff.

Nigerian data company Bluechip Technologies, which has worked for Oracle and Microsoft, is opening an office in Ireland, according to a statement Monday. The firm, which provides data warehousing and analytics services, is betting on providing more affordable services, with a growing tech talent pool to offer services to financial and telecom firms.

"We can do it cheaper than India, cheaper than Eastern Europe because the cost of living here is way lower and we have the talent," Olumide Soyombo, the co-founder of Bluechip Technologies, said.

In a slowdown of tech hiring, Africa stands out as an exception, as the under-served populations on the continent outweigh inflation and slowing economies.

The drone medical delivery service was first developed in Rwanda and Ghana. The company now primarily operates in the U.S., in partnership with Novant Health and customers including Walmart.

While Africa's developer pool is still small, accounting for less than 0.5% of the non-agricultural workforce, it is growing rapidly, with the number of developers on the continent increasing by 3.8% to 716,000 last year, according to the Africa Developer Ecosystem Report by Google. Nigeria added 5,000 developers, the most of any country, to the ecosystem.

Bluechip's expansion into Europe was prompted by the growing trend of remote working post-pandemic, a shortage of tech talent and an increase in the demand for more efficient data management, Soyombo said.

The Lagos-based company that operates in five African markets has seen its revenue grow ten-fold since 2014, crossing the $50 million mark last year, said Soyombo, who co-founded the company in 2008.

By leveraging its experience working with some of the biggest technology companies in the world, Bluechip projects the company revenues to increase to $250 million in the next five years, primarily from the European market, which is estimated to grow to $105 billion by then.

The opportunities are not just from Africa to the developed markets, according to Surabhi Nimkar, Partner at GreenHouse Capital, who is seeing African startups expanding into other emerging markets, including Latin America and Asia.

"If you are building tech that's specific to your region in Africa, it is actually super-scaleable because the fundamental challenges are the same," Nimkar said.

Kuunda, a South African payment company that gives overdraft services, is now operating in Pakistan, and Nigerian-founded Helium Health, a company that digitizes hospital networks and operations has expanded into Qatar and the United Arab Emirates.

The Dubai- and Cairo-founded Swvl Holdings has been on an acquisition spree since it is now listed in the Nasdaq Stock Market after merging with blank-check company Queen's Gambit Growth Capital.

Blue Technologies plans to expand into francophone Africa, including into Cameroon, Senegal and Ivory Coast.