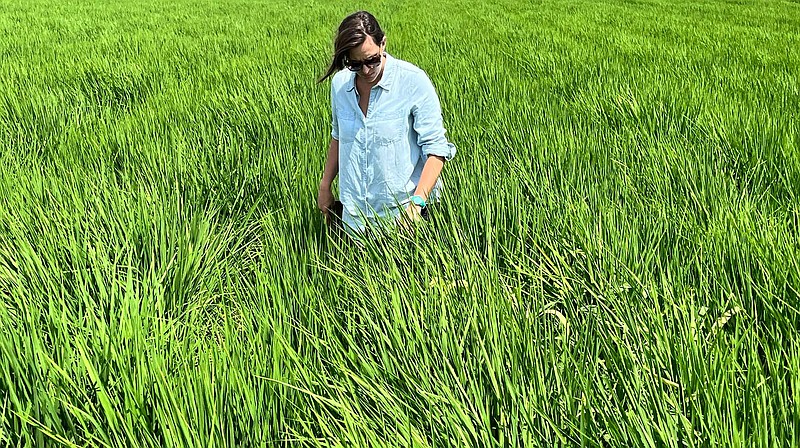 Hallie Shoffner, CEO of SFR Seed in Jackson County, stands in a field of row rice, a crop she says the farm will soon expand because it is more resilient to extreme weather conditions as well as environmentally friendly. (Arkansas Democrat-Gazette/Lara Farrar)

As Arkansas farmers are preparing for the upcoming fall harvest season, they’re also reeling from one of the worst droughts in recent history.

Extreme heat and dry weather have plagued the industry this summer, causing Gov. Asa Hutchinson to appeal to the federal government for emergency assistance for the more than dozen counties now classified as disaster areas because of the excessive heat paired with no rain.

As part of a two-part series exploring the impact of climate change on the state’s most important industry, Capitol & Scott host Lara Farrar visits SFR Seed, a 1,500-acre family farm in Jackson County established in the 1800s. The farm’s chief executive officer Hallie Shoffner explains how weather is changing the sector and the challenges farmers face in mitigating climate risks and staying in business.

That episode will air Wednesday, Aug. 17.