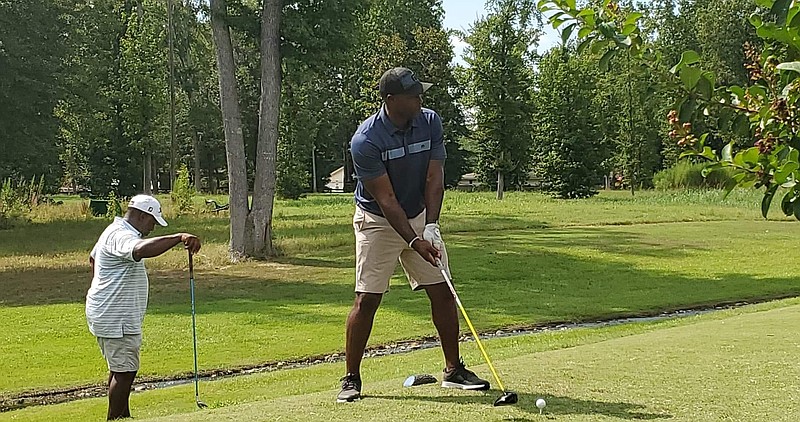 Torii Hunter shrugged and laughed when his golf ball flew past the green and into a yard across the street.

Hunter played this past weekend in the 58th Annual Four-Ball Invitational at the Pine Bluff County Club. The event hosted more than 200 golfers, their spouses and sponsors. For Hunter, this was his first time to play in the event although he has been invited previously.

"I was playing baseball, then I retired and went into the broadcast booth," Hunter said between holes. "Then I became 100 percent into my businesses, but it's great to always be able to come home."

But Pine Bluff, he says, will always be home because it is where he learned from coaches and his parents how to succeed on and off the field.

"Playing sports changed everything for me," Hunter said. "Sports teaches you all the lessons you need in life. In sports you fail fast and quickly make adjustments because the next pitch is coming in."

Hunter realizes he is a role model for Arkansas kids who dream of making it in professional sports. He says that high school players that play sports have a gift and with that gift comes responsibility both academically and socially.

"You should always think you are a solution to a problem; the team is bigger than you are," he said. "You've got to think about where you want to be in four years and then 40 years. The gravy for any athlete is professional ball. The main thing is to use your ability to get you where you want to go."

Hunter said he thinks people are too focused these days on selfies and themselves instead of building teams whether with friends or business associates.

"I don't pretend to know everything," he said. "That's why I surround myself with people who know about things I don't. I'm the chief visionary officer, and I have people around me to teach me about investments, about venture capital, about restaurants. No one can do anything by themselves."

During his visit, Hunter had more than golf on his mind. He also was considering future business investments.

Major opportunity exists in Pine Bluff, Hunter said. He said everything he is doing now with his national and global investments and businesses is possibly setting him up to invest in his hometown some day.

"Pine Bluff is doing a lot of work to figure out where they are going in the future," Hunter said. "I'm building relationships and everywhere I go I tell people to go to Google maps and look at downtown."

He said events like the Four-Ball Invitational is a major boost for the city.

Matt Soto, the event's chairman, said that every year the event gets bigger and bigger with players from seven states participating this year. The country club's event is the last major four-ball invitational of summer.

"It's a huge economic boom for our city," Soto said. "People fill up their vehicles at our gas stations. They stay in our hotels."

He said more than 70% of the golfers were non-members of the country club like Hunter and his partner Jay Eubanks, a PGA professional who also lives in Texas.

For all of their collaborative sweaty effort, Hunter and Eubanks did not win the tournament.

"This event is great because four-ball is a small community, and you get to see a lot of the same players every year," Zwiegers, who is from South Africa and attended A-State on a golf scholarship, said. "We love coming every year."

Hunter will probably see the pair again next summer, because he plans to attend yearly, too.

"I'm in like swimwear," Hunter said. "I call it Pine Bluff Vegas now, and I'll be back home." 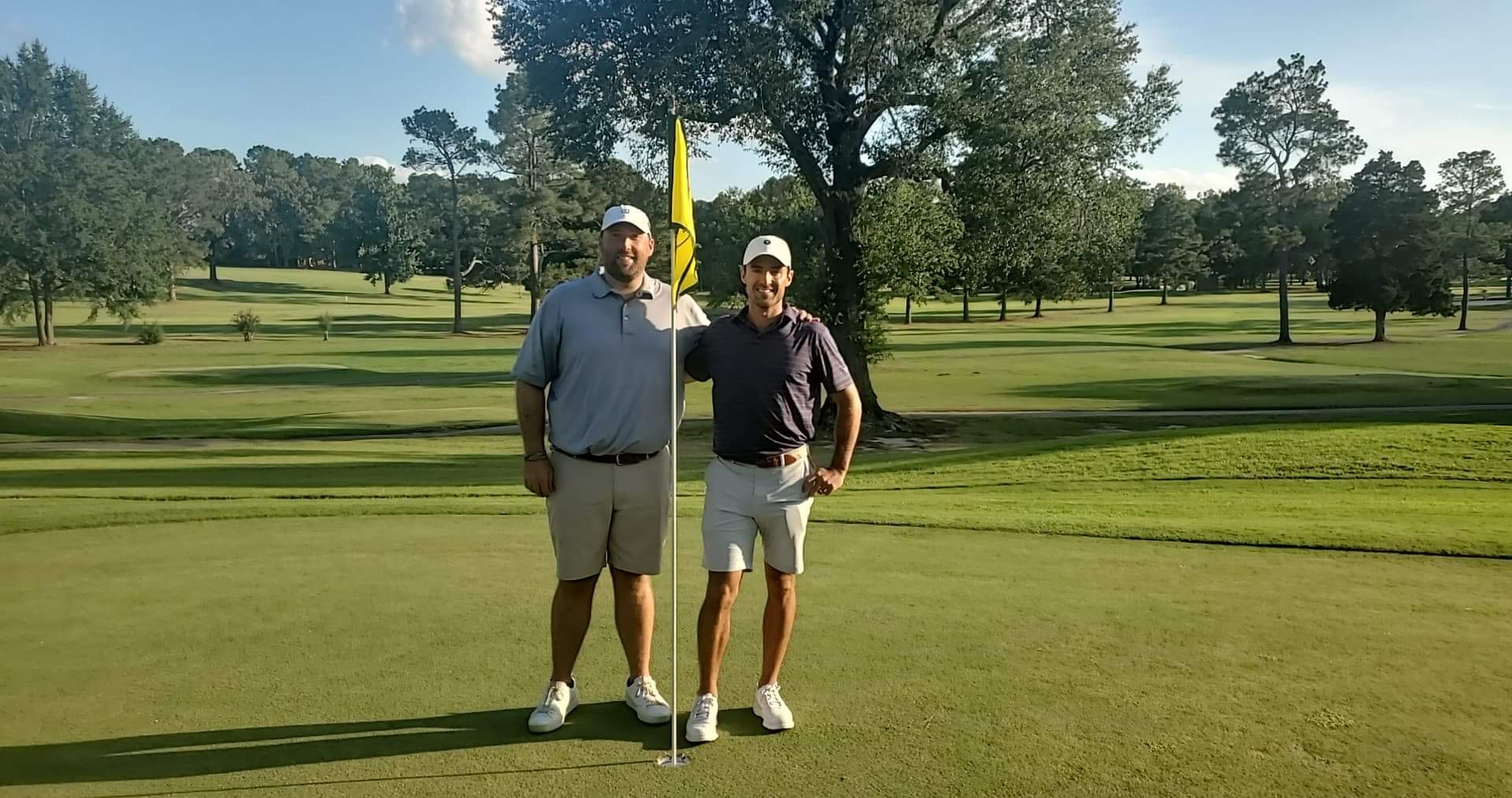