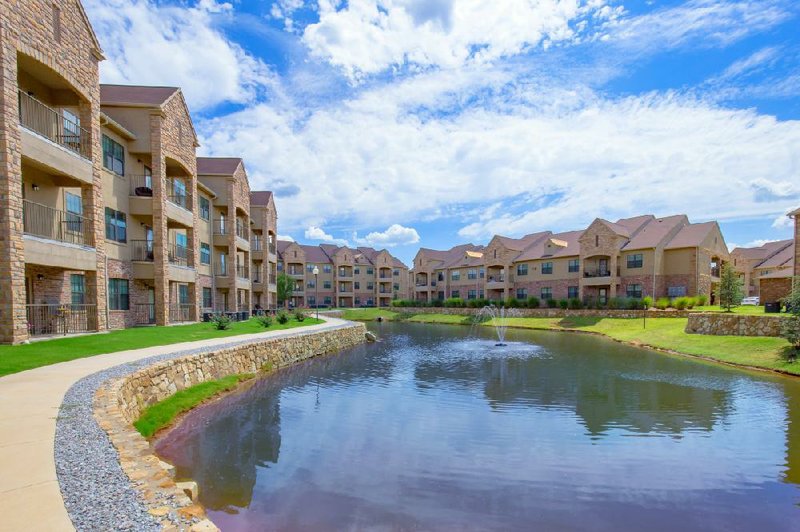 The Little Rock company, which owns and manages apartment properties, reported adjusted funds from operations -- the equivalent of earnings per share -- of 19 cents, up nearly 27% from the 15 cents reported in the second quarter last year.

Profitability was boosted by a 38.3% revenue increase in the quarter, rising to $38.8 million from $28 million in the same period last year.

Company officials attributed the growth to investments in booming Texas markets, where BSR owns properties in the Austin, Houston and Dallas metro areas. The three cities -- including suburban communities -- are among the top growth areas in the country.

"We generated very strong growth across all of our key financial measures," President and Chief Executive Officer Dan Oberste told industry analysts on a conference call Wednesday. "Going into 2022, we had high expectations for our financial performance. However, our operating performance in the first half still exceeded those expectations."

BSR reported that weighted average rent was up 17.1% to $1,412 per apartment in the quarter -- primarily fueled by the three Texas markets -- compared to $1,206 in the same period last year, and that occupancy rate was 95%.

"Strong population growth and economic components in these MSAs continues to drive robust direct demand for rentals in our communities," Oberste said. "We expect these very strong leasing conditions to continue through the second half of 2022."

While Texas is driving growth, officials said on Wednesday's call that the Little Rock and Oklahoma City markets also indicate promising opportunities. "All of our markets are showing growth," Blake Brazeal, co-president and chief operating officer, said on the conference call.

In July, the company reached an agreement to jointly develop the second phase of a 238-unit apartment complex in Austin that is scheduled to be completed in 2024 at a total cost of $59.5 million. BSR owns 97.5% of the project and Oberste said the company plans to take full ownership later.

BSR also is scouting for acquisitions that would enhance growth.

"We're continuing to pursue external growth opportunities in our core markets that would further expand and upgrade our portfolio," Oberste said Wednesday. "We're mining our opportunities for those acquisitions out in the market right now."

The company has the liquidity to invest in other properties. It reported liquidity of $167.3 million, which included cash and cash equivalents of $8.7 million and $158.6 million available under a revolving credit line.