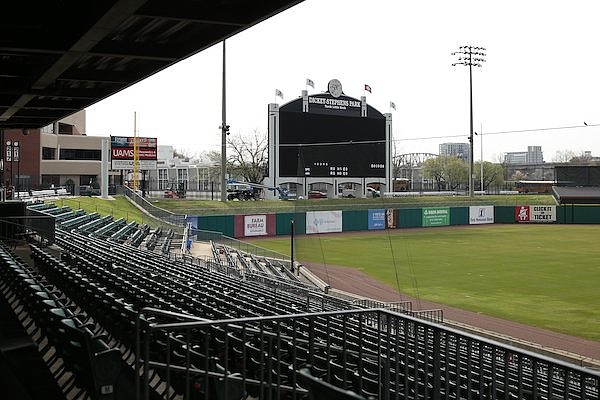 After Cade Marlowe's RBI double put the Travs up 1-0 in the first, the Naturals grabbed the lead in the third, scoring three runs on Tyler Gentry's groundout and RBI singles by C.J. Alexander and Luca Tresh.

The Travs answered with single runs in the third and fourth innings on Jake Scheiner's run-scoring single and a groundout by Connor Hoover. But Northwest Arkansas retook the lead for good in the top of the fifth on Tyler Gentry's home run, his 11th of the season.

Stephen Kolek (4-11) suffered the loss, while Asa Lacy (1-1) picked up his first win, striking out three in his one inning of relief work.