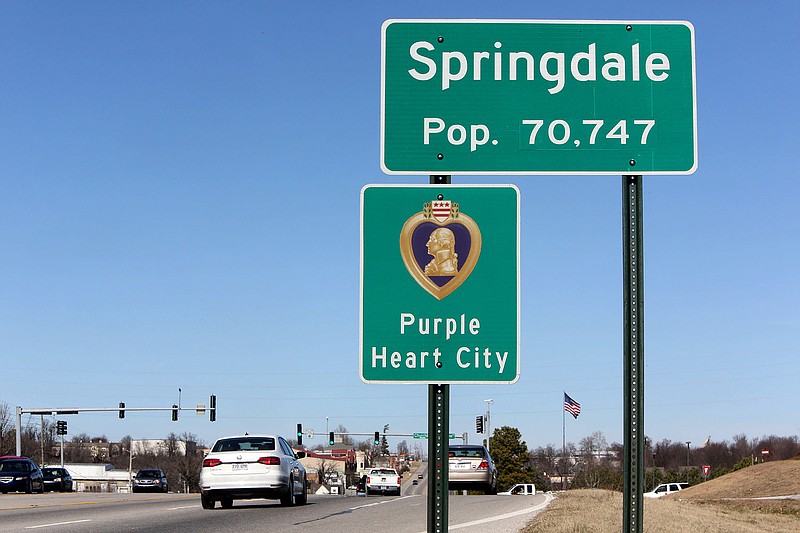 Two candidates have filed for Ward 4, Position 1, which covers the northeastern part of the city, including downtown. The candidates are Spencer Ordonez and council member Amelia Williams.

Council member Mike Lawson will run unopposed in Ward 1, Position 1, in the northwest part of the city.

Council member Mike Overton will run unopposed in Ward 2, Position 1, which covers the southeastern part of the city.

In Ward 3, Culver, 66, is the executive director of the Springdale Benevolent Foundation and the Rodeo of the Ozarks, a position he's held for eight years.

He also was appointed eight years ago to the Springdale Advertising and Promotion Commission.

Culver served one term on the Springdale City Council from 2015 to 2019. He was chairman of the council's Fire and Police Committee.

He is a graduate of Springdale High School.

He was elected in 2018 to serve Ward 1, but the voting districts were changed early this year to equalize the city's population wards after the U.S. census report of the city's 2020 population.

He was appointed to the Springdale Planning Commission in 2011 and served until he took his council seat in 2020.

Powell works as a construction project manager for the Arkansas Department of Transportation.

He holds a civil engineering degree from the University of Arkansas. He retired in 2021 as a lieutenant colonel in the United States Air Force, serving four years on active duty and 29 years in the Arkansas Air National Guard.

Stevens is the co-owner of Quadrivium, a local information technology firm, where he also serves as the director of support and automation. He also holds the franchises for H&R Block in Springdale, Rogers, Centerton, Bentonville and Lowell.

He is a graduate of Springdale High School.

Ordonez, 39, who is seeking the Ward 4 seat, works as the senior art director for marketing firm Advantage Solutions.

Ordonez has lived in Springdale for the last five years. He is a graduate of Fayetteville High School and the Art Institute of Phoenix.

Williams, 44, currently holds the Ward 4 seat and is chairman of the Health Sanitation and Property Committee.

A graduate of Springdale High School and the University of Arkansas, she is a former teacher in the Springdale School District.