OPINION | REVIEW: ‘Fall’ is a silly waste of time and harbinger of the annual dregs of August 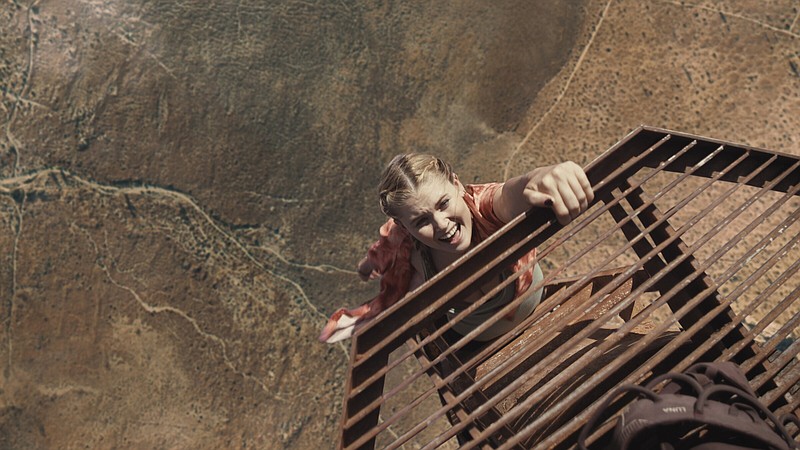 For extreme sports enthusiast Hunter (Virginia Gardner), life is all about conquering fears and pushing limits. But sometimes ladders break ….

As a movie critic, sometimes all you can do is scratch your head at some of the concepts that get green lighted these days. There are countless examples of utterly absurd ideas that somehow found funding and made their ways to the screen. At the same time, when put in the hands of smart and crafty filmmakers, the silliest concepts can sometimes be turned into something unexpected and memorable. This is especially true when said filmmaker remembers a central component of good cinema -- the human element.

To its credit, the new thriller "Fall" from director Scott Mann makes an effort to weave in some of that humanity mentioned above. Themes like grief, loss, fear, betrayal, and renewal all find their way into the story. But the emotional underpinning is so weak and flimsy that none of the themes resonates. And the ginned up drama that's meant to add character depth is so poorly conceived that it's hard to take any of it seriously. So that leaves us with nothing but the incredibly silly concept which only gets sillier and sillier as the movie progresses.

Grace Caroline Currey plays Becky, a young woman still reeling from witnessing her husband, Dan (Mason Gooding), fall to his death in a mountain climbing accident. That was nearly a year ago. Becky hasn't climbed since and has instead shut herself off. Overcome by her grief, she spends her time locked up in her apartment, soaked in booze and calling Dan's phone just to hear his voicemail. Jeffrey Dean Morgan pops up as her well-meaning but insensitive father who's genuinely worried about his daughter but can't quite veil his long-held dislike for Dan. Despite his good intentions, he only drives Becky deeper into her hole.

Just as Becky has about had all she can take, she's surprised by a visit from Hunter (Virginia Gardner), her best friend who she hasn't seen in months. Hunter was there on the rock face with Becky and Dan the day he died. Determined to get her friend out of the apartment, Hunter plans an outing. But not to have coffee, to see a movie, to take a hike, or do some shopping (You know, something a little more moderate for someone who hasn't connected with society in nearly a year). No, instead Hunter recommends they climb to the top of a remote 2,000-foot television tower.

In fairness to the screenwriters, there is a thematic throughline about getting back on your feet and conquering your fears that's meant to give purpose to the lead duo's dangerous climb. But as the absurdities rack up and the flimsiness of the characters becomes evident, the entire premise (brittle as it already is) falls apart.

After arriving, the pair park their truck next to the locked gate with the big "No Trespassing" sign (hardly a deterrent to these two) and make the two-mile walk to the base of the tower. Now for most people, one simple look at the rusty and rickety tower would be enough for common sense to kick in. It would be enough for that little voice inside to say "You know, maybe this isn't a good idea." But not these two. Instead they begin to ascend what Hunter proclaims is the fourth tallest structure in the United States (forgive me if I didn't bother to fact-check that). To her credit, Becky does show a little hesitation. But Hunter, a thrill-seeking YouTuber, sees it as a chance to impress her 60,000 followers.

If you've seen the trailer or even the poster, you know that Becky and Hunter make it to the top. There they pose for pictures, let out some primal screams, and do a few other things that make us question their sanity before deciding to descend. But when the ladder breaks and crashes to the ground below, the two friends are left stranded 2,000 feet above land with no way down. From there it becomes a fight against fear, the elements, and one pesky vulture. A laughable survival element is introduced, we get a hokey Hallmark-esque revelation, and there's one particular far-fetched twist that isn't nearly as clever as it wants to be.

In one sense you could say the movie does its job. After watching, my wife (who makes no bones about her fear of heights) told me her hands were sweaty throughout, and she was constantly having to look away from the screen. That's because Mann uses some impressive CGI and a number of cool dizzying camera tricks to amplify the sense of height-induced dread. In that way "Fall" is effective, and I can see it terrifying those with anything close to acrophobia, especially on the big screen.

Sadly the frights only go so far, and there aren't enough of them to cover the silly and sometimes nonsensical directions this thing goes. Yes, there were moments when I felt the anxiety of being stranded and exposed some 2,000 feet above the earth. But more than that I felt bewilderment as I tried to grasp the inanity of the story turns and the borderline bizarre character choices. I wish this were a case of just turning off your brain and enjoying the movie for what it is. Unfortunately, "Fall" never gives you a reason to have your brain on in the first place. 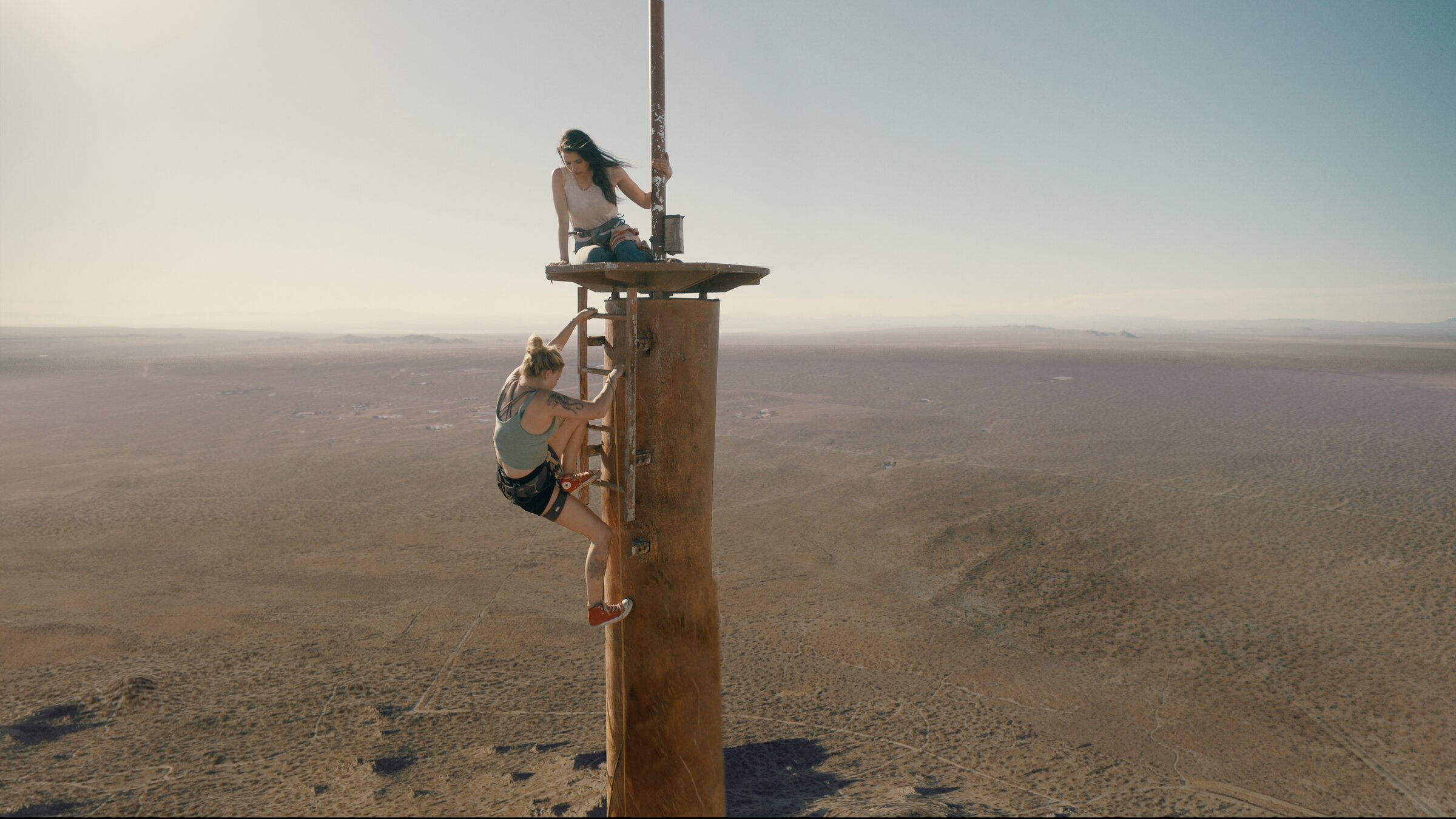 Best friends Hunter (Virginia Gardner) and Becky (Grace Caroline Currey) do this sort of thing for fun in the (one hopes) CGI-heavy action thriller “Fall.”