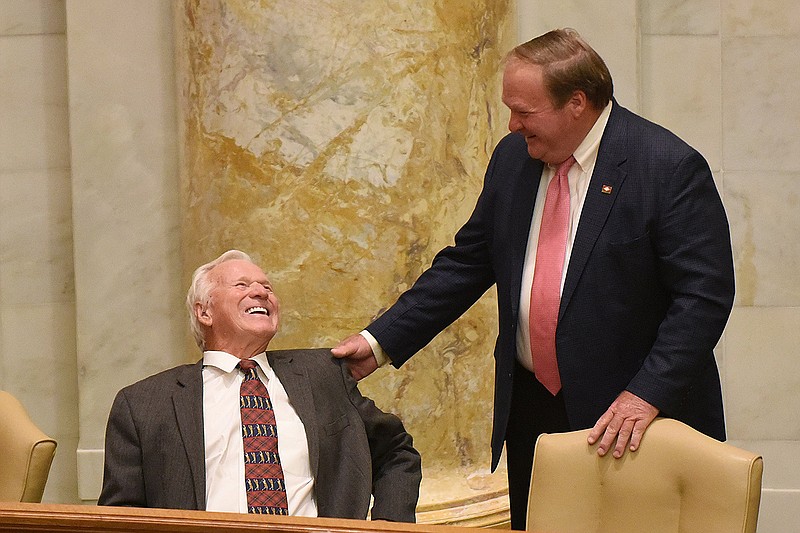 Gov. Asa Hutchinson signed new legislation Thursday that will open up $50 million in grants for school security, as the General Assembly wrapped up its special session.

With news of a $1.6 billion surplus, Hutchinson called the legislature back to the Capitol earlier this week to expedite a $500 million tax cut lawmakers passed last December and to set aside funding for schools to improve security in the wake of a mass shooting at an elementary school in Uvalde, Texas.

In July, Hutchinson reconvened the Arkansas School Safety Commission to study and provide guidance on how to secure schools in the state.

"This $50 million grant program for our local school districts and for school safety initiatives will allow schools to implement some of the one-time recommendations that come out of the school safety commission," Hutchinson said.

The House of Representatives unanimously passed the bill, Act 3, on Thursday morning following a 30 to 1 vote in the Senate on Wednesday.

Since June, the school safety commission has periodically met and has adopted several recommendations, including that districts designate one staff member to be a safety coordinator, require schools to have one secured point of entry for visitors and employ a social media monitoring system.

The commission has until Oct. 1 to release a final report.

State Rep. Lane Jean, R-Magnolia, said he expects the General Assembly to adopt some of the recommendations when the legislature is back in session in January.

"Will $50 million do it? No," he said on the House floor Thursday. "But there will be more money coming next session to provide security for our schools."

While the House didn't debate the school safety bill before its vote Thursday, House Minority Leader Tippi McCullough, D-Little Rock, brought it up during a debate to end the special session.

House Democrats, along with some Republicans, wanted to extend the session to raise salaries for teachers. Instead, the House voted 61 to 33 to end the session, with 14 Republicans joining Democrats to consider teacher pay raises.

"We passed funds for our schools, to fortify their doors, secure their campuses and more, but we've chosen not to fund our educators and staff who work inside those very buildings," McCullough said.

Funding for school safety will come from the state's general revenue allotment reserve fund. The Arkansas Department of Education will have the authority to distribute funds beginning in the fiscal year 2023 but will need approval from the Legislative Council before doing so.

Sen. Jonathan Dismang, R-Searcy, said it will be the executive branch's responsibility to come up with rules for distributing the grant funds to school districts, with the Legislative Council having the final say.

With the legislature adjourned and his last term coming to an end, Hutchinson said the bill for school safety will be the last he signs as governor.

"I expect this to be my last special session," Hutchinson said. "You know, unless there is some emergency that is totally unpredictable, this will be the last time I'll sign a bill." 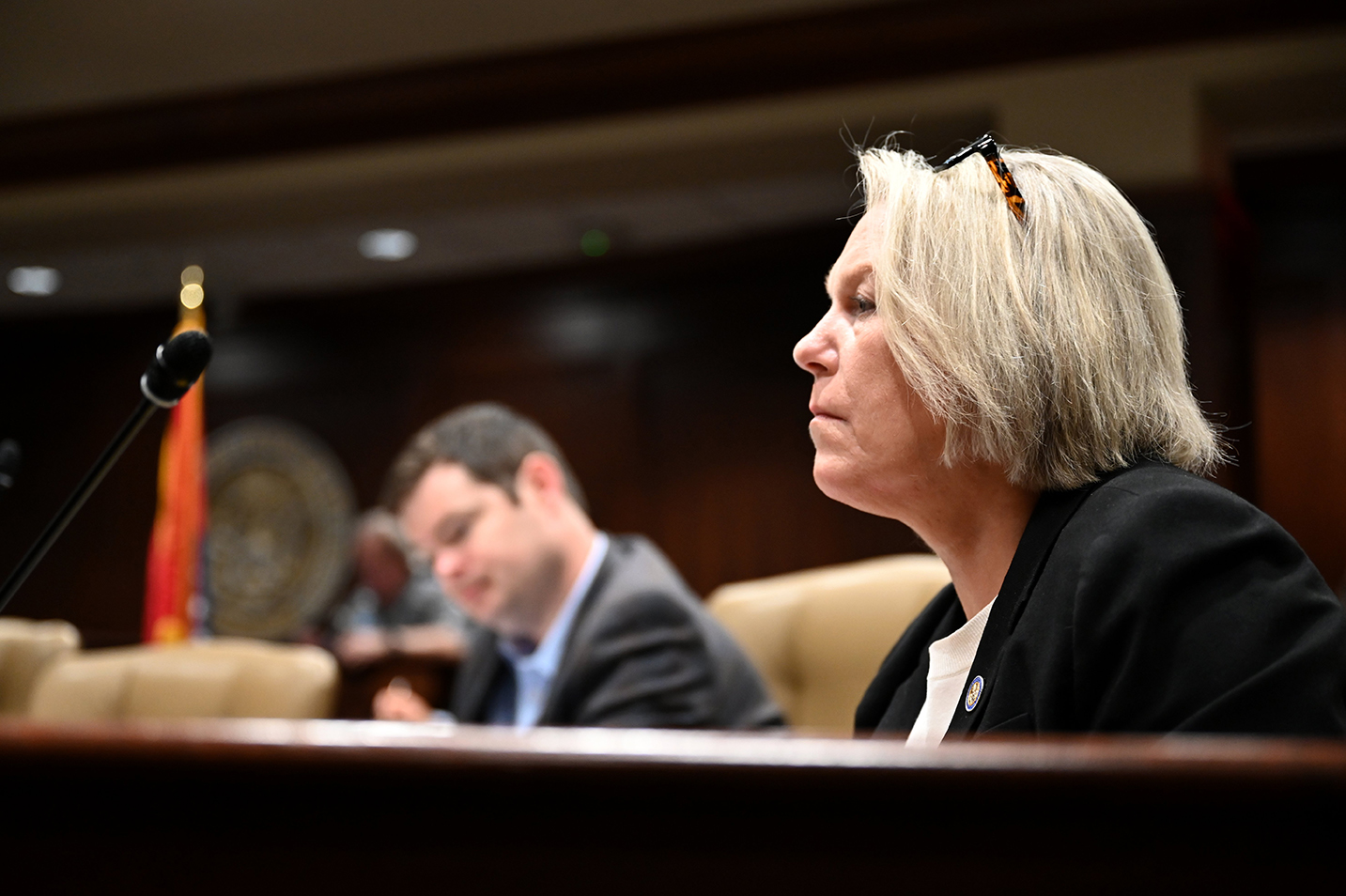 Arkansas Representative Tippi McCullough, D-Little Rock, and other members of the Lottery Oversight Subcommittee listen as Mr. Eric Hagler, Director of the Arkansas Lottery, discusses a proposal for the creation of a new draw game on Wednesday, June 15, 2022. (Arkansas Democrat-Gazette/Stephen Swofford)