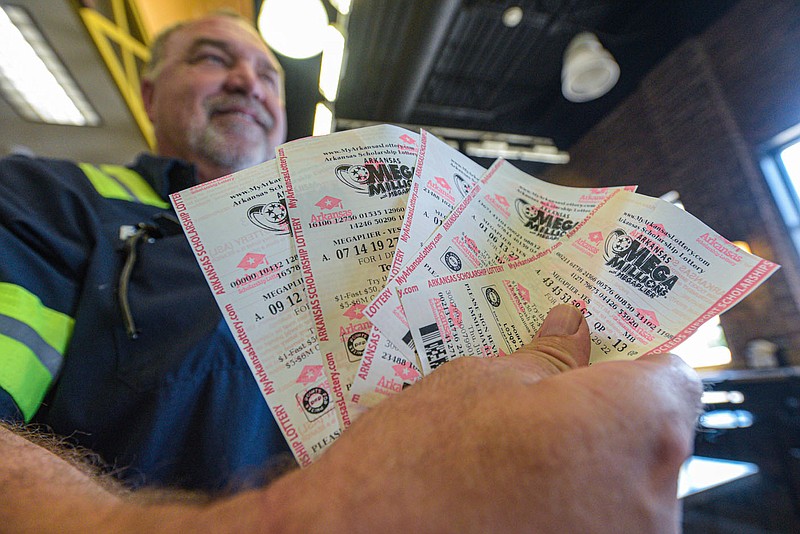 Bolstered by a Mega Millions jackpot that reached $1.3 billion, the Arkansas Scholarship Lottery's revenue in July increased from $47.5 million a year ago to $52.1 million.

The amount raised for college scholarships in July also increased from $8.3 million a year ago to $12.4 million, the lottery reported this week in its monthly report to Gov. Asa Hutchinson and the Legislative Council's lottery oversight subcommittee.

The lottery's revenue and net proceeds for college scholarships in July were the highest amounts recorded in the month of July by the lottery. The largest Mega Millions jackpot won was $1.5 billion in October 2018, according to The Associated Press.

The lottery has been selling tickets since Sept. 28, 2009, and has helped finance Arkansas Academic Challenge Scholarships since then.

The lottery's largest amount of revenue collected in any month is $67.9 million in March 2021, when the lottery was bolstered by surging scratch-off ticket sales, said state Department of Finance and Administration spokesman Scott Hardin. At that time, Hagler said that "[federal] stimulus money, a change in the tax deadline [and] the reopening of the larger economy have also likely served to benefit sales."

The largest amount of money raised for college scholarships in any month was $13.8 million in January 2016, he said, when the lottery's financial performance was fueled by a world-record $1.6 billion Powerball jackpot.

"We were pleased with [Mega Millions] sales and happy that Arkansas saw two new millionaires as a result of winning secondary prizes," Hagler said.

Asked about July's drop in scratch-off revenue compared with a year ago, Hagler said "total player spend is relatively static in a state with a population of 3 million people.

"With a near record Mega Millions jackpot rolling during July, player preference shifted away from instant games," he said. Scratch-offs are considered instant games.

"And while the cost of fuel is a significant factor for consumer budgets, inflation is still in play as a headwind to discretionary consumer spending," he said, noting the Department of Labor reported that consumer prices were up 8.5% in July. Consumers have been hit hard by rising prices for everyday necessities like food, gasoline, housing, transportation and utilities, he said.

These are the second-largest amounts the lottery has reported in any fiscal year, trailing only fiscal 2021 when the lottery raised $106.6 million for college scholarships as its revenue totaled $632.5 million.

A year ago, lottery officials attributed fiscal 2021's record numbers in part to factors brought on by the covid-19 pandemic.

For fiscal year 2023, which started July 1, the lottery has projected raising $91.4 million for college scholarships and $535.9 million in total revenue.

Fiscal 2022 is the first fiscal year in the past 12 years that Arkansas Academic Challenge Scholarships were awarded to fewer than 30,000 students.

Fuller said that's because of the continued trend of overall enrollment decline in higher education and the total number of high school students continuing to get smaller leading to a smaller pool from which scholarships are awarded.

For fiscal 2023, the division projects awarding a total of $78 million in Arkansas Academic Challenge Scholarships to 27,250 students, Fuller said.

The Arkansas Academic Challenge Scholarships are financed with the lottery's net proceeds plus $20 million a year in state general revenue.

The amount handed out for the Academic Challenge Scholarships peaked at $132.9 million in fiscal 2013, with awards going to 33,353 students. Scholarship totals have dropped largely because the Legislature cut the amount of initial scholarships several times.

For fiscal 2023, "we continue to use a conservative estimate for each program" financed with lottery proceeds, Fuller said.

The 2017 Legislature created the Workforce Challenge Scholarship to use excess proceeds to provide up to $800 per year for students enrolled in programs that lead to qualifications in high-demand occupations.

The 2019 Legislature created the Concurrent Challenge program that allows high school juniors and seniors to receive the scholarships for a semester or an academic year in which they are enrolled in an endorsed concurrent course or certain programs. 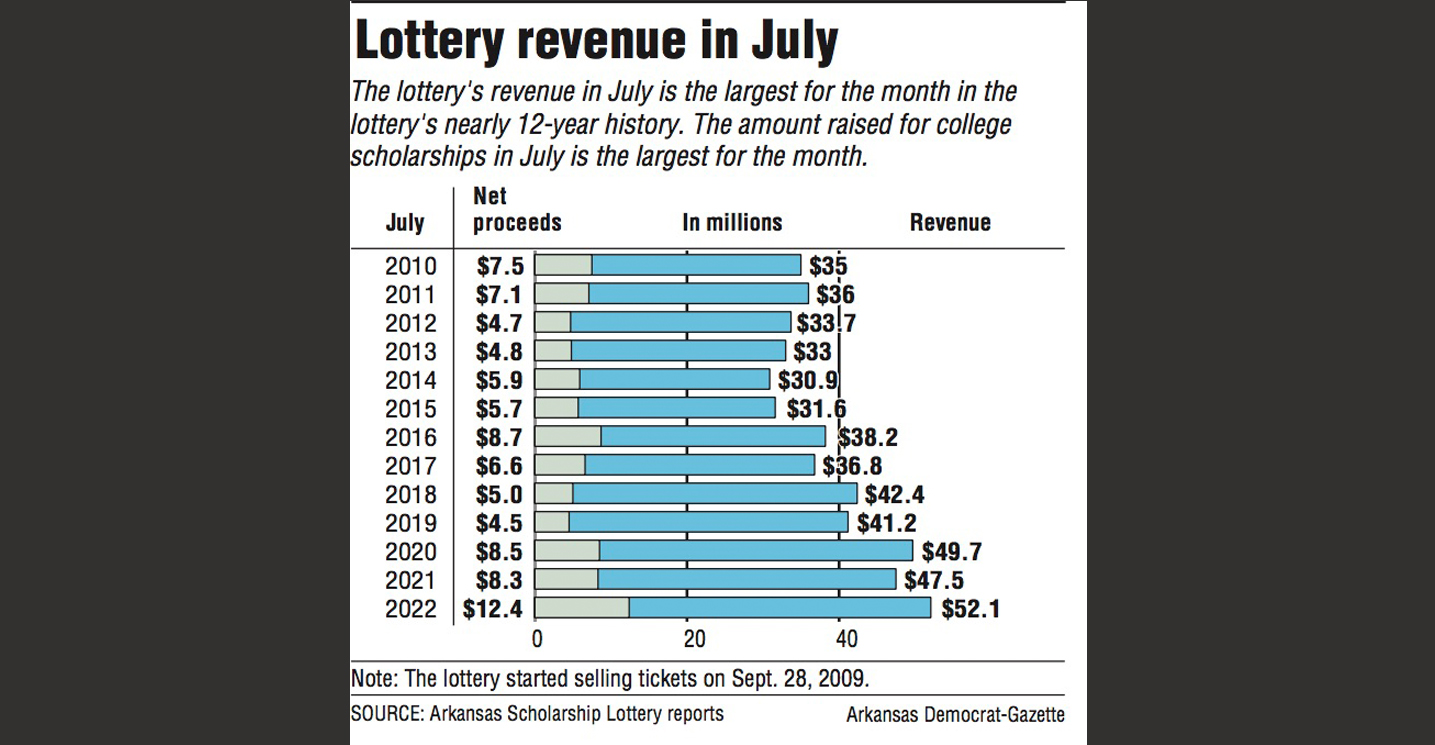