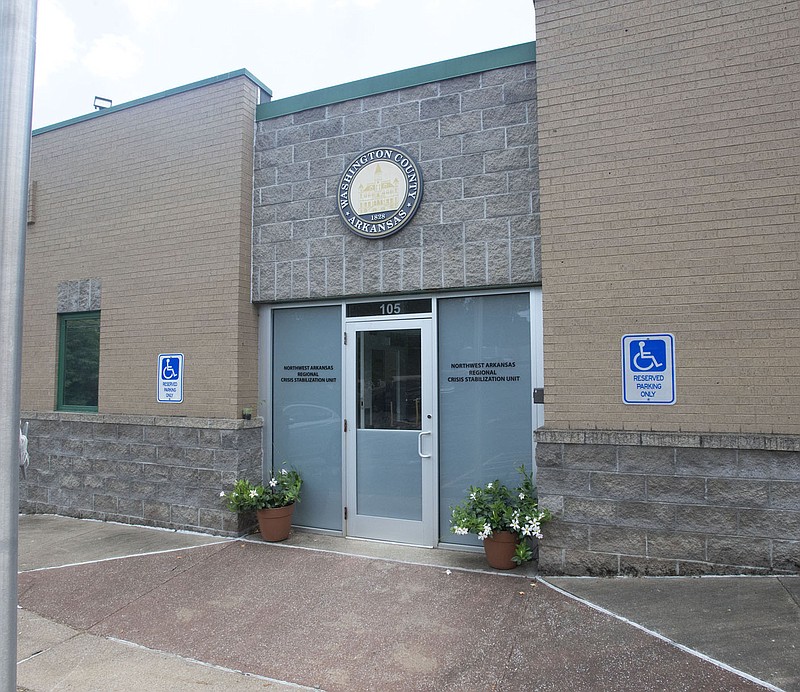 FAYETTEVILLE -- Local and state officials said Monday that the Northwest Arkansas Crisis Stabilization Unit will open this month after being closed for more than a year.

Kristen McAllister, program director of the crisis unit, said the facility has been fully staffed and has begun reaching out to local law enforcement agencies, hospitals and mental health providers about the reopening.

"We will operate in a way that's very similar to our sister unit in Pulaski County," McAllister said Monday.

Arkansas has four crisis stabilization units, which were created to be alternatives to jails and emergency rooms for people who experience a mental health care issue and who encounter law enforcement, according to the state Department of Human Services.

McAllister said the Northwest Arkansas crisis unit will open "later this month" but wouldn't give a date.

The Northwest Arkansas unit closed June 30, 2021. Ozark Guidance President Laura Tyler said in July 2021 that the company, a nonprofit group, couldn't absorb a state funding cut of $43,000 a month from $133,000 to $90,000. The remaining three crisis units in the state continued to operate with the reduced state funding.

McAllister was director of the unit for Ozark Guidance when it opened in June 2019. Washington County and the University of Arkansas for Medical Sciences agreed in January on a contract for the school to operate the unit, and McAllister was hired to continue as director under UAMS. The Pulaski County Crisis Stabilization Unit is also operated by UAMS.

The 16-bed unit serves as an alternative to jail. Participation is voluntary for those treated, who are usually accused of creating a disturbance, trespassing or other disruptive behaviors, law enforcement officials said.

McAllister said the facility operates on a referral basis, with potential clients being identified by local law enforcement agencies, hospitals and other medical facilities, families and friends.

When a person is referred to the crisis unit, she said, the staff will do "triage" by phone to determine if the individual meets the criteria for admission. If the staff determines someone is eligible for admission, they will be brought to the facility and given a rapid covid test. McAllister said the longest a person can stay at the crisis unit is 96 hours, and the average stay at the facility has been about 72 hours.

Chief Deputy Jay Cantrell with the Washington County sheriff's office said he visited the facility Monday morning and is glad it will be reopening.

"We're excited to see it opening," he said. "It will provide a service to people who need it and may help keep some people out of our jail."

Washington County Judge Joseph Wood said he hadn't thought the facility would be closed as long as it has been. Hospitals and other medical facilities nationwide are struggling with staffing levels and that has been the biggest hurdle for the unit, he said.

"I don't think anybody was predicting it would take this long to get a staff together," Wood said while visiting the facility Monday. "With UAMS being part of the state system, we're hoping this will be a long-lasting partnership."