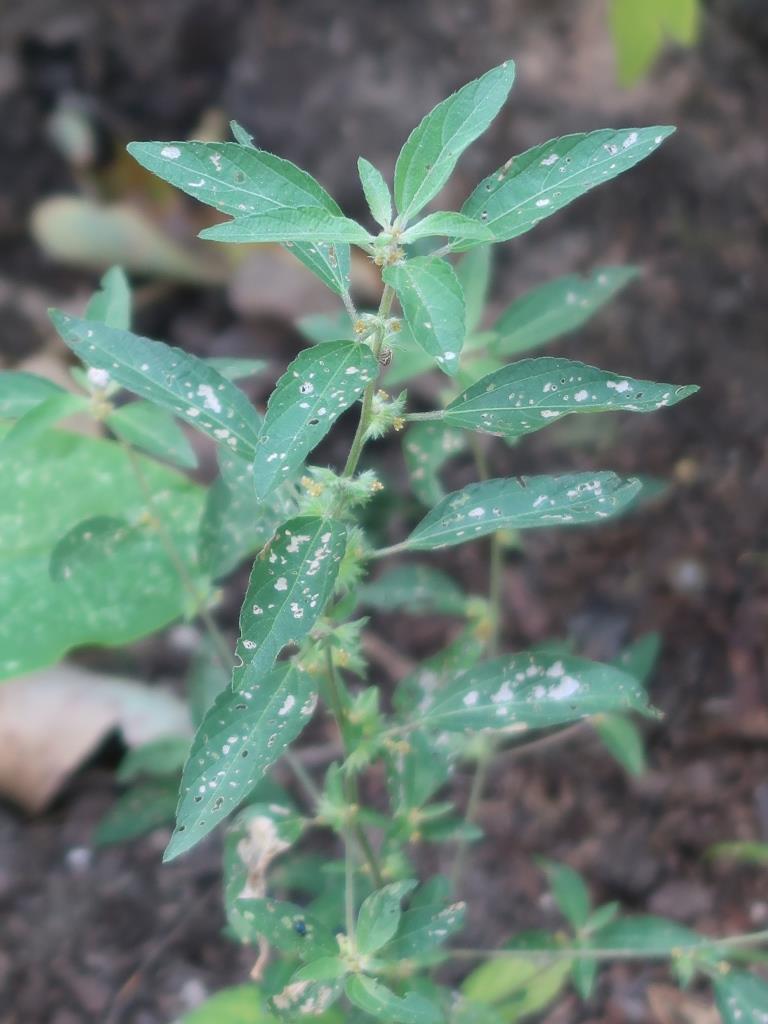 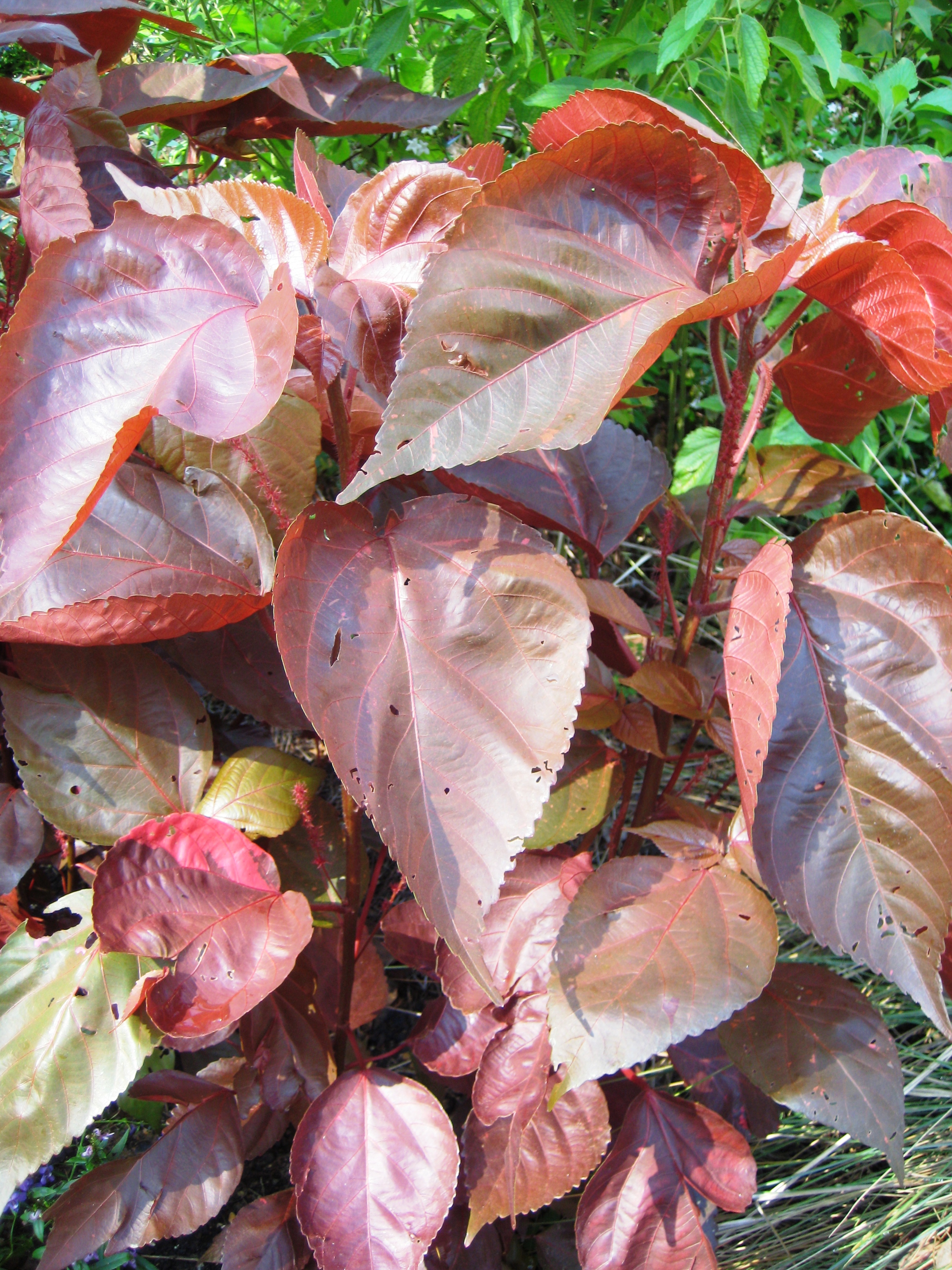 While the ornamental variety is tropical and has large, colorful leaves, this annual weed has small narrow green leaves and only grows up to 18-24 inches tall.  This annual weed is common in ornamental beds. While it does form a taproot, it is shallow and easily pulled up, especially after a rain.  The flowers are small and almost unseen at the leaf axils.  If they set seeds, the seed is a three segmented capsule, thus the common name three seeded mercury. 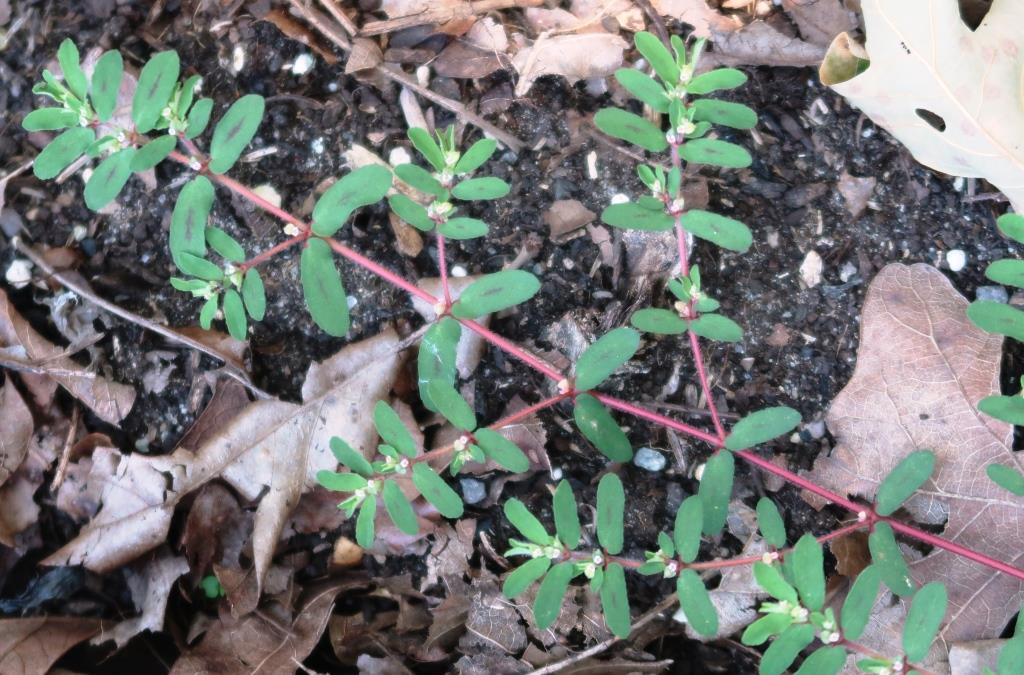 but I learned it as Euphorbia. It is related to poinsettias and does have a milky sap.  The weed grows low to the ground and is not even touched by mowing.  It hugs the ground and is typically more common in bare or poor soils.  If left unchecked, the rosette will grow larger and larger, with one central taproot. 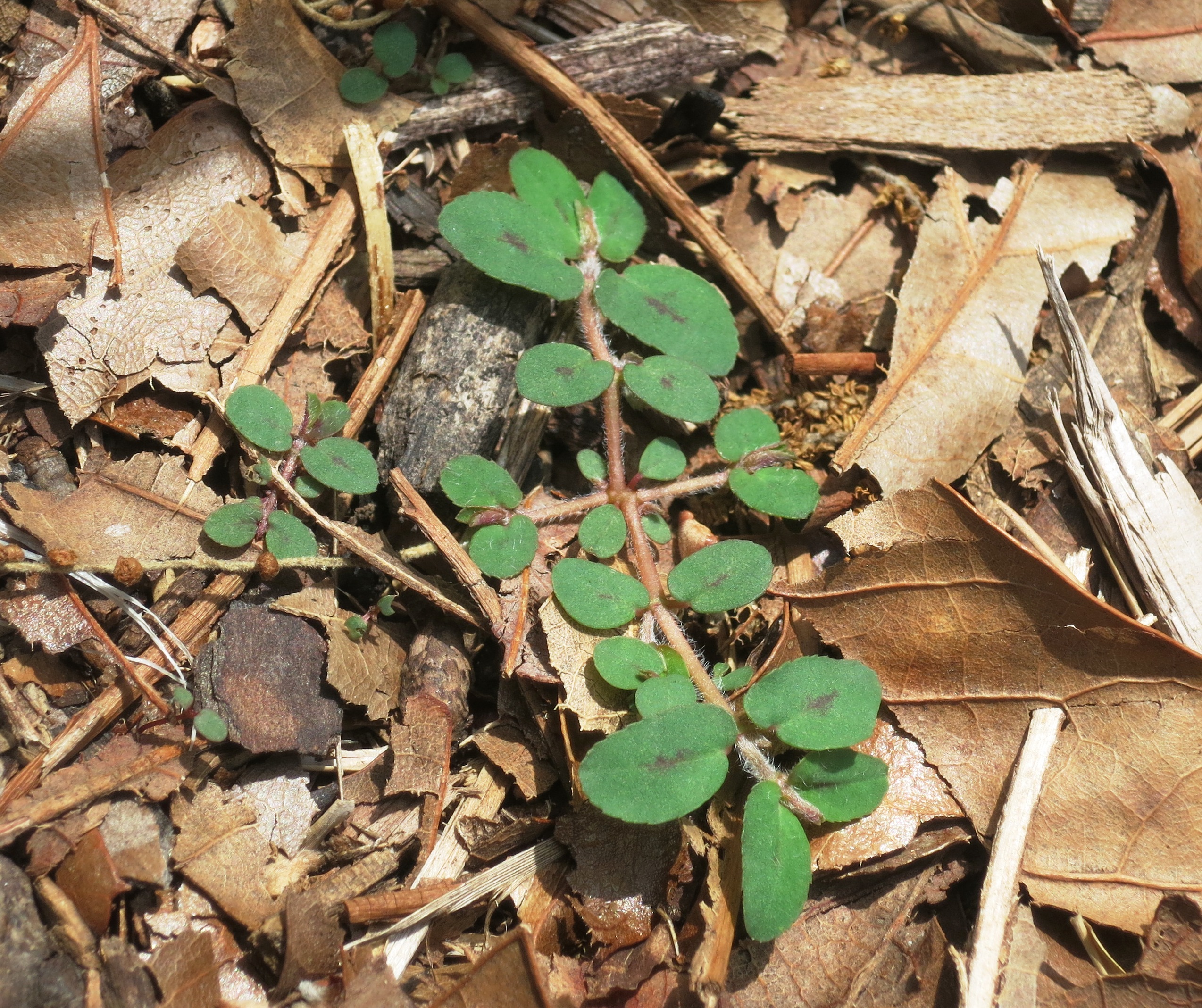 There are several spurge weeds, but this one has a small spot on the leaves.  The flowers are tiny as are the resulting seeds, but it will be back again next year.  I even have it growing in some pots on the deck! 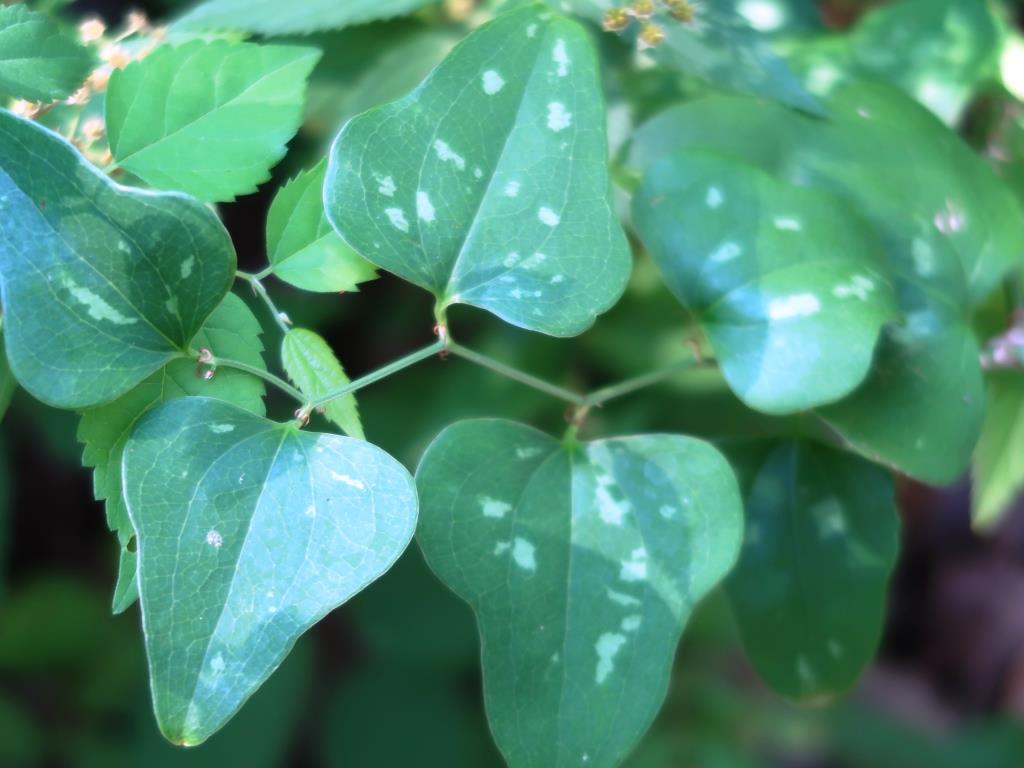 -  Stop and Wait a Minute Vine,  Sin Vine, Saw Briar,  Smilax and Goat Thorn are just some of the common names that people wrote in.  As with the other weeds this week, everyone seems to have them, and hates them as much as I do.  I was surprised at how many gardeners have actually eaten this one---it is edible, but I have never tried it. My goal is to kill it, which never actually happens.  Just when I think it is gone, it is back. There are actually several species of Smilax in our gardens—some have more thorns than others, 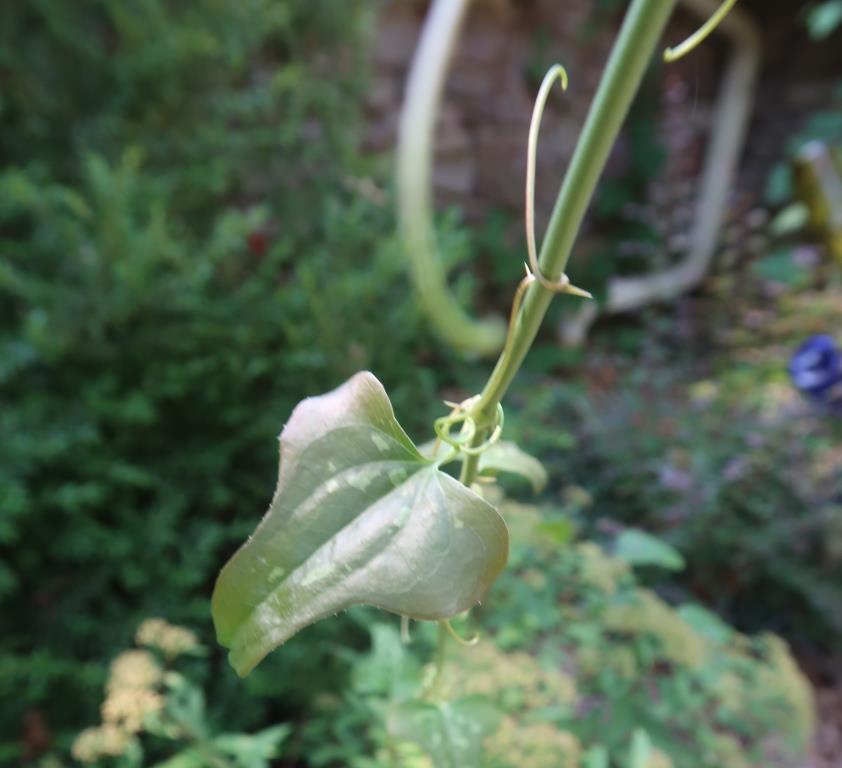 and some are/were used in the nursery/florist trade at one time (The non-thorny ones).  Most of us associate them with thorns and wiry stems, and hard to kill.  All of them have tenacious root systems, often forming a large, knobby rhizome, which if you don’t cut out, will spout again in days! It is a perennial vine, and some are evergreen and some are deciduous, but I would like it out of my garden. Wishful thinking, I know.