First day of school is full of hope 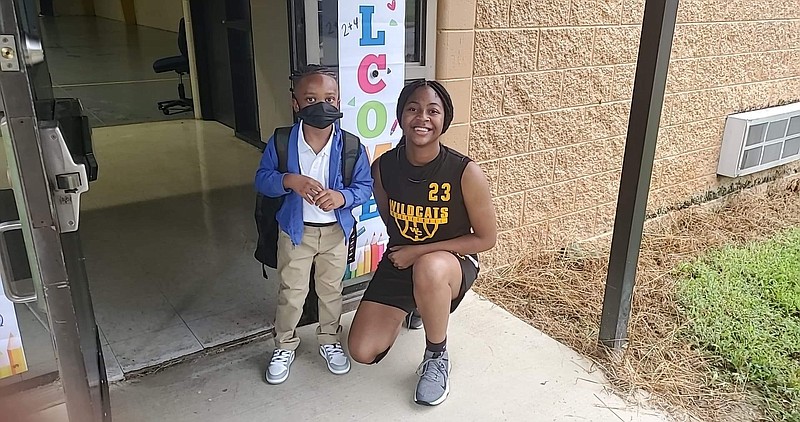 Blaire Smith rocked her black kitten-faced shoes, a rainbow unicorn backpack and a red raincoat for her first day of school at Edgewood Elementary.

"She was up before the alarm," Natasha Turley, Blaire's mother, said.

Blaire, 5, was ready for her first day of kindergarten. A bit shy, Blaire said she was ready to see "Miss Crystal," her teacher, and make new friends.

Parents walked their children into Edgewood on a rainy Monday morning, for the first time since 2019 because of the covid-19 pandemic. Some students wore masks, and hand sanitizer was a must in colorful new backpacks.

For Watson Chapel School District it was a team effort for the first day of the 2022-23 school year.

"We're here to help the kids and parents out," Henderson said. "Sometimes the kindergarten kids don't want to leave their parents. It's good for them to have a helping hand."

White Hall Middle and High School implemented an eight-period day that includes a time of remediation and enrichment for each student, Jones said.

"Today was an awesome day at Pine Bluff High School," Ronnieus Thompson, the high school's interim principal said. "The students were happy and the faculty and staff worked as a team to entire the students were taken care of. The buildings were clean and freshly painted. The administrative team worked to ensure all things went well."

Thompson said new football coach Micheal Williams and Rev. Tom Scott, a behavior support teacher, were by her side all day to make sure the day was successful.

"It was a true team effort at Pine Bluff High School," Thompson said. "It is indeed our 'winning season.'"

Michael Anthony, Dollarway High School principal, said the first day was as great as he hoped it would be.

Teachers and students at the district's secondary schools will spend the week, he said, adjusting to a new 90-minute block schedule.

"It allows the teachers more time to differentiate and address the individual needs of the students," Anthony said. "It is great for classes that also have a practicum or lab connected to theory or instruction. In short, students can apply what they have learned within the 90 minutes."

Teachers, he said, need more one-on-one and small group time to re-calibrate after two years of remote, and at times, sporadic, learning opportunities because of the pandemic.

"They are excited about the career course opportunities afforded to them through Pine Bluff high such as cosmetology ... in addition to the concurrent credit for college through SEARK," Anthony said.

Giving guidance for students' futures was a top priority for school administrators and community leaders.

"It gave us a chance to bond with some students and see where their mindset is," Harden said. "Fathers play an important role in kids' lives, and we know a lot of the kids in this area may not have a father figure in their lives."

Harden said students needed to remember others this year but to focus on themselves and their goals.

"Don't let negativity get you down," Harden said. "I told them to be positive. A positive battery allows a machine to go. Once you get a negative battery with a positive battery, the negative one will definitely start draining the positive. That's why it's so important for students to surround themselves with people who will lift you up when you are down." 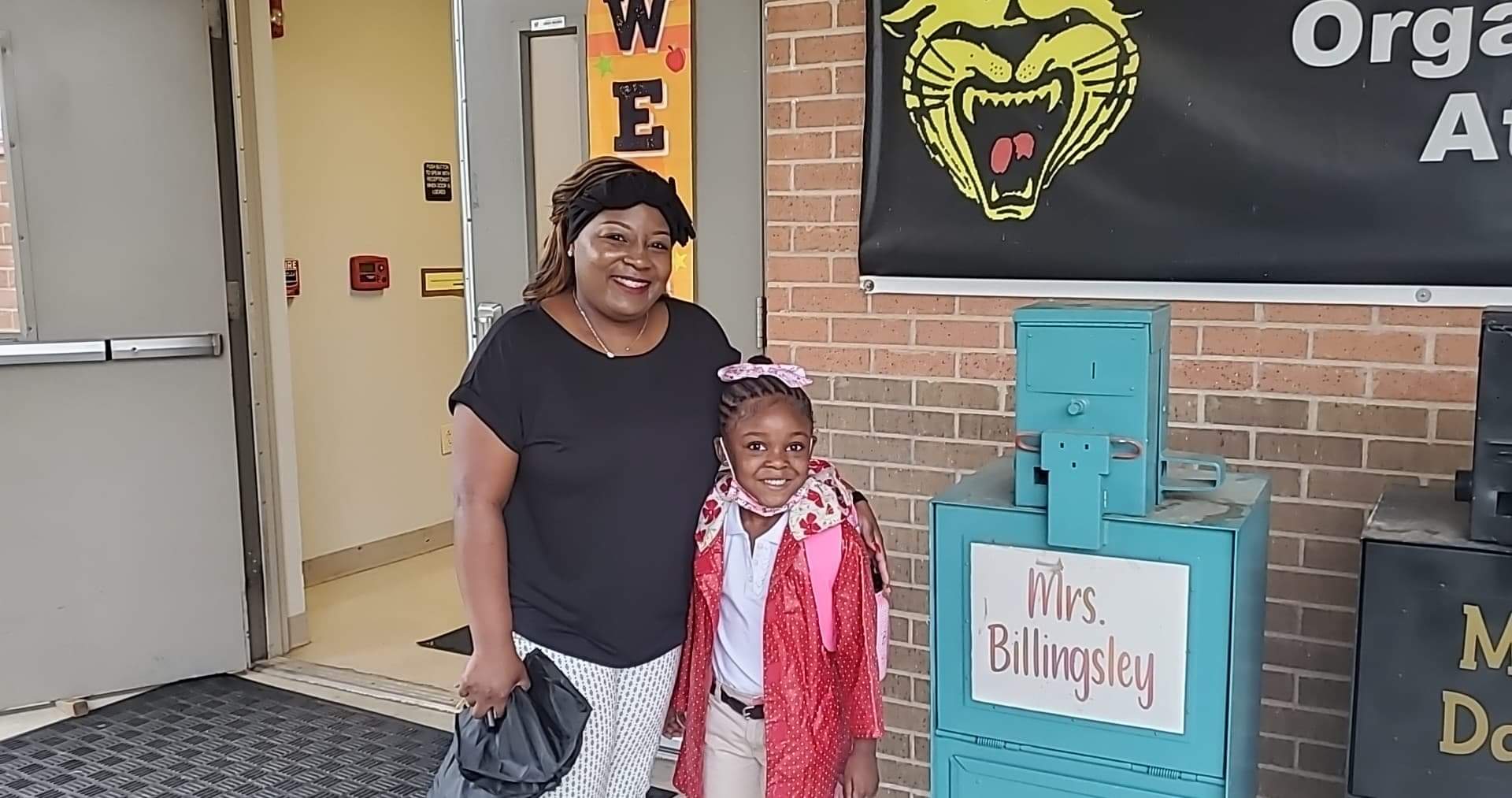 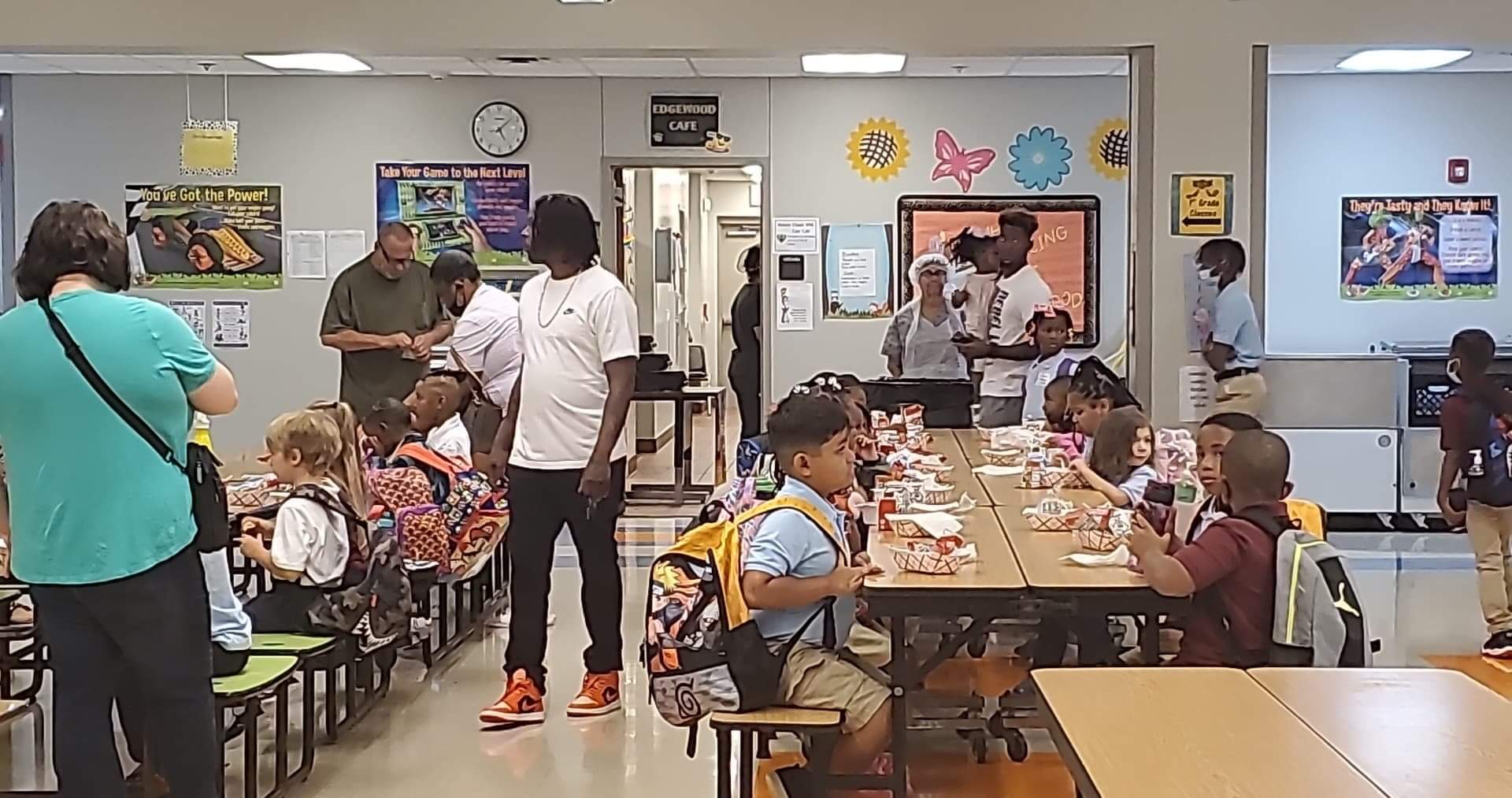 Print Headline: First day of school is full of hope