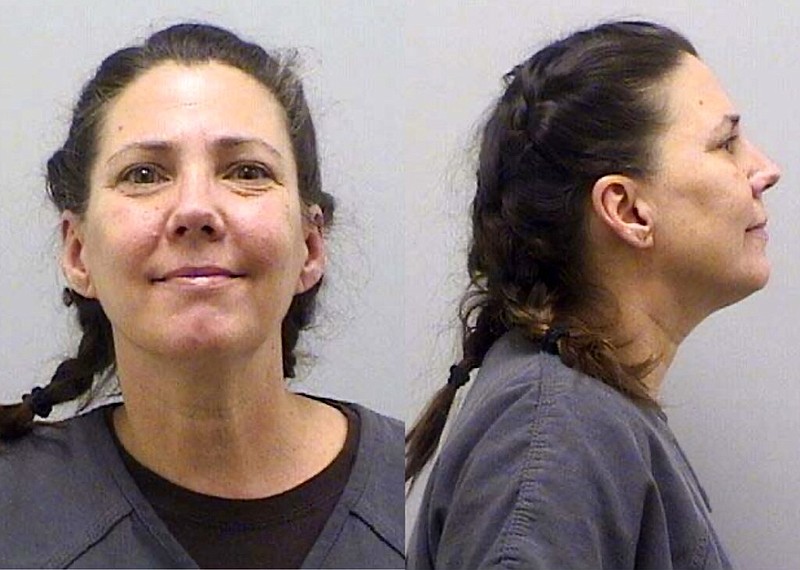 CASTLE ROCK, Colo. — A Colorado woman accused of plotting with QAnon supporters to kidnap her son from his foster home denied Thursday there was ever a planned raid, saying she met backers of the conspiracy theory after reaching out for help on social media to get her son back.

Cynthia Abcug, testifying on the last day of her trial in suburban Denver, said she “feels like a fool” now but was told at the time that the people she had met were working for “systemic changes in the family court system.” After a door at her townhome in Parker was found broken, one of the supporters she met arranged for an armed man to be sent to stay with her, sleeping on a couch with a view of the door, she said.

“My anxiety was out the roof and I was trying to have some hope I would get my son back,” Abcug said.

Abcug said she bought a gun around this time because she feared for her safety but never made it to an appointment for a training class and has never fired it, she said.

The prosecution’s case about the alleged plot in 2019 is largely based on the account of Abcug’s then 16-year-old daughter, who told her counselor that her mother was talking with QAnon followers about launching the raid on the foster home. The daughter testified that she did not think her mother knew where the home was located.

Many QAnon supporters believe former President Donald Trump was fighting enemies in the so-called deep state to expose a group of satanic, cannibalistic child molesters who they believe secretly runs the globe.

Abcug is charged with both conspiracy to commit second-degree kidnapping, a felony, as well as misdemeanor child abuse. Authorities say she lied about her son’s health problems to doctors, causing him to be subjected to unnecessary procedures, and told staff at his school that he suffered seizures, had trouble walking and swallowing and was dying. The boy has not suffered any medical problems since being put in foster care in May 2019, according to prosecutors.

Abcug’s lawyers have denied there was any evidence of lying about his conditions and seeking unnecessary treatments, referred to as medical child abuse. They say that a doctor who cared for the boy in Florida and a half-brother witnessed him having seizures and implied that at least some of his other health problems were side effects of medication prescribed to treat the seizures.