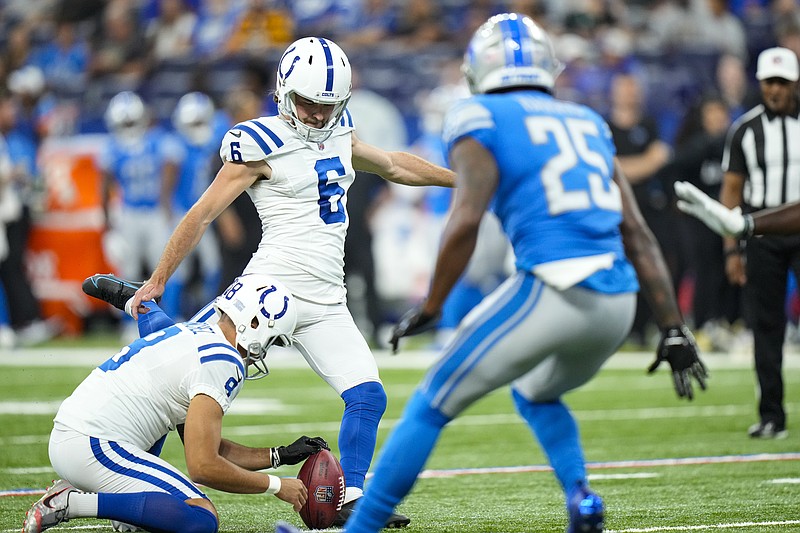 Indianapolis Colts place kicker Jake Verity (6) kicks a field goal from the hold of Rigoberto Sanchez during first half of an NFL preseason football game against the Detroit Lions in Indianapolis, Saturday, Aug. 20, 2022. (AP Photo/AJ Mast)

The Indianapolis Colts have lost Rigoberto Sanchez with a season-ending torn Achilles tendon. Colts officials confirmed the injury was suffered during Tuesday's practice and provided the diagnosis Wednesday. Sanchez has been one of the Colts special teams staples since he won the punting job as an undrafted rookie in 2017. He's played in all but two games since then -- missing those while he was undergoing cancer treatment. The University of Hawaii alum also is Indy's kickoff specialist and is the holder on extra points and field goals. He's averaged at least 45.0 yards per punt in three of the past four seasons including 45.3 yards with a net average of 39.7 last season. Former Buffalo punter Matt Haack is expected to be one of the front-runners to replace Sanchez.

Dallas Cowboys left tackle Tyron Smith exited practice early Wednesday night with a left knee injury that was to be further evaluated. The team said an MRI was planned today for the eight-time Pro Bowler. Smith has been hampered mostly by back, neck and shoulder injuries in recent years. He has missed at least three games each season since 2016, including a career-low two games in 2020 before season-ending neck surgery. Smith was injured during 11-on-11 drills when he went to engage linebacker Leighton Vander Esch about 5 yards downfield before crumpling to the turf. He walked off the field without help.

Team Penske signed Joey Logano on Wednesday to a long-term contract extension that locks down both the 2018 NASCAR champion and teammate Ryan Blaney for the next several years. Blaney got a contract extension last week, and Logano's has been finalized to keep him in the No. 22 Ford. Logano joined Team Penske ahead of the 2013 season after he was dumped by Joe Gibbs Racing over lack of performance. But he's flourished at Penske and won 27 Cup races, including the 2015 Daytona 500, the 2016 NASCAR All-Star race, the 2021 Bristol Dirt race and the first Next Gen race in the January exhibition at Los Angeles Memorial Coliseum. Logano won his championship in 2018 when he beat Carl Edwards in the season finale to earn his only Cup title.

Three-time Grand Slam champion Angelique Kerber withdrew from the U.S. Open on Wednesday because she is pregnant, announcing the news via social media by joking that "two against one just isn't a fair competition" and posting a string of emojis that included a baby bottle. Kerber, 36, won the title at Flushing Meadows in 2016 to rise to No. 1 in the WTA rankings. She also won the Australian Open that year and added a Wimbledon championship in 2018.

Epicenter has been installed as the morning-line favorite for the $1.25 million Travers Stakes on Saturday at Saratoga Race Course as he prepares to face the rivals who beat him in the first two legs of the Triple Crown. Winner of the Grade 2 Jim Dandy Stakes just over three weeks ago at Saratoga and runnerup to Rich Strike in the Kentucky Derby and Early Voting in the Preakness, Epicenter is the 7-5 choice for the Grade 1 Travers at 1 1/4 miles and will go from the sixth post position with jockey Joel Rosario aboard. Rich Strike, who won the Derby by three-quarters of a length, will go from the No. 2 position with jockey Sonny Leon aboard at 10-1 odds. Early Voting is an 8-1 choice with jockey Jose Ortiz and will go off from post seven. Cyberknife, winner of the $1 million Grade I Haskell Invitational and the Grade I Arkansas Derby, will be ridden by Florent Geroux and is the third choice at 7-2. 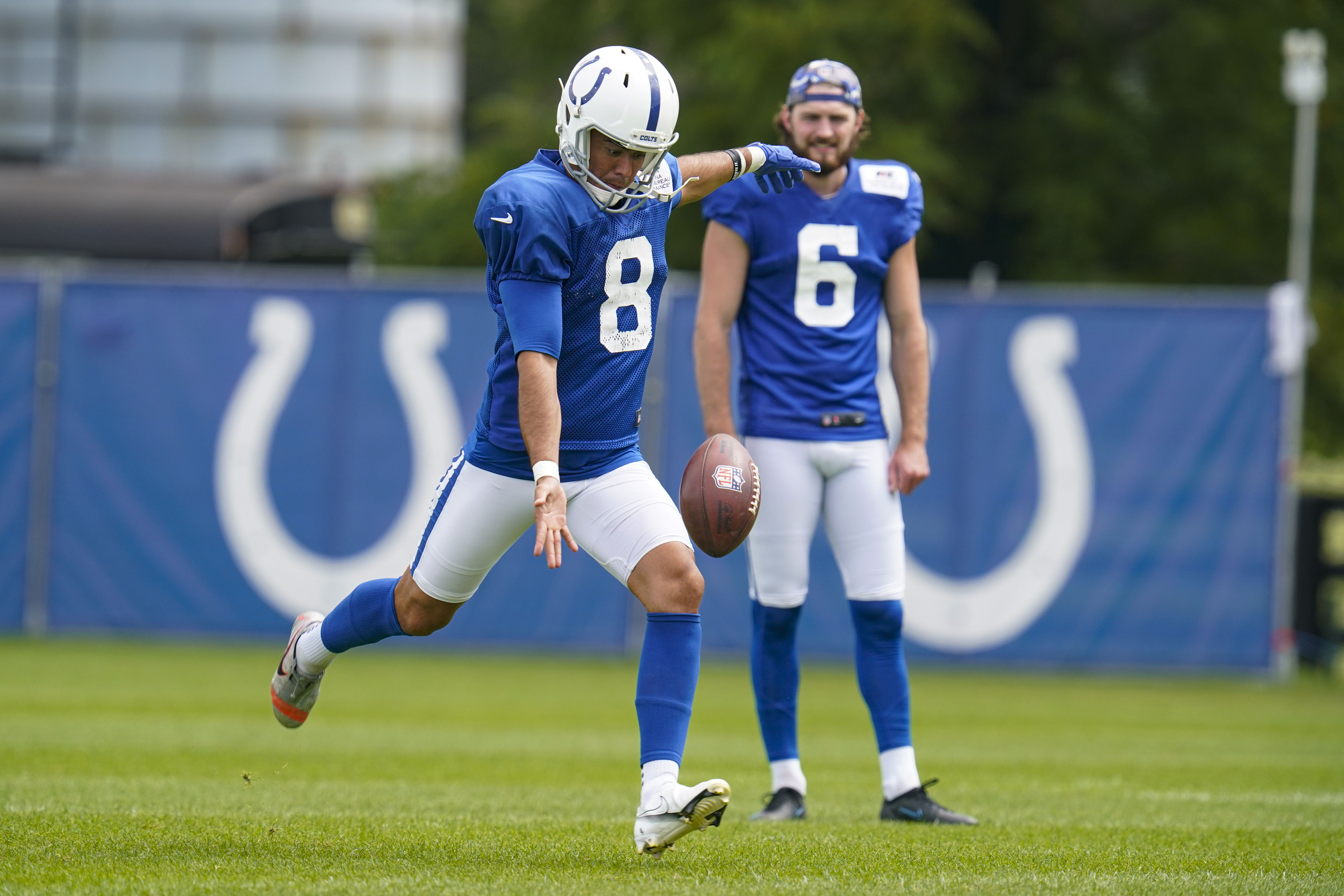