Top seeds have eyes on $18M 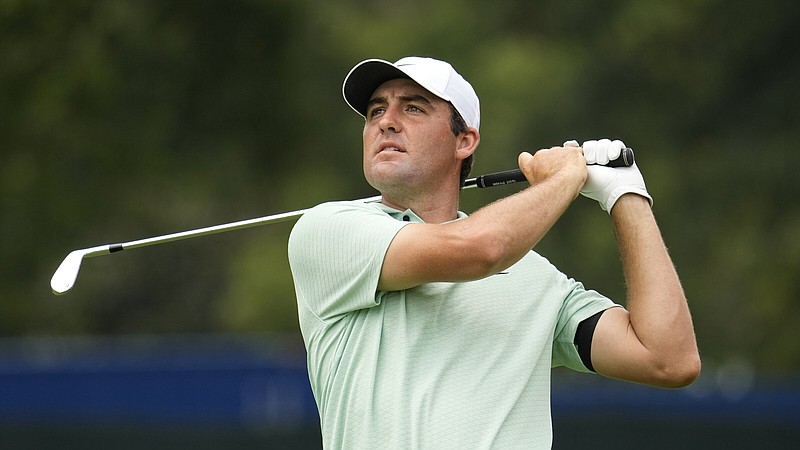 Scottie Scheffler watches his second shot from the 14th fairway during a practice round for the PGA TOUR Championship at East Lake Golf Club Wednesday Aug 24, 2022, in Atlanta, Ga. (AP Photo/Steve Helber)

ATLANTA -- Scottie Scheffler has experienced so much new this year. He won his first PGA Tour title in Phoenix. He won his first major at Augusta National. And now he's at East Lake for the Tour Championship for another strange sensation.

He can't remember the last time someone gave him strokes, much less Patrick Cantlay.

"It's been a while, yeah," said Scheffler, the No. 1 seed in the FedEx Cup. "It's nice being on this end of the strokes versus having to give them up to everybody, like I have to do at home."

No one ever complains about the money from the FedEx Cup. The winner gets $18 million. Will Zalatoris had to withdraw with a bad back and will get last-place money of $500,000.

It's how they get to that point that is different.

For the fourth consecutive year, the No. 1 seed starts out at 10-under par and with a two-shot lead before the first tee shot today. That's a reward for being the No. 1 seed going into the FedEx Cup finale, and recent history is on Scheffler's side.

Patrick Cantlay began with a two-shot lead last year and won the FedEx Cup by one shot over Jon Rahm, who started the tournament four shots behind. Two years ago, Dustin Johnson was the top seed and won by three shots over Xander Schauffele, who had the better actual score over 72 holes by one shot.

The only No. 1 seed not to win was Justin Thomas, who tied for third. Rory McIlroy won that year and remains the only player to win the FedEx Cup and post the lowest score in the Tour Championship. It can be a lot to digest.

Cantlay and McIlroy both have a chance to break new round. No one has ever won the FedEx Cup in consecutive years. McIlroy (who starts six shots behind) is trying to become the first player to win the FedEx Cup three times.

Cantlay didn't like the system a year ago before he won, and even a $15 million prize last year didn't change his mind.

"I'm not a fan," he said this week. "I think there's got to be a better system, although frankly I don't know what that better system is."

No one seems to have a realistic solution, though no one is terribly upset about the whole situation with a total of $75 million in bonus money being distributed.

All of them are at East Lake for a reason -- they played great golf at some point this year.

"I think I speak for all the players when you say that when you're at East Lake, it essentially verifies that you either have had a really good season or you've turned it on and played really well in the playoffs," Jordan Spieth said. "Either way, that's really solid."

The 29-man field -- minus Zalatoris -- sets off amid a battle of riches outside the ropes.

Saudi-funded LIV Golf has lured away some two dozen players from the PGA Tour to compete in 48-man fields over 54 holes for $25 million in total prize money. There are eight events this year, 14 on tap for next year.

The PGA Tour has countered with a new model of 12 "elevated events" to go along with the four majors, The Players Championship, all of them averaging $20 million purses.

And now there's $18 million to the winner in one week at East Lake, even if it took all season to get to this point.

The field features 10 players in the Tour Championship for the first time. That includes Honda Classic winner Sepp Straka, who finished second in the first FedEx Cup playoff event; and Scott Stallings, who was second in last week's playoff event.

In three years of this staggered start -- the last four players start 10 shots behind -- McIlroy at No. 5 (five strokes behind) is the only one to win.

Everyone else only has hope.

"I'd say anyone that made it into this tournament ... you shoot 6- or 7-under that first day, you'd imagine you'd put yourself right in the tournament," Xander Schauffele said Tuesday. "I'd say it's there for the taking."

Schauffele is the No. 4 seed and starts four shots behind. He has never started closer than six shots behind in this format, and yet he has been runner-up twice and tied for fifth. No one has played East Lake better in recent years. He has 18 of is 20 rounds under par. Schauffele has never shot over par. He just doesn't have a trophy to show for it, just a lot of money.

"You can only control what you can control, and I've managed to play pretty well here," he said. "Other guys have beat me. If I can just keep knocking on the door and keep appearing here at East Lake, I would imagine I'd be in good hands for quite some time."

Scott Stallings chips out of the bunker on the 18th hole during a practice round for the Tour Championship at East Lake Golf Club Wednesday Aug 24, 2022, in Atlanta, Ga. (AP Photo/Steve Helber)

Jon Rahm, of Spain, practices his putting on the 18th green during a practice round for the PGA TOUR Championship at East Lake Golf Club Wednesday Aug 24, 2022, in Atlanta, Ga. (AP Photo/Steve Helber) 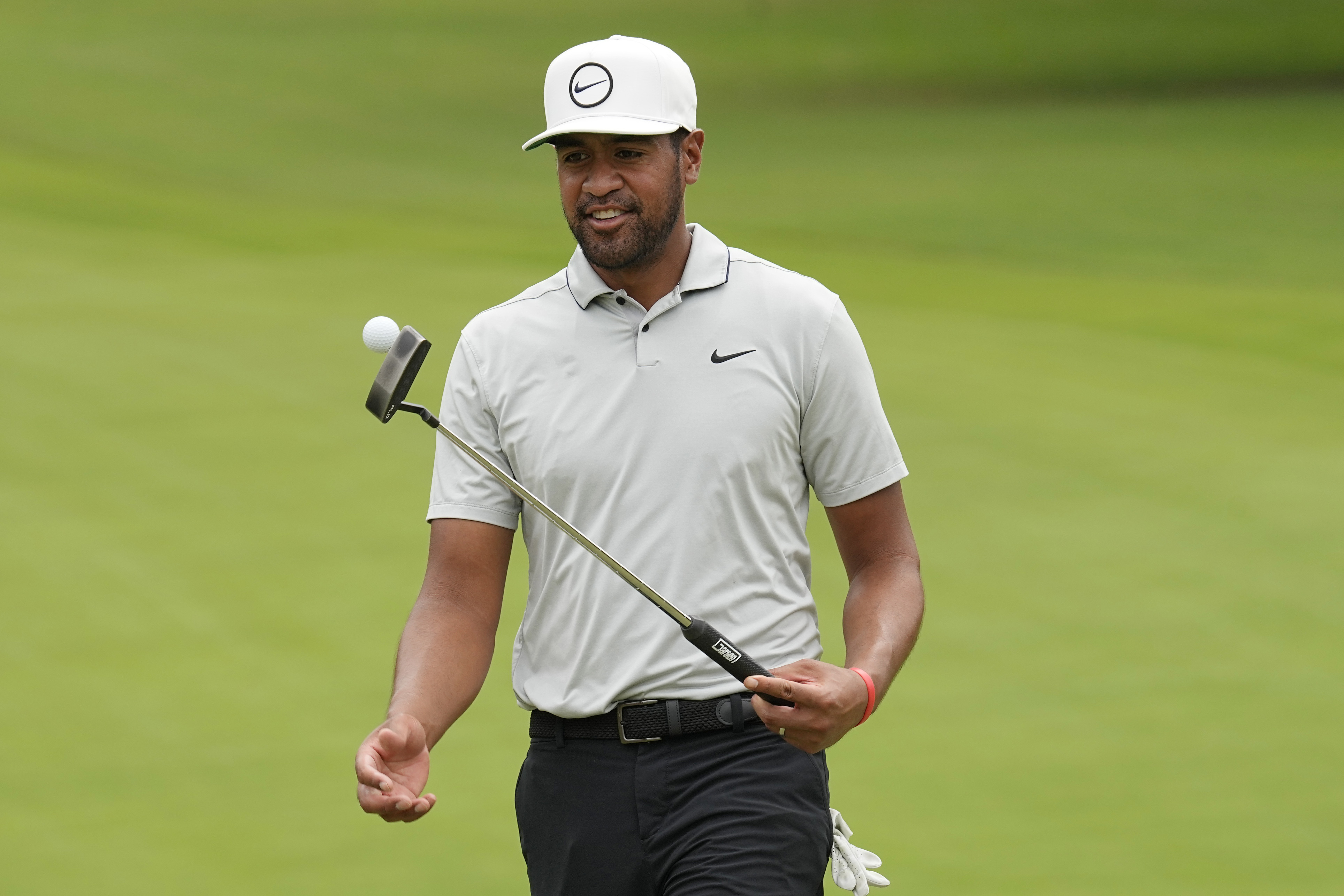 Tony Finau grabs his ball on the seventh green during a practice round for the PGA TOUR Championship at East Lake Golf Club Wednesday Aug 24, 2022, in Atlanta, Ga. (AP Photo/Steve Helber)

Sepp Straka, of Austria, hits out of a bunker on the eighth hole during a practice round for the PGA TOUR Championship at East Lake Golf Club Wednesday Aug 24, 2022, in Atlanta, Ga. (AP Photo/Steve Helber)