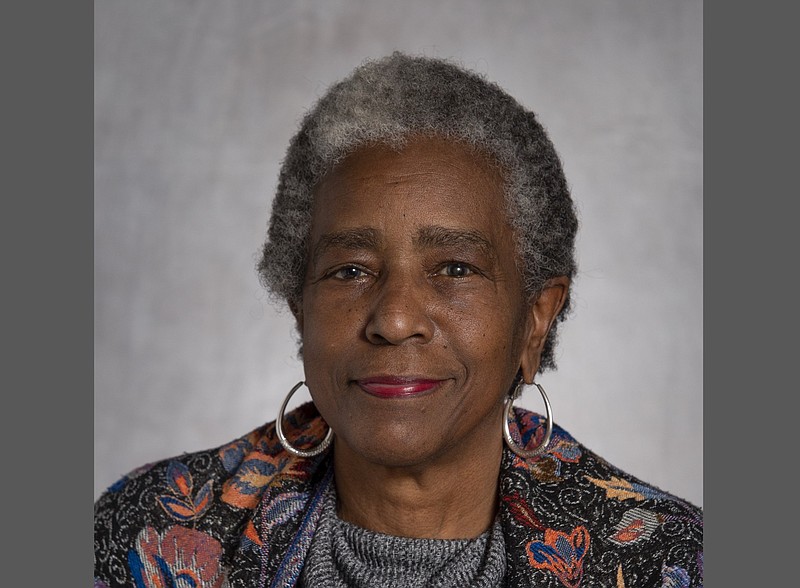 A state senator from Pine Bluff who attended legislative meetings via videoconference has reimbursed the Senate nearly $3,000 that she improperly received in per diem and travel expense payments for those meetings.

Arkansas state Sen. Stephanie Flowers, D-Pine Bluff, sent the Arkansas Senate a check dated Aug. 11 for $2,714 for 46 days of per diem payments, according to Arkansas Senate records. Flowers also sent a second check dated Aug. 22 to the Senate for an additional $217.60 in per diem and mileage payments, according to records obtained through the Arkansas Freedom of Information Act.

Flowers’ reimbursements to the Senate come after Sen. Alan Clark, R-Lonsdale, queried the Bureau of Legislative Research in the last week of July about how many Senate Judiciary Committee meetings Flowers had attended in person during the 2021 regular session and how many Senate Judiciary Committee meetings she attended remotely via Zoom during the 2021 regular session, according to bureau records.

During the 2021 regular session amid the coronavirus, the Senate adopted emergency procedures stating that senators participating remotely via Zoom in a Senate meeting “will not be counted as present for the purposes of per diem, unless the member has traveled to Little Rock from his or her district for the purpose of participating in the session.”

Senate President Pro Tempore Jimmy Hickey, R-Texarkana, said he learned from the Senate staff as a result of Clark’s inquiries that Sen. Trent Garner, R-El Dorado, and Flowers, who participated in the Senate’s meetings through Zoom during the 2021 regular session, were incorrectly paid per diem.

“I personally looked at it a clerical error,” he said in an interview nearly two weeks ago when asked why he didn’t file an ethics complaint against Flowers.

Hickey said he asked the Senate’s staff how they would have handled a similar matter several years ago and they indicated that they would allow the senators to repay the money they were incorrectly paid.

Flowers and Garner both agreed to repay the Senate what they were incorrectly reimbursed, he said.

Flowers, a member of the Senate Ethics Committee, could not be reached for comment on Friday by either telephone or email.

Garner also could not be reached for comment Friday. It is not clear how much he owes, but it's expected to be a lower amount than what Flowers paid.

On Friday, Clark declined to comment on whether he has filed an ethics complaint against Flowers.

“Until the committee releases information, I’m mum,” he said in a brief telephone interview.

Hammer said the Ethics Committee’s next meeting will be next Thursday at 9 a.m.

Senators’ general reluctance to talk about ethics complaints until after the Ethics Committee takes action on the complaints has come after the Senate in January 2021 changed its ethics rules to state that “A Senator shall not make an allegation of a violation verbally in a meeting of the Senate or by any other means outside the [ethics complaint] petition and committee process of these rules.”

A senator who improperly brings an allegation of a violation may be subject to any of the penalties set forth in the Senate’s ethic rules under rule change adopted in January 2021. These penalties range from a letter of caution to expulsion.

The Senate’s rule change in January 2021 came more than two months after Garner publicly announced to senators that he was filing an ethics complaint against Sen. Jim Hendren, who is now an independent from Sulphur Springs. Garner’s announcement surprised many senators, including members of the Senate Ethics Committee.

In November 2020, the state Senate initially dismissed Garner’s ethics complaint against Hendren as frivolous. The Senate Ethics Committee later held a closed hearing on Garner’s complaint and recommended the Senate dismiss the complaint before Garner withdrew the complaint.

That complaint was the first ethics complaint filed against a state senator under the Senate’s overhauled ethics rules adopted in June of 2018. The overhaul of the Senate’s ethics rules, led by Hendren, came after federal investigations in the previous few years led to the convictions of several former state lawmakers.

On June 15, Hickey filed the second and third ethics complaints filed against state senators under these revised ethics rules.

He filed an ethics complaint against Sen. Mark Johnson, R-Ferndale, for Johnson signing in Clark’s name on the sign-in sheet for reimbursement at the Senate Boys State committee meeting on June 3 that Clark didn’t attend. He also filed a complaint against Clark for asking Johnson to seek reimbursement of public funds for Clark for that meeting. The Senate didn’t pay the $155 per diem to Clark for that meeting at the behest of Senate leaders.

On July 21, the Senate handily approved the Ethics Committee’s findings that Clark and Johnson violated the Senate’s ethics rules as well as the committee’s recommended punishments.

The Ethics Committee found that Clark admitted he didn’t attend the Senate Boys State committee meeting on June 3, after he said he was sick, and he knowingly sought reimbursement of public funds by asking Johnson to sign Clark’s name on the sign-in sheet.

On July 21, Clark told senators that he made a mistake and it won’t happen again.

The Senate’s punishment for Clark was to strip him of his committee chairman and vice chairman posts and block his eligibility for per diem and mileage reimbursement for the rest of this year. He was also reprimanded by the Senate and future Senate president pro tempores are not to consider Clark for appointment to serve in the future on Boys State, Girls State or the Senate Ethics Committee.

The Senate Ethics Committee found that Johnson signed the name of Clark on the sign-in sheet for reimbursement at the Senate’s Boys State committee meeting on June 3 when Johnson knew that Clark didn’t attend the meeting.

Johnson also apologized to senators on July 21, but he insisted that he didn’t know that Clark had not attended the committee meeting.

As punishment, the Senate stripped him of any chairman and vice chairman posts, and blocked his eligibility for per diem and mileage reimbursement and removed from the Ethics Committee for the rest of this year, reprimanded by the Senate, and future Senate president pro tempores are not to consider Johnson for appointment to serve in the future on Boys State, Girls State or the Senate Ethics Committee.

Johnson has been vice chairman of the Joint Energy Committee, the Joint Budget Committee Claims Subcommittee, and the Legislative Council Charitable, Penal and Correctional Institutions Subcommittee.

The latest ethics complaint that the Senate Ethics Committee convened for Friday is the fourth ethics complaint filed against a state senator since the chamber’s ethics rules were overhauled in June of 2018.

They are reimbursed for mileage at a rate of 62.5 cents per mile, she said.

State representatives and senators are paid $44,356 a year in salary by the state except for the House speaker and Senate president pro tempore, whose salaries are $50,661 a year.