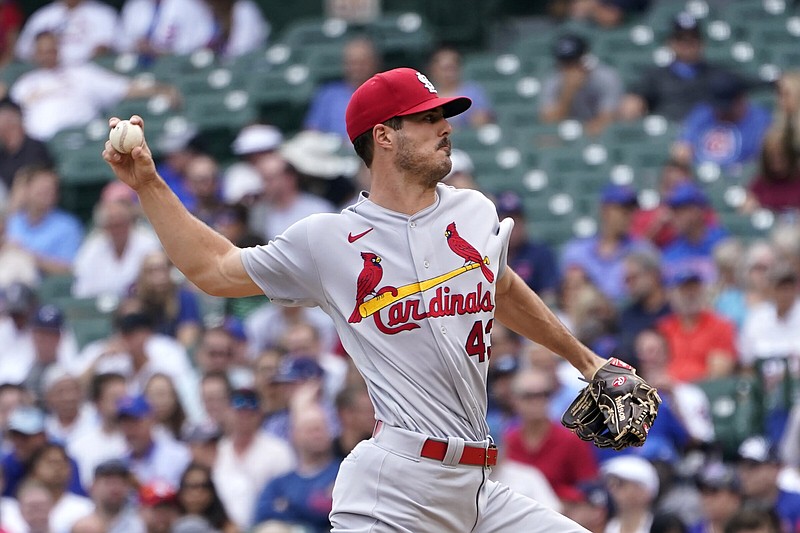 CHICAGO -- Paul Goldschmidt slugged his 32nd and 33rd home runs to highlight a five-RBI performance and position himself in the Triple Crown discussion, helping the St. Louis Cardinals roll to an 8-3 win Thursday over the Chicago Cubs.

Goldschmidt increased his NL-leading RBI total to 105 and also leads the NL in batting average (.339). He is second to Kyle Schwarber of the Phillies (35) in home runs, and Thursday was the third time this season Goldschmidt had a multi-home run game and the 23rd time in his career.

"If something like that (the Triple Crown) happened, it would be a miracle," Goldschmidt said. "So to think that's realistic is probably pretty far-fetched. It would be amazing, but to think that's a goal for anyone is a crazy standard."

Goldschmidt, Corey Dickerson and Tommy Edman collected three hits apiece as the NL Central-leading Cardinals won for the 10th time in their last 12 games and concluded a 6-2 trip.

Dickerson set an expansion-era franchise record for consecutive hits -- 10 in 10 consecutive plate appearances. He sparked a three-run first inning with an RBI single for his ninth consecutive hit, breaking the previous mark of eight held by Curt Flood (1964, 1968), Felix Jose (1991) and Fernando Tatis (1998).

The Cardinals collected 16 hits even without slugger Nolan Arenado, who returned to St. Louis to attend the birth of his first child. But that was plenty of support for Dakota Hudson (7-6), who pitched a season-high seven innings of five-hit ball.

The Cubs lost for the fourth time in six games. Starter Marcus Stroman (3-6) gave up 11 hits and five runs, all earned, in five innings. It was one more hit than he'd surrendered against them on June 3.

"It looked like it just took (Stroman) a minute to get going, and I don't think he found that rhythm out of the stretch," Cubs Manager David Ross said. "He was in (the stretch) a lot. They were jumping on him early in the count sometimes."

Nolan Gorman followed Dickerson's first-inning hit with an RBI single, and Tyler O'Neill capped it with a sacrifice fly.

Goldschmidt hit a two-run single in the fourth off Stroman, then smacked a shot that landed near the top of the left-field bleachers off Sean Newcomb in the sixth and had a two-run shot in the eighth off Kervin Castro.

Cubs left fielder Ian Happ provided the bulk of the Cubs' offense, hitting a double and scoring on a throwing error by Edman in the second, and following that with an RBI single in the third. Happ also hit a double that eluded right fielder Lars Nootbaar to score Nico Hoerner in the eighth.

METS 3, ROCKIES 1 Jacob deGrom struck out nine over six innings of one-run ball, leading New York to a win over Colorado. Pete Alonso hit his 31st home run off the advertising signage in left field during a three-run third. The Mets increased their NL East lead over the idle Atlanta Braves to two games. DeGrom (3-1) retired the first 13 batters, eventually allowing three hits and walking one. He has a 2.15 ERA and has struck out 46 while walking just two in 29 1/3 innings spanning five starts since his return from elbow and scapula injuries. DeGrom was perfect until Jose Iglesias had an infield single with one out in the fifth.

PHILLIES 4, REDS 0 Aaron Nola struck out 11 and allowed just five hits in his second career nine-inning shutout as Philadelphia closed out a four-game sweep of Cincinnati. Edmundo Sosa had three RBI from the ninth spot in the lineup, and Kyle Schwarber hit his National League-leading 35th home run of the season. Philadelphia went 31-20 in games without slugger Bryce Harper, who is expected to rejoin the lineup today after missing two months with a broken left thumb.

BLUE JAYS 6, RED SOX 5 (10) Cavan Biggio scored on a fielder's choice hit by George Stringer in the top of the 10th inning and Toronto defeated Boston.

MARINERS 3, GUARDIANS 1 Mitch Haniger hit a three-run home run in the first inning to account for all of Seattle's offense and Marco Gonzales tossed six strong innings in a win over Cleveland. Haniger stayed hot at the plate, taking Cleveland starter Triston McKenzie (9-10) deep to left-center field just three batters into the game. Haniger has homered in three of the past four games and is hitting .313 in 17 games since coming off the injured list. Cleveland's only run off Gonzales (9-12) came in the first when Steven Kwan doubled and scored on Jose Ramirez's infield groundball. Gonzales retired 16 of his final 18 batters -- including 12 in a row.

ORIOLES 4, WHITE SOX 3 (11) Kyle Stowers hit his first major league home run to tie the game with Baltimore down to its last strike, and the Orioles went on to a victory over Chicago in 11 innings. Anthony Santander won it with an RBI single, but it was Stowers who saved it for Baltimore in the ninth. The 24-year-old outfielder, playing in his seventh career game, sent an 0-2 pitch from Liam Hendriks over the wall in right-center field. Hendriks had converted 19 save chances in a row before that. Felix Bautista (4-3) retired all six of his hitters in the 10th and 11th, preventing the White Sox from even advancing an automatic runner to third.

RAYS 8, ANGELS 3 Drew Rasmussen won his third consecutive start, Manuel Margot got four hits and Tampa Bay beat Los Angeles to complete a four-game sweep. Rasmussen (9-4) gave up 1 run, 6 hits and struck out 9 over 5 1 /3 innings. Isaac Paredes hit a two-run home run during a five-run third for Tampa Bay, which has won 11 of 13 and holds the top AL wild-card spot. 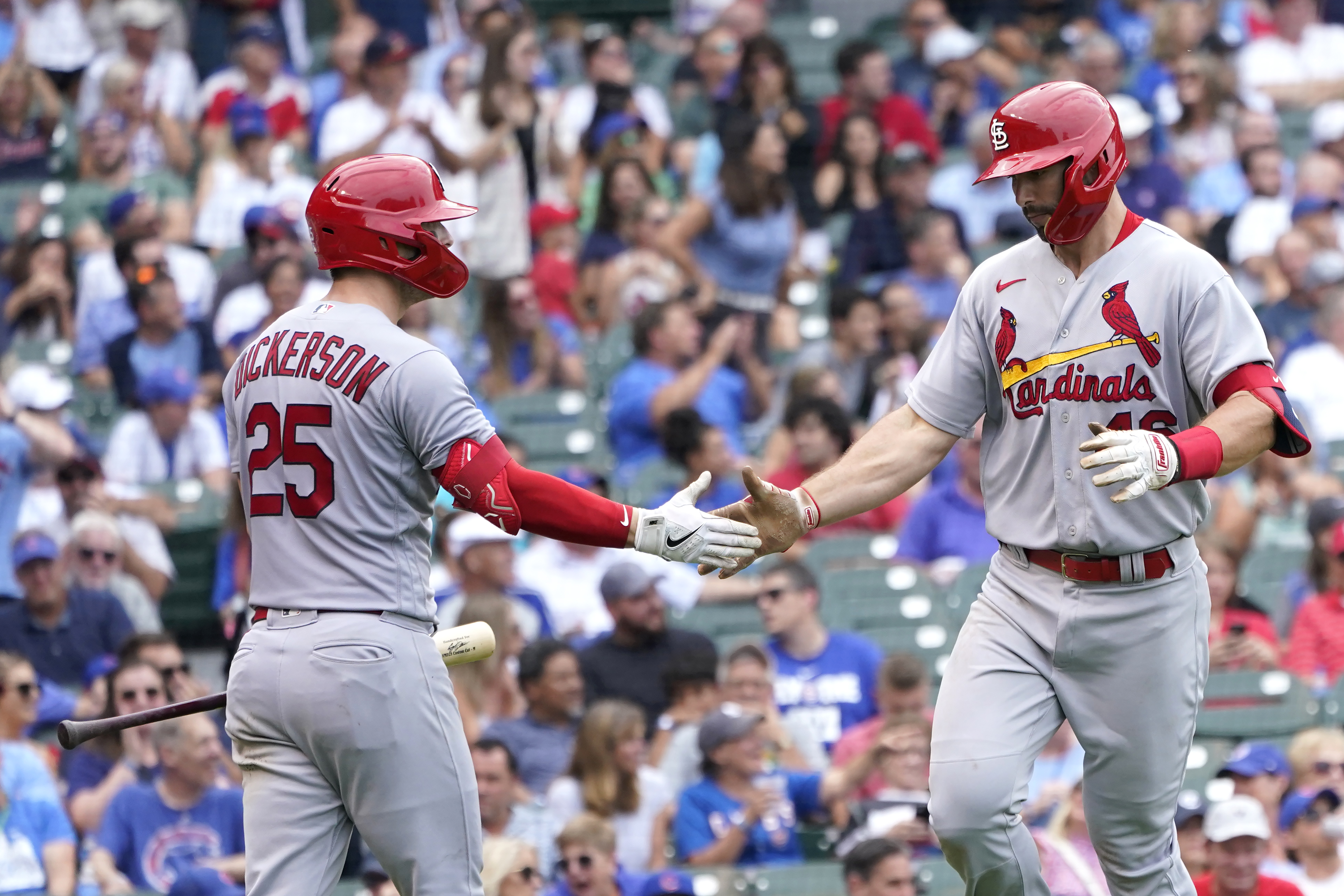 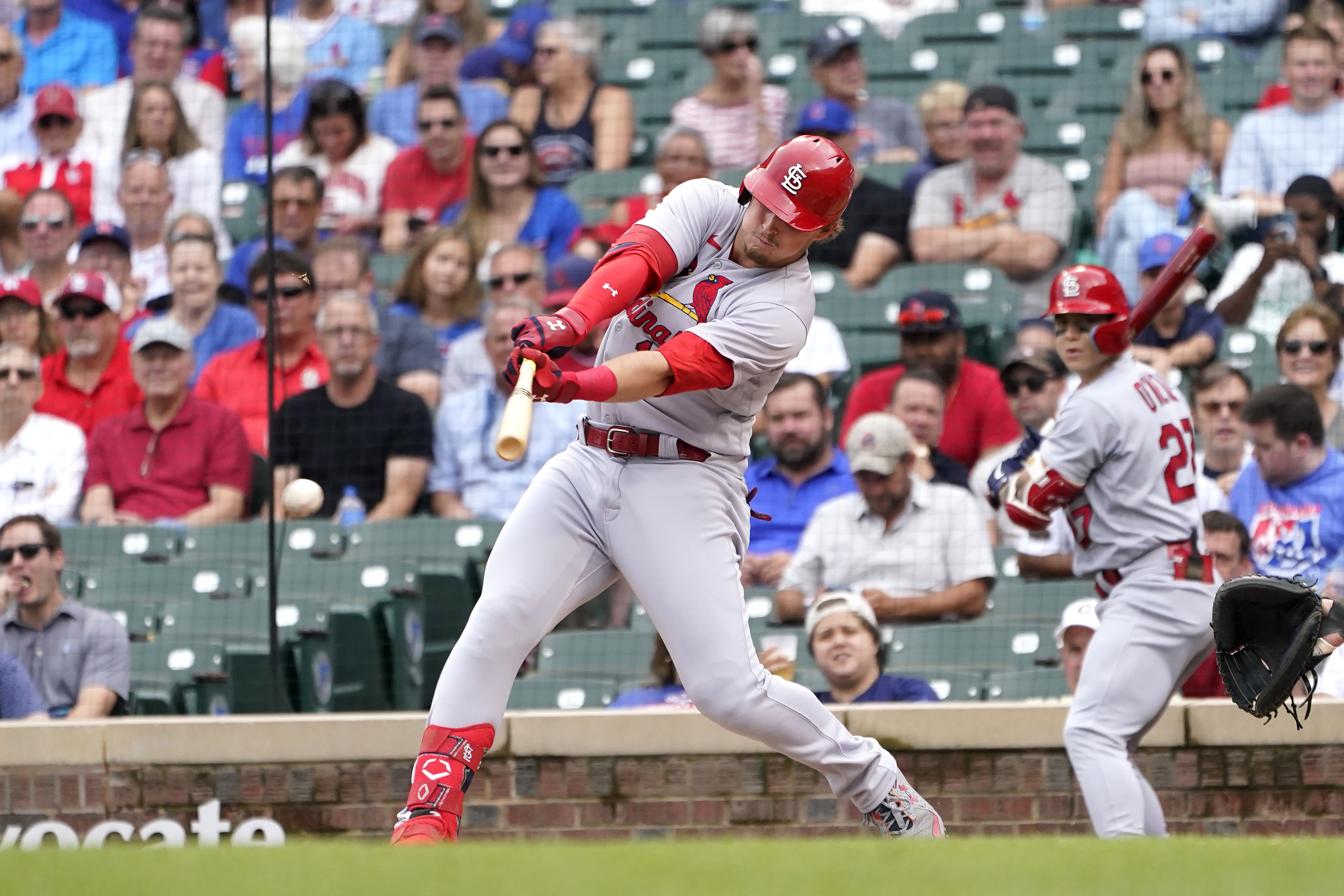 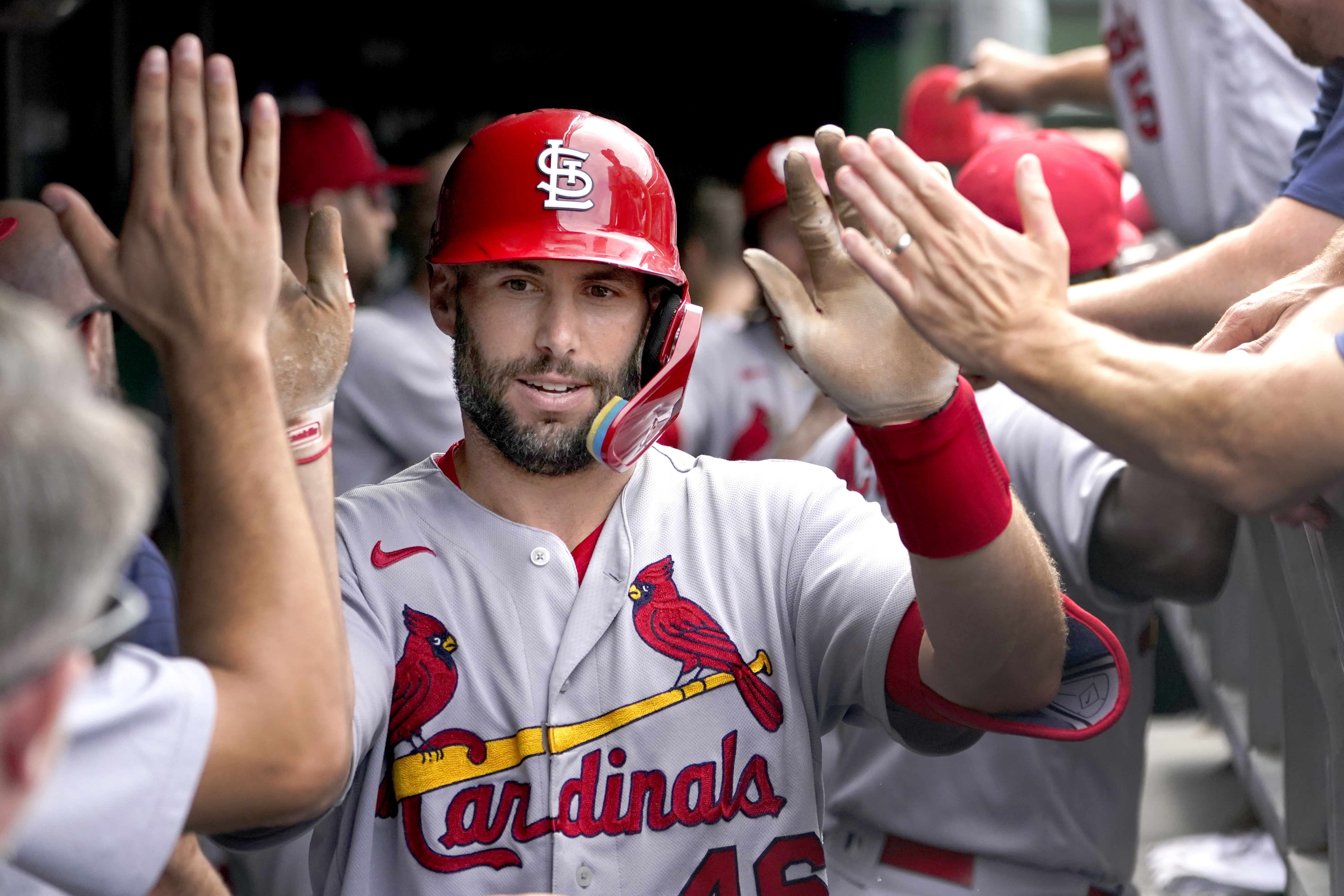 St. Louis Cardinals' Paul Goldschmidt celebrates in the dugout after his two-run homer off Chicago Cubs relief pitcher Kervin Castro during the eighth inning of a baseball game Thursday, Aug. 25, 2022, in Chicago. It was Goldschmidt's second homer of the game. (AP Photo/Charles Rex Arbogast) 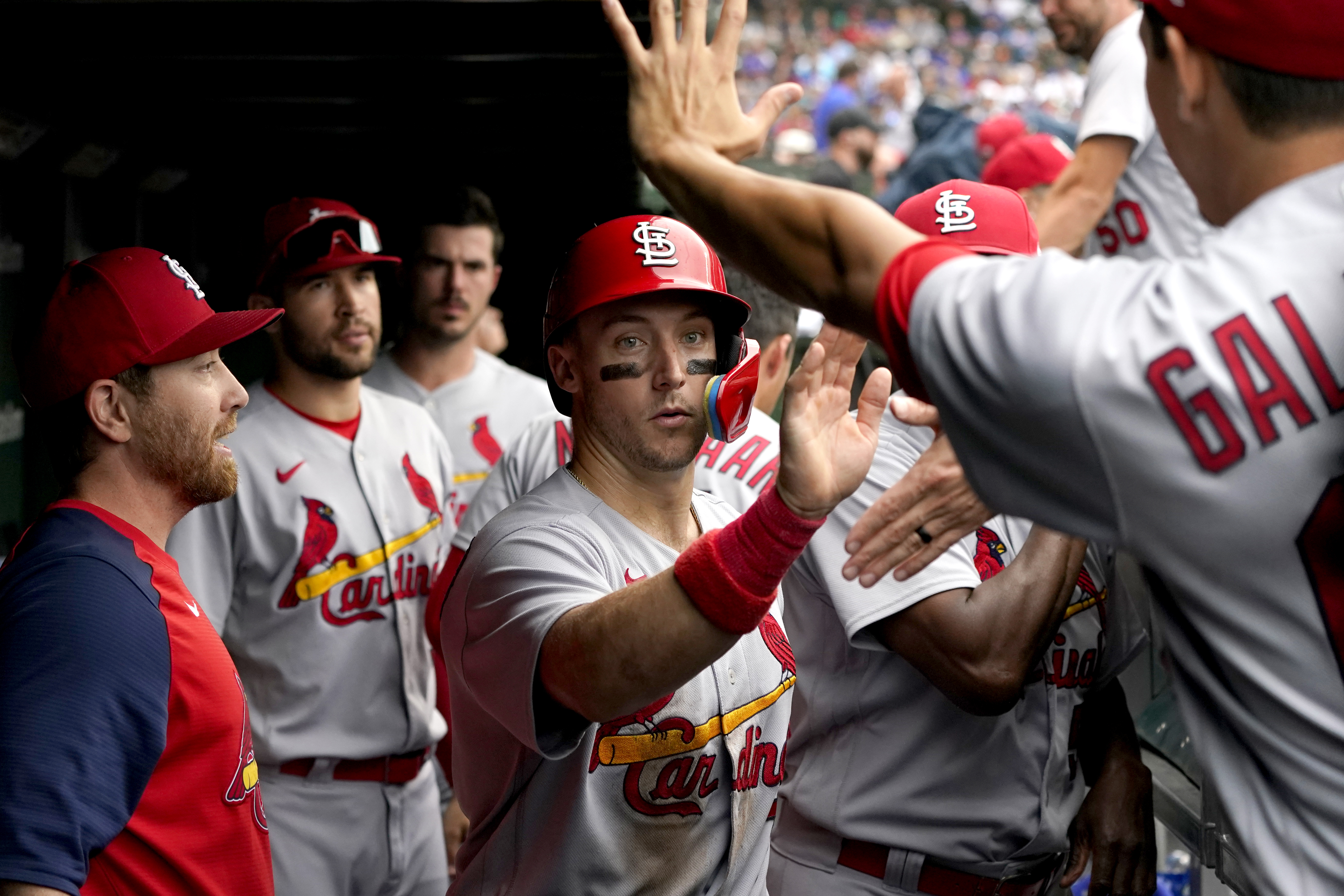 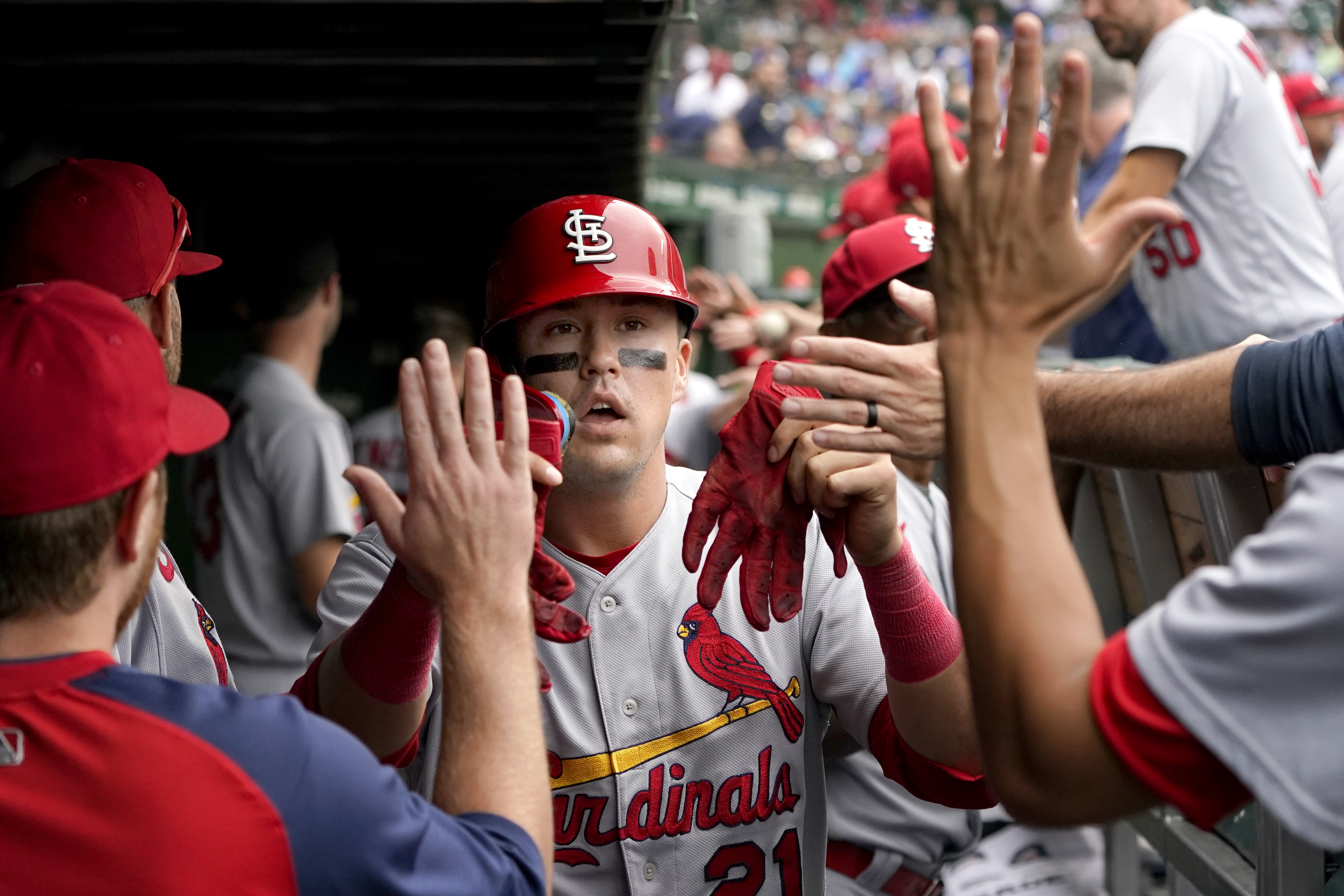 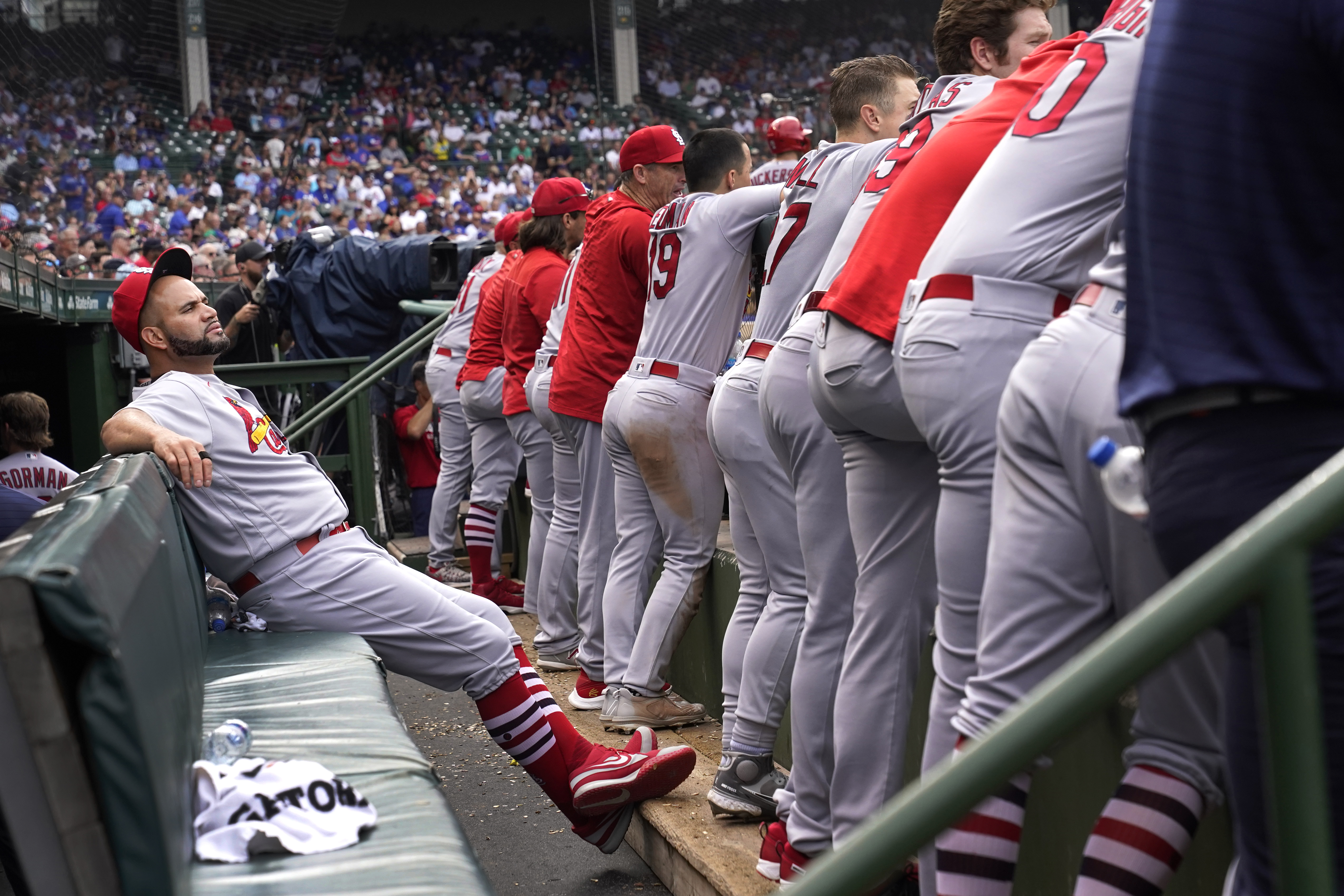 St. Louis Cardinals' Albert Pujols watches from the bench during the eighth inning of a baseball game against the Chicago Cubs Thursday, Aug. 25, 2022, in Chicago. (AP Photo/Charles Rex Arbogast) 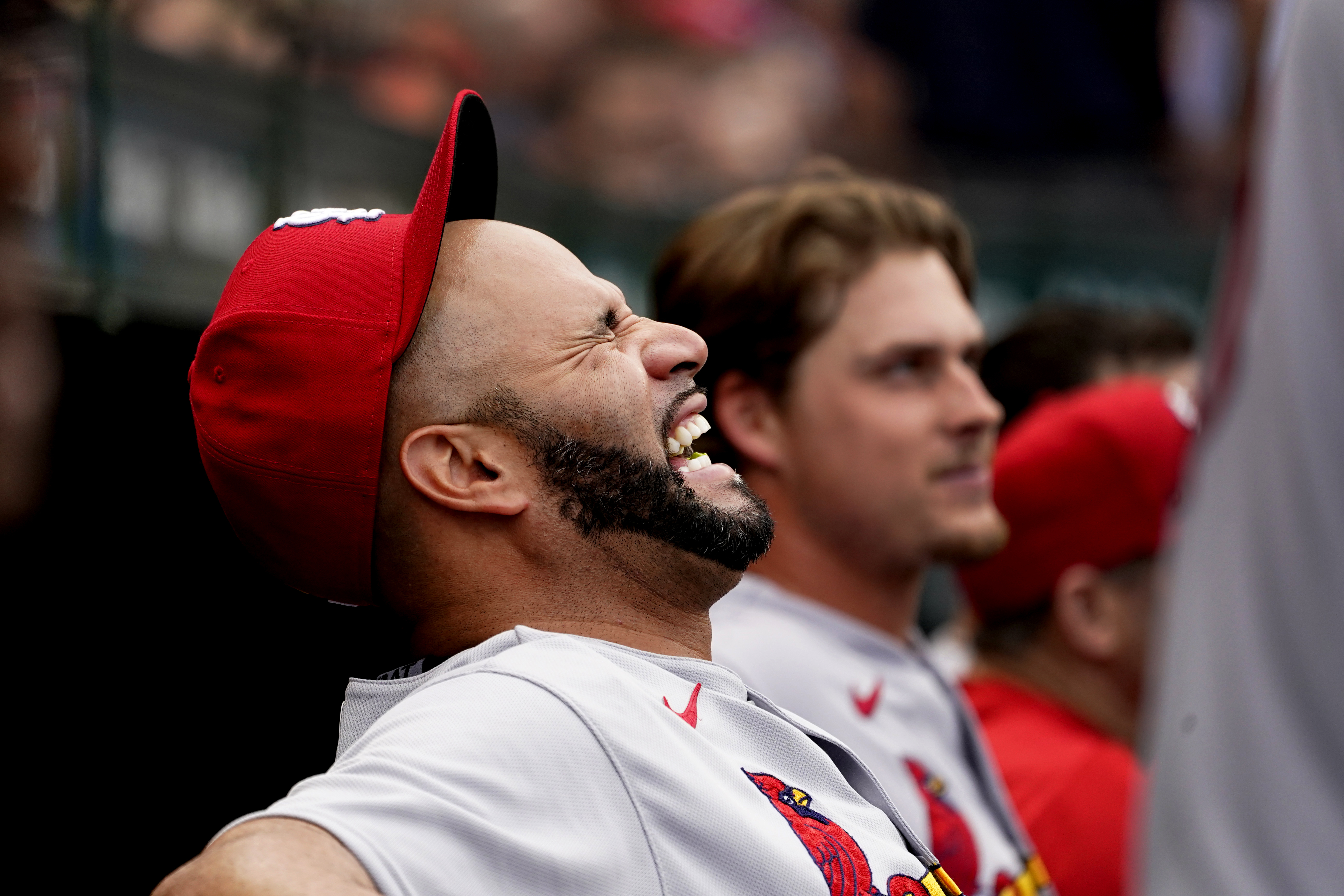 St. Louis Cardinals' Albert Pujols laughs in the dugout during the eighth inning of a baseball game against the Chicago Cubs Thursday, Aug. 25, 2022, in Chicago. (AP Photo/Charles Rex Arbogast) 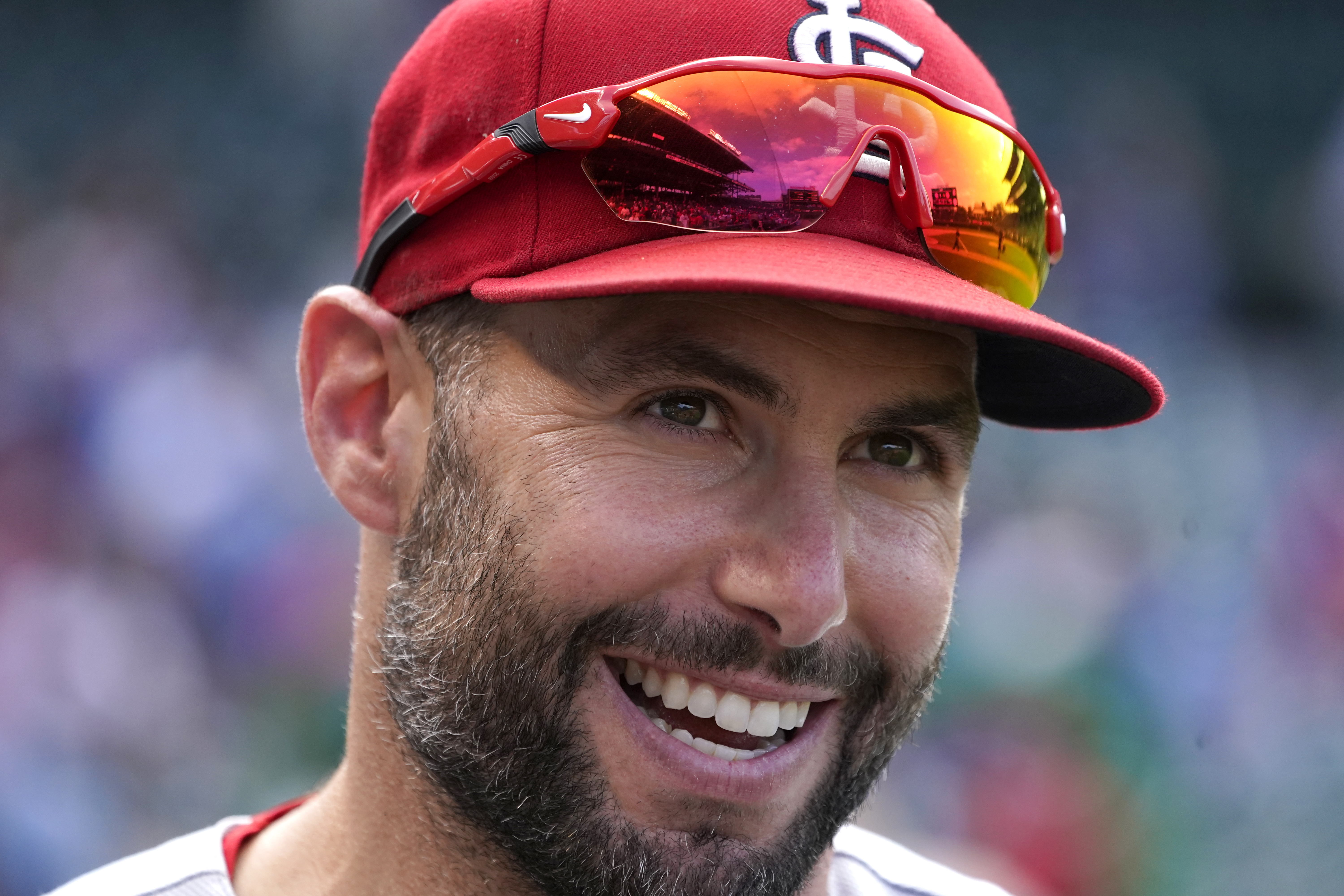 St. Louis Cardinals first baseman Paul Goldschmidt smiles as he give a radio interview after a baseball game against the Chicago Cubs Thursday, Aug. 25, 2022, in Chicago. The Cardinals won 8-3. (AP Photo/Charles Rex Arbogast)