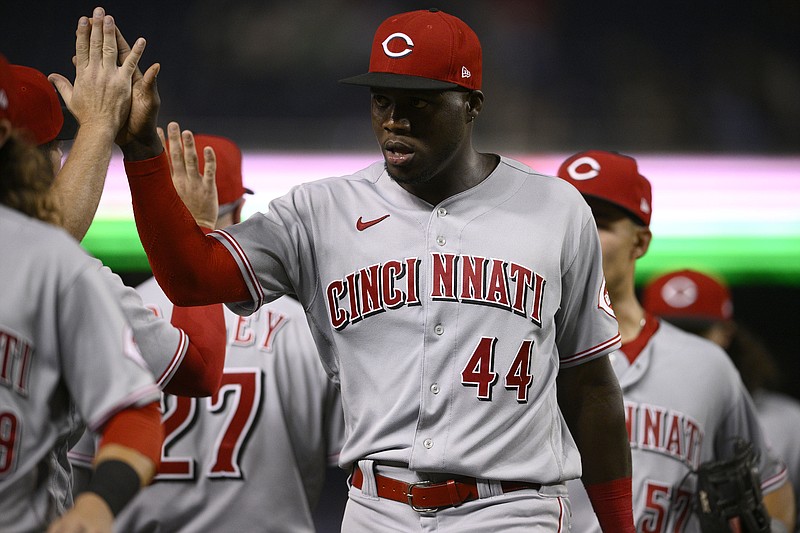 Cincinnati Reds' Aristides Aquino (44) and others celebrate after a baseball game against the Washington Nationals, Friday, Aug. 26, 2022, in Washington. (AP Photo/Nick Wass)

PHILADELPHIA -- Bryce Harper hit a two-run single in his first at-bat after a 52-game absence due to a broken left thumb, helping the streaking Philadelphia Phillies to a 7-4 victory over the Pittsburgh Pirates on Friday night.

Harper grounded out twice and lined out sharply in his three other at-bats in his first action since being hit on the hand by San Diego Padres left-hander Blake Snell on June 25. The reigning NL MVP batted cleanup as the designated hitter and helped the Phillies win their fifth consecutive game.

"I'm just happy to be back, get in there and help this team win," Harper said.

Philadelphia, which went 32-20 without Harper, began play in second place in the NL wild-card race.

"I'm just trying to come in here and not screw it up; they're playing so well," Harper said. "It's been fun to be able to watch and even more fun to go out there and be around them."

Rhys Hoskins singled, doubled and drove in a run for the Phillies.

Bryan Reynolds, Ben Gamel and Rodolfo Castro homered for the Pirates, who have lost six in a row and 12 of 14. Pittsburgh dropped to 47-78.

Harper jogged out for warmups to loud cheers and "Let's Go Harper!" chants 25 minutes before first pitch. The ovation from the announced crowd of 30,546 was deafening when Harper was introduced 20 minutes later. The cheers grew even louder, accompanied by a standing ovation and "M-V-P!" chants, when he stepped to the plate with no outs and the bases loaded in the first.

"I started laughing because it's awesome," Harper said of the reception. "I love those types of moments, I love those opportunities, I love jam-packed crowds and being able to play in front of 40,000 people. That's what it's all about."

BRAVES 11, CARDINALS 4 William Contreras went 4 for 5 with a double and 3 RBI as Atlanta defeated St. Louis.

METS 7, ROCKIES 6 Mark Canha hit two clutch doubles and Pete Alonso singled home the winning run in the bottom of the ninth inning to give New York a victory over Colorado.

YANKEES 3, ATHLETICS 2 Aaron Judge hit a three-run blast in the fifth inning for his 49th home run of the season and Gerrit Cole (10-6) struck out 11 as New York defeated Oakland.

TWINS 9, GIANTS 0 Gilberto Celestino hit a bases-clearing double and Gary Sanchez added two-run home run, all in a six-run third inning, as Minnesota snapped a six-game skid with a victory over San Francisco. 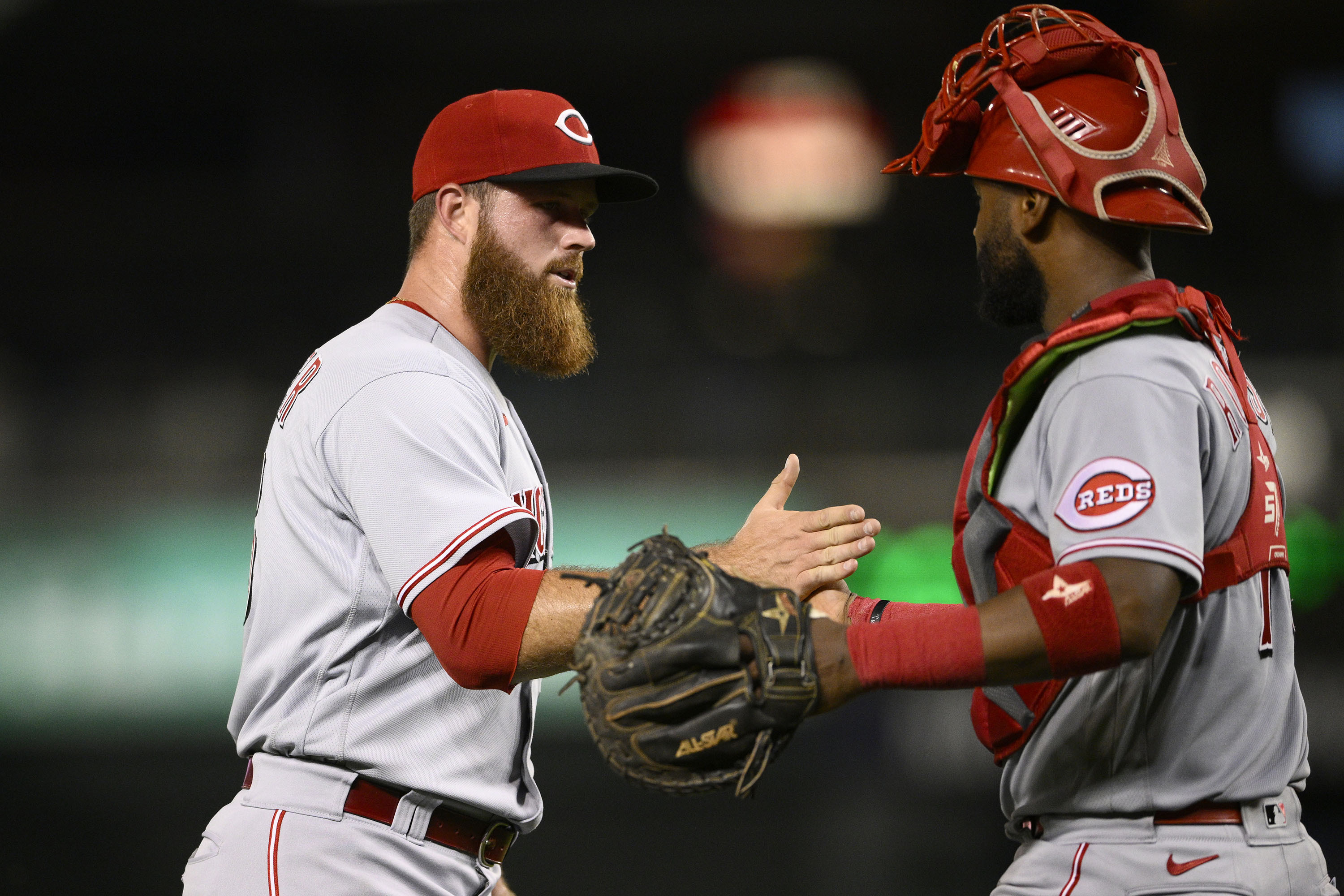 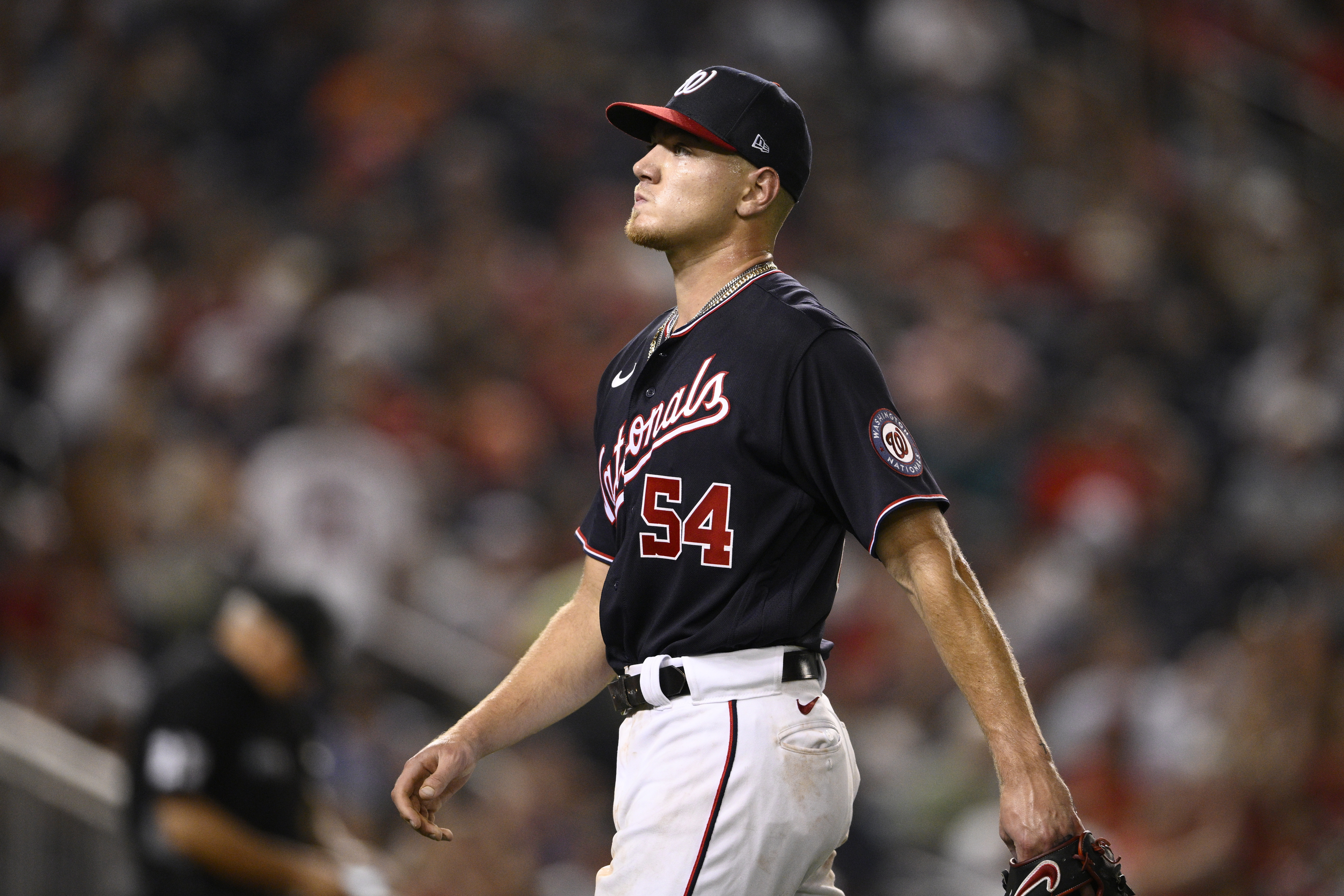 Washington Nationals starting pitcher Cade Cavalli walks back to the dugout after he was pulled during the fifth inning of a baseball game against the Cincinnati Reds, Friday, Aug. 26, 2022, in Washington. (AP Photo/Nick Wass) 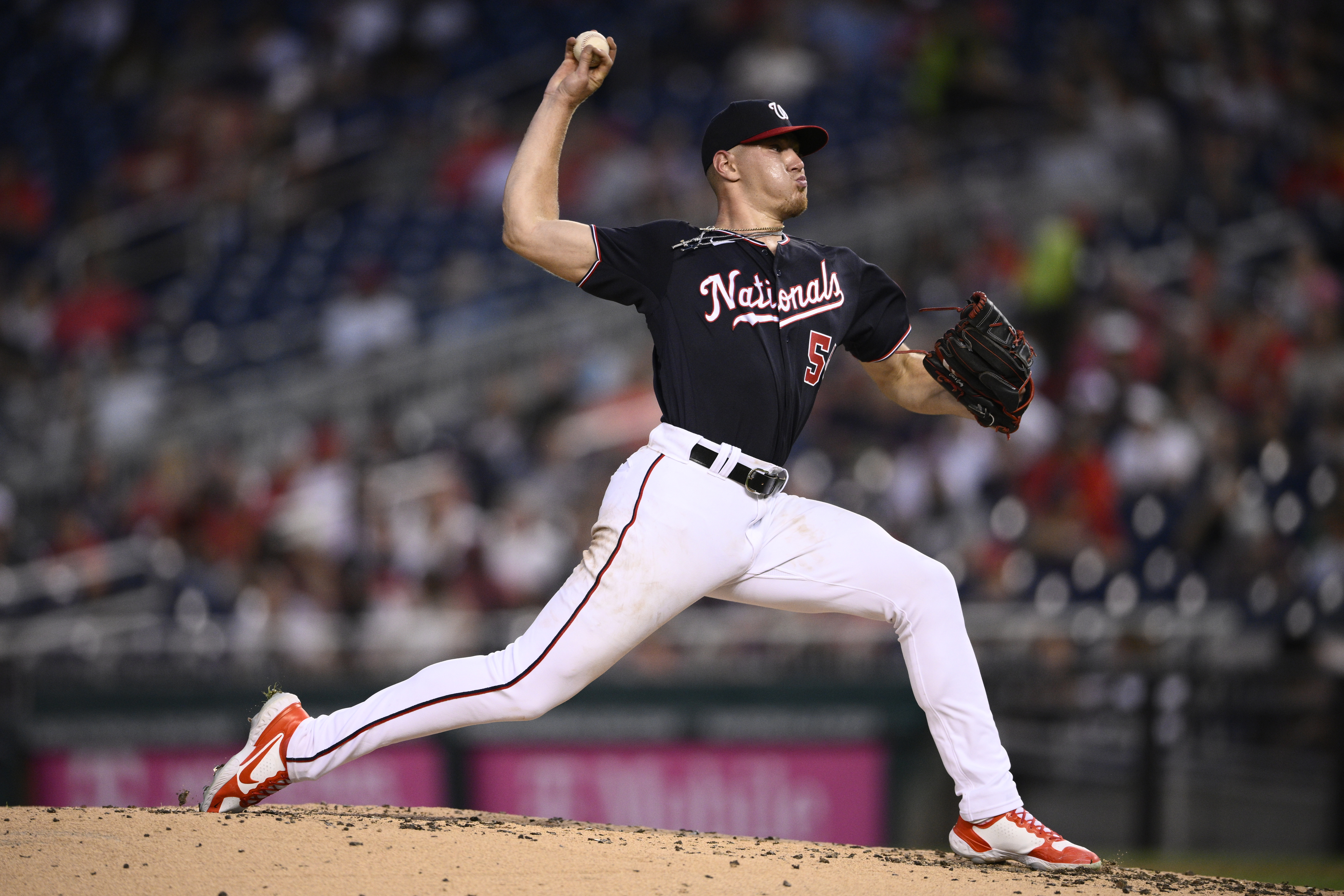