IN THE GARDEN: Tough-skinned blueberries likely due to dehydration — blame the heat, and find creative use 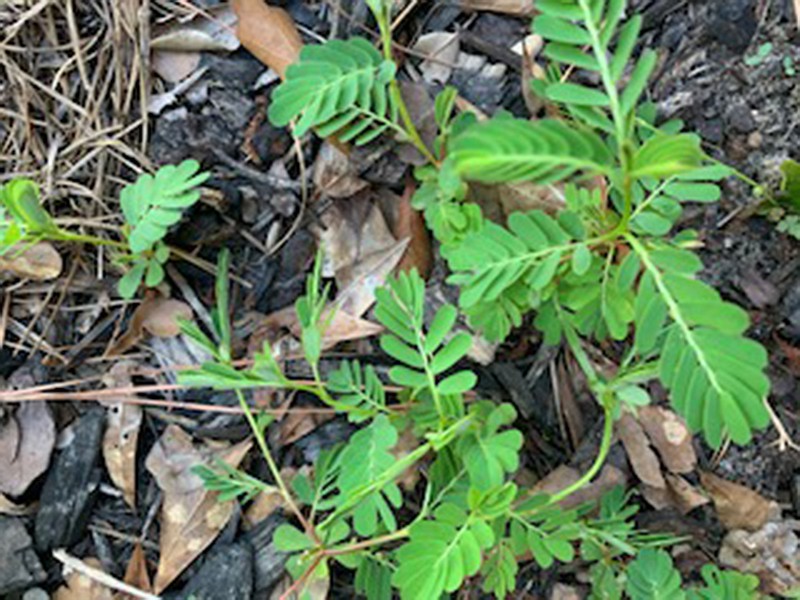 Chambers bitter is an annual weed that comes back year after year thanks to reseeding. (Special to the Democrat-Gazette)

Q: My peppers have not produced as they normally do. I am assuming the heat is most likely responsible for the failure of my pepper plants to produce. I have another question that I suspect is heat related. Year after year, I have bought delicious blueberries from local grocers. This year, the skins on many are so tough that I cannot eat them. Could this be heat related?

A: I think we will all blame everything in the garden on the horrid heat and humidity, coupled with dry conditions in July. August is making up for it, and my vegetable garden looks the best it has all summer. I have more peppers now than before, and even the tomatoes have rebounded and are blooming again. Blueberry fruit can get tough if they start to get dehydrated, which could have happened in the extreme heat. For the tough fruits, try blending them into a puree and freezing it for other uses.

Q: This weed in my photo is taking over our yard and beds. How can we get rid of it? We don't want to kill other plants in beds.

A: This noxious weed is called chambers bitter or chamberbitter. Luckily it is an annual weed, but it freely reseeds and will get worse every year. If you look underneath the leaf on the midrib, you will see either blooms or seeds, which it produces in the thousands, and at a young age. It pulls up easily, especially after a rain, but there are lots of these weeds this year. Hand-weeding, hoeing or spot-spraying with an herbicide can help. They don't start growing until the soil warms up, but once they get started, they really take off.

Gallery: In The Garden — August 27

Q: Would you please identify this weed growing in my zoysia and tell me the appropriate herbicide to kill it? [The reader sent a photo.] Thank you.

A: The weed in question is another annual weed, called common lespedeza. This weed grows very close to the ground and forms a mat of trifoliate leaves that spreads freely all summer. You may notice a few tiny, pinkish flowers forming now that it is getting late in the season. Lespedeza is more common in thin, weak turfgrasses. Some cultural controls that can help will be strengthening the zoysia — fertilize your lawn once or twice a year; and raising the height of the mower blade can help. Applying a pre-emergent herbicide in early spring can help prevent the weed from sprouting. Spraying it with a broadleaf herbicide will work now, just make sure not to spray on extremely hot, dry days.

Q: I need to get our roof replaced (it's leaking a little), but before doing so we need to have two trees trimmed that are over our roof. One is a large oak tree that seems very healthy and is actually growing onto the roof. I'm not too worried about getting that trimmed. The other is a large dogwood tree at the southeast corner of our house. I am worried about that. It's in pretty decent shape (I have been watering it daily since the hot weather hit and the rain stopped), but it has some dead branches. We had it trimmed earlier this year during the early spring before the leaves bloomed out, and it seems to have weathered the trim well. Do you think it would be safe to get it trimmed within the next few weeks or should I wait as long as possible? My wife dearly loves it and would be devastated if it died. Any advice you can provide would be greatly appreciated.

A: Proper pruning of trees should not hurt them, even if done while it is hot. Light pruning of a dogwood should not hurt the tree if done properly — pruning at the branch collar where the limbs are attached to the tree, and making sure to do nice, clean cuts with no jagged edges. Most people plant dogwoods to enjoy the blooms, so the best time to prune is after they finish blooming in the spring. Sometimes events happen that require pruning in the wrong season, and it shouldn't cause problems unless you do severe pruning. Watch the tree next spring. Sometimes dogwoods begin to decline and lose branches intermittently, and have a slow death. Watering is your best defense, coupled by not wounding it at the base with mowing or weeding. Dogwoods are setting flower buds now for next spring.