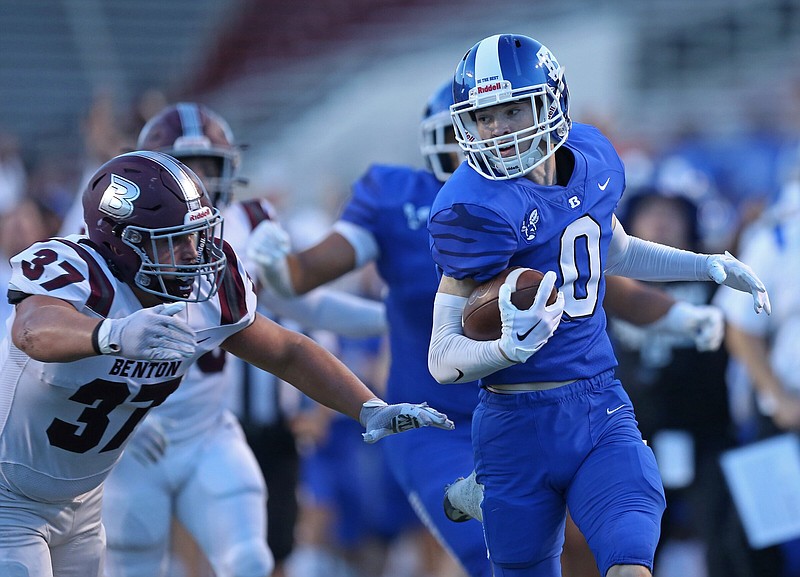 Week 1 of the high school football season is in the books.

What did we learn?

We learned that Bryant is going to be hard to beat yet again. The Salt Bowl victory of 38-17 over Benton really wasn’t as close as the score indicates. Let’s just call them the University of Bryant and watch the Buck James-coached machine roll on.

We learned that Pulaski Academy can likely still win state championships after moving up from Class 5A to Class 6A. PA took on Joe T. Robinson (winners of two of the past three Class 4A titles) and made it look easy in a 55-29 victory.

We learned that Little Rock Parkview is one of the most talented squads to come from the Little Rock School District in a long time. The Patriots beat Springdale Har-Ber 48-26 last Thursday at War Memorial Stadium.

We had Warren ranked first and Stuttgart ranked third in Class 4A going into the season. But Stuttgart escaped with a 31-28 victory over the Lumberjacks. That opened the door for Arkadelphia to move into the No. 1 spot. The Badgers posted a 41-21 road victory against Camden Fairview, a touted Class 5A squad.

Here are the updated rankings: