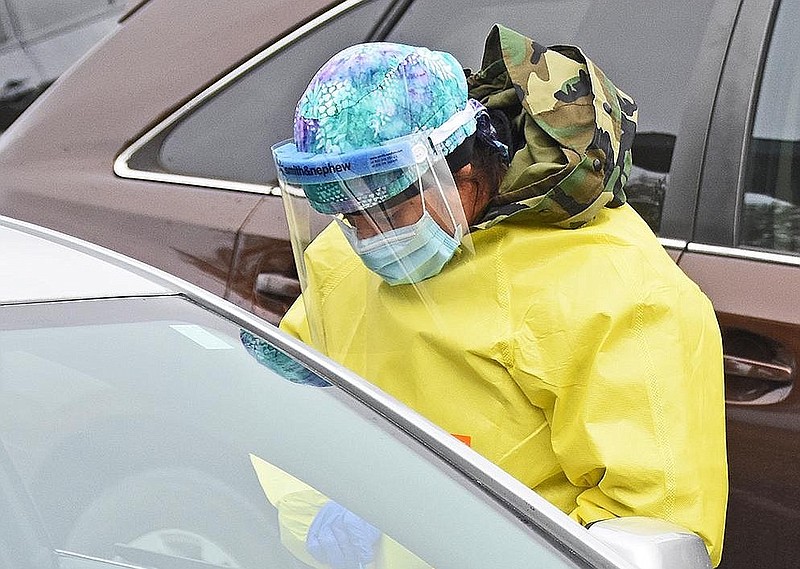 In a break from a recent uptick linked to the start of the 2022-23 school year, Arkansas' count of coronavirus cases rose Wednesday by 1,180, the first daily increase in six days that was smaller than the one a week earlier.

After falling by six a day earlier, the number of people hospitalized in the state with covid-19 remained Wednesday at 318.

The state's death toll from the virus, as tracked by the Department of Health, rose by eight, to 11,918.

The increase in cases on Wednesday was smaller by more than 200 than the one Tuesday and by 51 than the one the previous Wednesday.

The average daily increase in the state's case count over a rolling seven-day period fell to 966, which was still up from an average of 893 a day the previous week.

Growing for the second day in a row, the number of cases in the state that were considered active rose by 287, to 11,519, as new cases outpaced recoveries.

The total as of Wednesday was the largest since Aug. 14.

Declining for the third straight day, the number of the state's virus patients who were in intensive care fell by six, to 45, the smallest number since July 11.

Already at its lowest level since July 11, the number on ventilators fell by one, to 11.