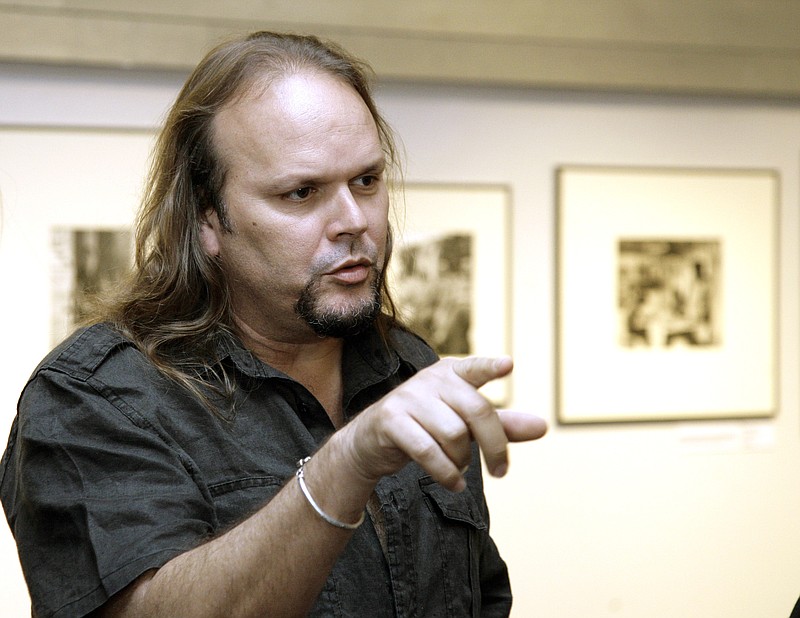 FILE - Camilo Guevara speaks at the opening of a photo exhibition marking "Che" Guevara's 80th birthday at the Westlicht gallery in Vienna, Austria, May 26, 2008. Guevara, one of the sons of Argentine-Cuban revolutionary leader Ernesto "Che" Guevara and director of a study center named after the famous commander, has died at age 60. Official Cuban media reported on Aug. 30, 2022 that he passed away the day before in Caracas, Venezuela "as a result of pulmonary thrombolysis that led to a heart attack." (AP Photo/Hans Punz, File)

HAVANA -- Camilo Guevara March, a son of revolutionary leader Ernesto "Che" Guevara and director of a center dedicated to studying him, has died, Cuban officials said Tuesday. He was 60.

The official news agency Prensa Latina said Guevara March died during a visit to Caracas, Venezuela, of "pulmonary thrombosis which led to a heart attack."

He was the third of four children born to Aleida March and Che Guevara, the Argentine physician who became a legendary figure fighting alongside Fidel Castro during Cuba's revolution, and who later led rebel bands in other nations. He was executed by the Bolivian army in 1967 while working to help spark revolution.

Along with his mother, Guevara March was director of the Center of Che Guevara Studies in Havana, which houses documents and other items related to the rebel leader.

Guevara March had a generally low public profile, though he sometimes appeared at events honoring his father and publicly opposed use of Che Guevara's image in marketing campaigns.

"With deep pain, we say farewell to Camilo, son of Che and promoter of his ideas," President Miguel Diaz-Canel wrote on Twitter.

He is survived by a daughter, Camila, product of his marriage to the late singer Suylen Milanes, daughter of singer Pablo Milanes.