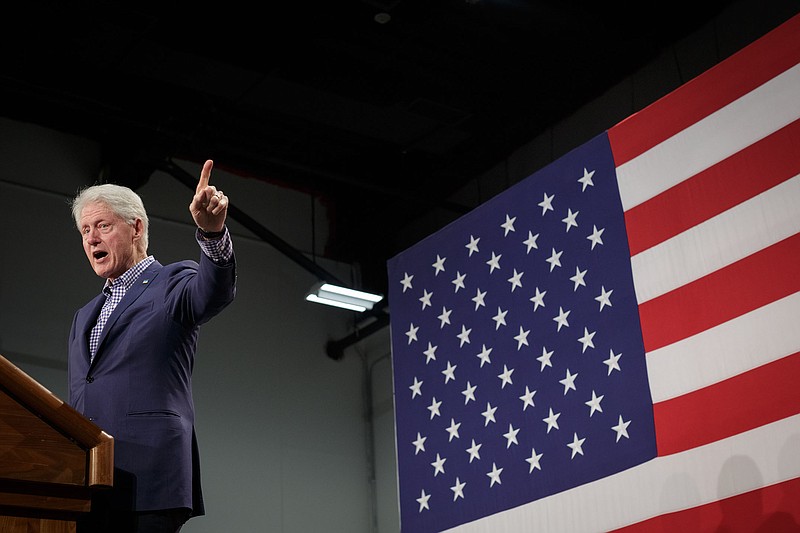 In a tweet, Clinton said he was "doing fine overall and keeping myself busy at home."

The 76-year-old former president said that being vaccinated and boosted against the virus had kept his case mild.

"I urge everyone to do the same, especially as we move into the winter months," Clinton said in the tweet.

Spokesman Angel Urena pointed to the tweet when asked Wednesday afternoon for updates on Clinton's condition and where the former president was recuperating.

Clinton was scheduled to attend a symposium on Latin America at Georgetown University that evening. After testing positive, he planned to address the gathering live via Zoom, according to Urena.

During the symposium, Clinton said he first tested positive for the virus "a few days ago."

"I was still positive today and I thought -- in the spirit of cooperation -- it would be better if I didn't come to my alma mater," he said.

In March, Hillary Clinton announced she had tested positive for covid-19 and experienced mild symptoms. The former secretary of state is 75 years old.