Capitol & Scott: The race to save duck hunting habitat in the Arkansas Delta 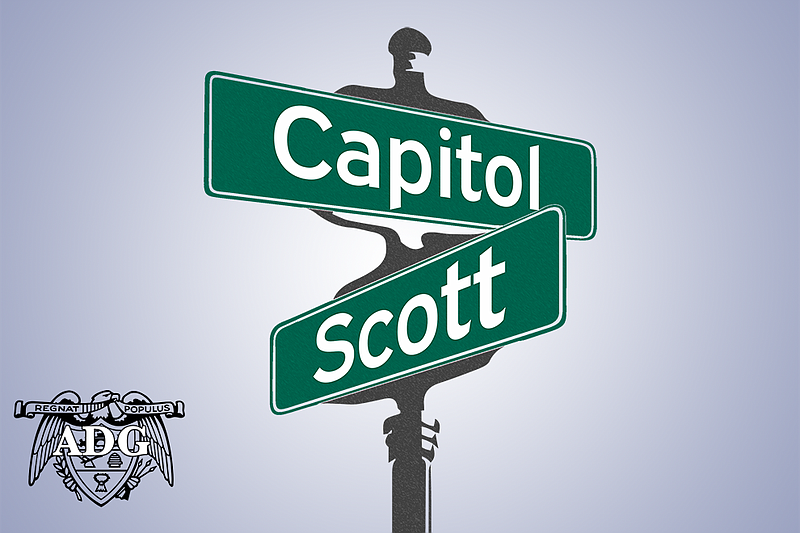 Tens of thousands of people descend upon Stuttgart for the event, which coincided this year with the Nov. 19 start of waterfowl hunting season.

Stuttgart and the Arkansas Delta are famous nationally for renowned waterfowl hunting grounds. Private jets fly into the local airstrip carrying celebrities, politicians and business moguls who stay in expensive hunting lodges around the town. Local businesspeople estimate the industry generates about $1 million in economic benefits per day during the hunting season. But there is concern the seasonal hunting economy could be in jeopardy because the trees that provide the acorns and seeds ducks feed on are dying in droves.

The wetland habitat in the Delta has been been shrinking over the past century. Those flooded bottomland hardwood forests were chopped down to make way for farms. Around the middle of the 20th century, local landowners and conservationists began re-creating the flooded forests, resulting in wooded areas where trees are covered with water almost year-around instead of only a couple of months per year. What was once a boon for duck hunting emerged as problematic as tree species not adapted to year-around flooding have been dying – tree species that produce the food ducks and geese fly hundreds of miles for each winter.

There are efforts to turn back the tide and save the wetlands. Arkansas Game and Fish Commission is mitigating flooding in the Delta’s green tree reservoirs, or GTRs, while working to bring back habitat that’s been declining. There’s hope that it is not too late to reverse the damage.

On this week’s Capitol & Scott, host Lara Farrar travels to Stuttgart to meet with organizers of the Wings Over the Prairie Festival and learn about they’re concerns about wetland preservation. Arkansas Game and Fish Commission’s Luke Naylor, head of the agency’s Wildlife Management Division, also joins the show to talk about efforts to save some of the most valuable waterfowl hunting habitat in the country.