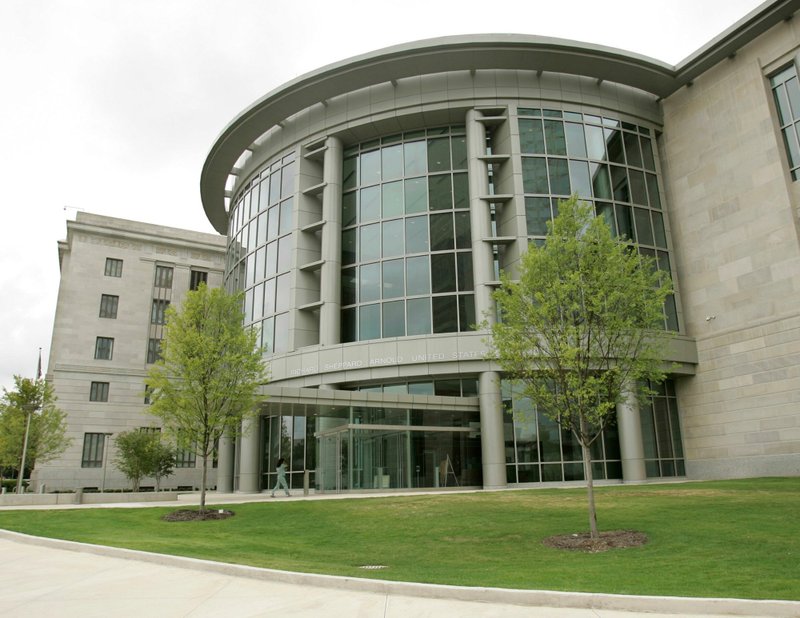 Two former transgender people turned anti-transgender activists testified Wednesday for the state in the federal trial that seeks to determine the constitutionality of Arkansas' first-in-the-nation ban on gender affirmation treatment for minors.

Smaltz, from Oklahoma, testified that she transitioned to a male at the age of 24 and lived that way until she began detransitioning at about the age of 31.

"I pictured myself as male for much of my childhood," Smaltz said, "but ... at the time I had never heard of transgender so I didn't know to say that word."

Growing up, Smaltz said, she was jealous of her mother's relationship with her brothers and said she didn't relate to girls.

"I think it got worse when I went to school," she said. "I discovered I didn't fit in with the girls."

Burleigh, a retired NASA engineer, said that he was bullied during his childhood because he was skinny, had a speech impediment and learning difficulties.

"I didn't learn to read until fifth grade," Burleigh said. "I kept to myself a good bit as a kid."

Burleigh said for years he believed that "God made a mistake and I was supposed to be a girl."

He described how, for years he walled himself off from his feelings by putting his doubts in "an emotional closet," and locking the door but he said a relationship with a woman that began when he was in college and before he began to transition prompted an emotional crisis.

"The door to my emotional closet blew apart," Burleigh said. "I started having a breakdown, a come apart."

The federal bench trial is to decide the constitutionality of Arkansas Act 626 of 2021, the Save Adolescents From Experimentation Act. The law was passed in March 2021 after both the state House and Senate voted by large margins to override a veto by Gov. Asa Hutchinson. It was challenged the next month in a suit filed by the American Civil Liberties Union, and three months later, a week before the law was set to go into effect, U.S. District Judge James M. Moody Jr. issued a temporary injunction blocking it from being enforced while the matter is in court.

A three-judge panel on the Eighth U.S. Circuit Court of Appeals upheld Moody's injunction in August. The court ruled earlier this month that it would not take up the matter for reconsideration by the full Eighth Circuit, denying an appeal motion of Moody's ruling filed by Attorney General Leslie Rutledge's office. The lawsuit, which was filed by the American Civil Liberties Union on behalf of the plaintiffs, contends the law violates the equal protection and due process clauses of the 14th Amendment and free speech protections under the First Amendment.

During the first week of the trial -- which was held the week of Oct. 17 before recessing for five weeks due to scheduling conflicts -- Moody heard from Dylan and Joanna Brandt, Donnie Saxton, Aaron Lacey and Amanda Dennis as well as both physicians, Hutchison and Stambough along with a number of psychiatric and medical experts testifying in opposition to Act 626.

Despite repeated objections from defense attorney Amanda Land, ACLU attorney Arun Bodapati established a timeline of religion-based experiences that led Burleigh, who had already had several transition surgeries, to have one last surgery in order to rebuild his male genitalia. In 2009, Burleigh testified, he began detransitioning but suffered continued symptoms of gender dysphoria coupled with guilt.

"You struggled from 2014 until sometime in 2017, is that correct?" asked Bodapati. "But you testified with additional help you were able to overcome those mental struggles? And it was through Jesus that you completely backtracked to presenting, identifying as male, is that correct?"

"Yes, that is true." Burleigh affirmed.

"You don't believe God was ever OK with your transition, is that correct?" Bodapati asked.

"That is correct," Burleigh responded.

"You don't believe God is ever OK with anybody ever transitioning, is that right?" Bodapati asked.

"That is true," Burleigh said.

Smaltz said her crisis came when she decided that no matter what surgeries or treatments she underwent, she would never be fully male regardless of how she presented or what her legal status might be.

Smaltz said she joined a transgender support group in Tulsa about 15 years ago after she began to transition and said she identified as a man for about nine years, until 2016. She said although she was raised in the church, she never addressed her struggles with gender until she began transitioning at the age of 25.

"At that point I wanted to be male more than anything else in life," she said. "I didn't even want to be trans. I wanted to be a man and to erase Laura."

Smaltz testified that she went through a hysterectomy and an oophorectomy to remove her uterus and ovaries, which she attributed to her desire to transition to male. But, later in her testimony, she admitted that a diagnosis of polycystic ovarian syndrome when she was in high school would have eventually led to the surgeries and that, in fact, her insurance covered the surgeries because of her polycystic ovarian syndrome diagnosis.

On cross examination, both Smaltz and Burleigh said they had testified before the General Assembly in favor of Act 626 during the run-up to its passage as House Bill 1570. After passage by the state House and Senate, Hutchinson vetoed the bill because it lacked a grandfather clause to allow minors currently undergoing hormone therapy to continue. That veto was easily overridden by both chambers the next day but in June 2021, just one week before the bill would have gone into effect, Moody granted the preliminary injunction blocking enforcement of the law.

The trial in Arkansas is being watched nationwide as it is the first lawsuit of its kind challenging restrictions on gender-affirming care for minors.

According to the Kaiser Family Foundation, as of June 2022, four states -- Alabama, Arkansas, Texas, and Arizona -- have recently enacted bans on gender affirmation care for minors and another 15 states are considering 25 similar pieces of legislation. At the same time, other states have adopted broad nondiscrimination health protections based on gender identity and sexual orientation and the Biden Administration has come out against restrictive state policies.

The trial will continue today with Dr. Paul Hruz, a pediatric endocrinologist from St. Louis, scheduled to testify.