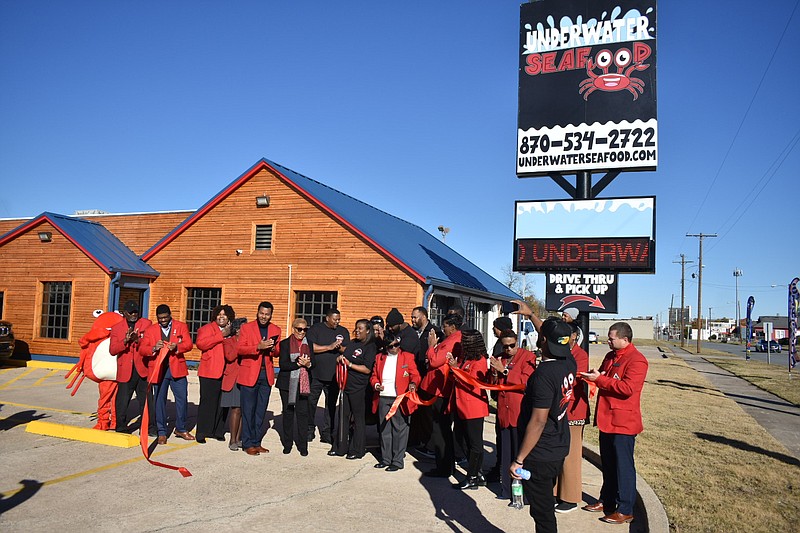 Members of the Pine Bluff Regional Chamber of Commerce Redcoats greet the opening of Underwater Seafood with a ribbon cutting Wednesday morning at the restaurant location on South Main Street.

City leaders, firefighters and businesspersons in Pine Bluff gathered at the former Long John Silver's at 1400 S. Main St. to welcome a more local business to the location -- Underwater Seafood -- with a ribbon cutting.

"It's been a journey trying to get this completed," said Brandon Monk, one of the restaurant's operating owners. "It's been about 6 to 7 months trying to bring this building into operating conditions, so we're excited about that."

Brandon, 29, operates Underwater Seafood along with his sister, Morgan, 25. The two had run their business at Ninth Avenue and Cherry Street for more than a year before deciding it was time to expand to a bigger location.

"My children, they opened on Cherry Street and it kind of got out of hand over there," said Roderick Monk, Brandon's and Morgan's father. "They didn't have enough room, and the customers really supported us. Even though we needed to expand -- they needed somewhere to sit down -- we just came over here on Main Street. We knew they were trying to revitalize the area. We thought it was a good spot, and that's why we came."

Pine Bluff Mayor Shirley Washington made an introductory statement about the family venture in front of the new location, situated against a clear blue sky on a chilly late fall morning.

Roderick Monk, who also has a 32-year-old son, Cameron, surmised the firefighters' arrival at the new location was due in part to his brother's having served in the department. Cameron, who lives in north Texas, brought his young daughters, Zia, 6, and Ayla, 4, to witness the grand opening.

For his part, Roderick Monk received a plaque from Brandon and Morgan showing before-and-after photos of the new Underwater Seafood as well as his portrait. It read: "Thank you for making our dream come true with your hard work and dedication. We appreciate and love you! -- Underwater Seafood"

The patriarch gave credit to Larry Matthews of the Pine Bluff Community and Economic Development Department, who gave the Monks $20,000 for assistance with roof repairs and about $3,500 for new signage. As long as they own the property for at least five years, Matthews said, they won't have to repay it.

Brandon Monk said in September the family will have poured about $400,000 into turning the former Long John Silver's building into a full-service restaurant.

Morgan Monk said she is ready to meet new customers and have them sit down at Underwater Seafood.

"I'm just excited about everything," she said. 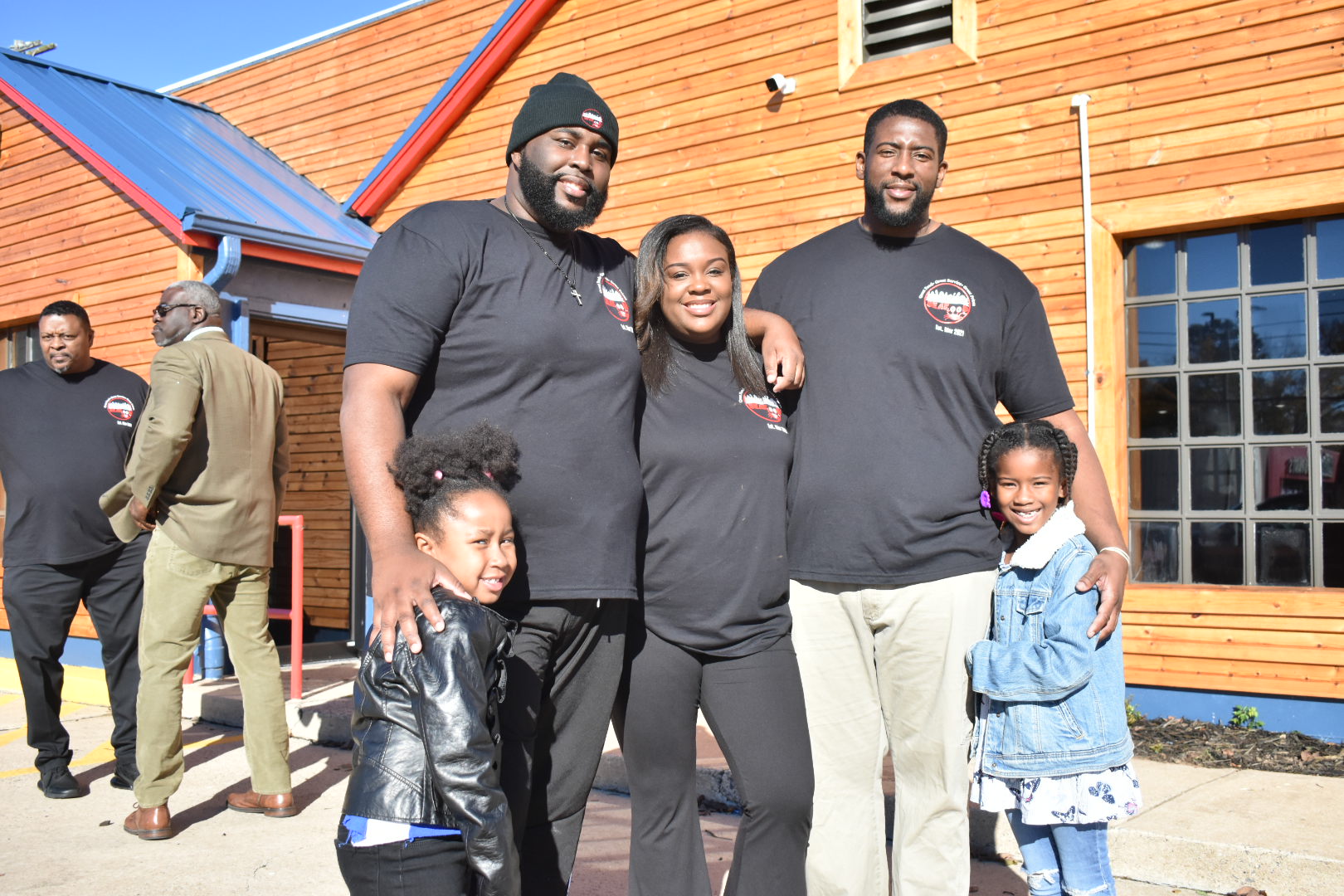