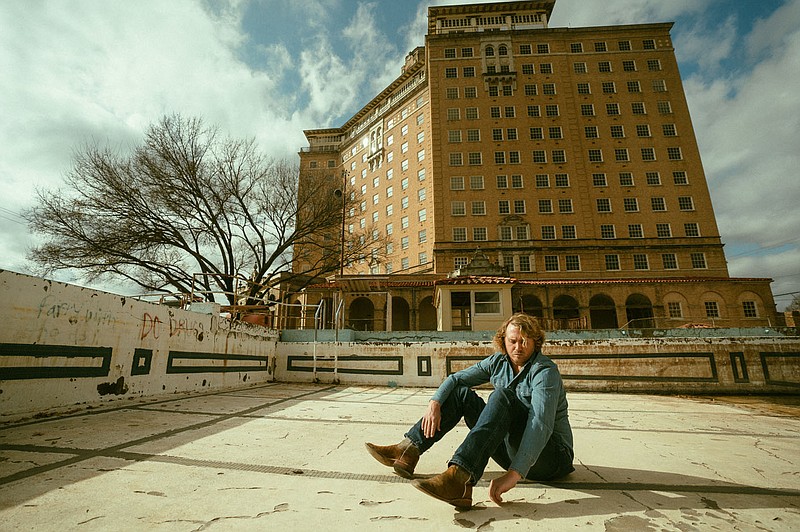 William Clark Green pauses in front of the Baker Hotel in Mineral Wells, Texas. Green wrote a song and filmed a video inside the hotel, which the Arkansas Gazette reports is a close copy of the Arlington Hotel in Hot Springs. Green performs at 8 p.m. Dec. 2 at TempleLive in Fort Smith. Tickets are $15-$29. (Courtesy Photo/Zack Knudsen)

William Clark Green was one of many musicians who went on a path of self discovery during the covid lockdown.

"Before covid, 2019 was our biggest touring year. And I was so buried and dedicated to work," says the 35-year-old country/Americana musician. "I've been doing this since I was 22 years old. I've been on the road full time, so I didn't really know what it was like to not be."

Right now Green is back on the road sharing his original tunes. The native Texan returns to Arkansas for a performance Friday at TempleLive in Fort Smith.

"It's awesome," Green says of the tour so far. "It's been really fun."

Clark started touring and playing shows before finishing college, releasing his album "Rose Queen" in 2012 with two singles, "It's About Time" and "She Likes the Beatles," hitting the charts. He put out "Ringling Road" in 2015. Both of his early albums were about Texas towns, a theme that has continued into his current work.

He says that the time off from touring gave him a chance to focus on his wife and child and to write his sixth album, "Baker Hotel," which was released on March 25.

The title track refers to an actual hotel in Mineral Wells, Texas, that looks remarkably similar to the Arlington Hotel in Hot Springs.

"Everyone in this area knows about the hotel, and how it's haunted," he says of the Baker Hotel. "Everyone has wanted to break in to get to the top." The song is "goofy, fun and lighthearted," he says, adding that "if anything needed a visual that song did." For the video, he says his influences were Norman Rockwell, "The Sand Lot" and Halloween favorite, "Monster Mash." 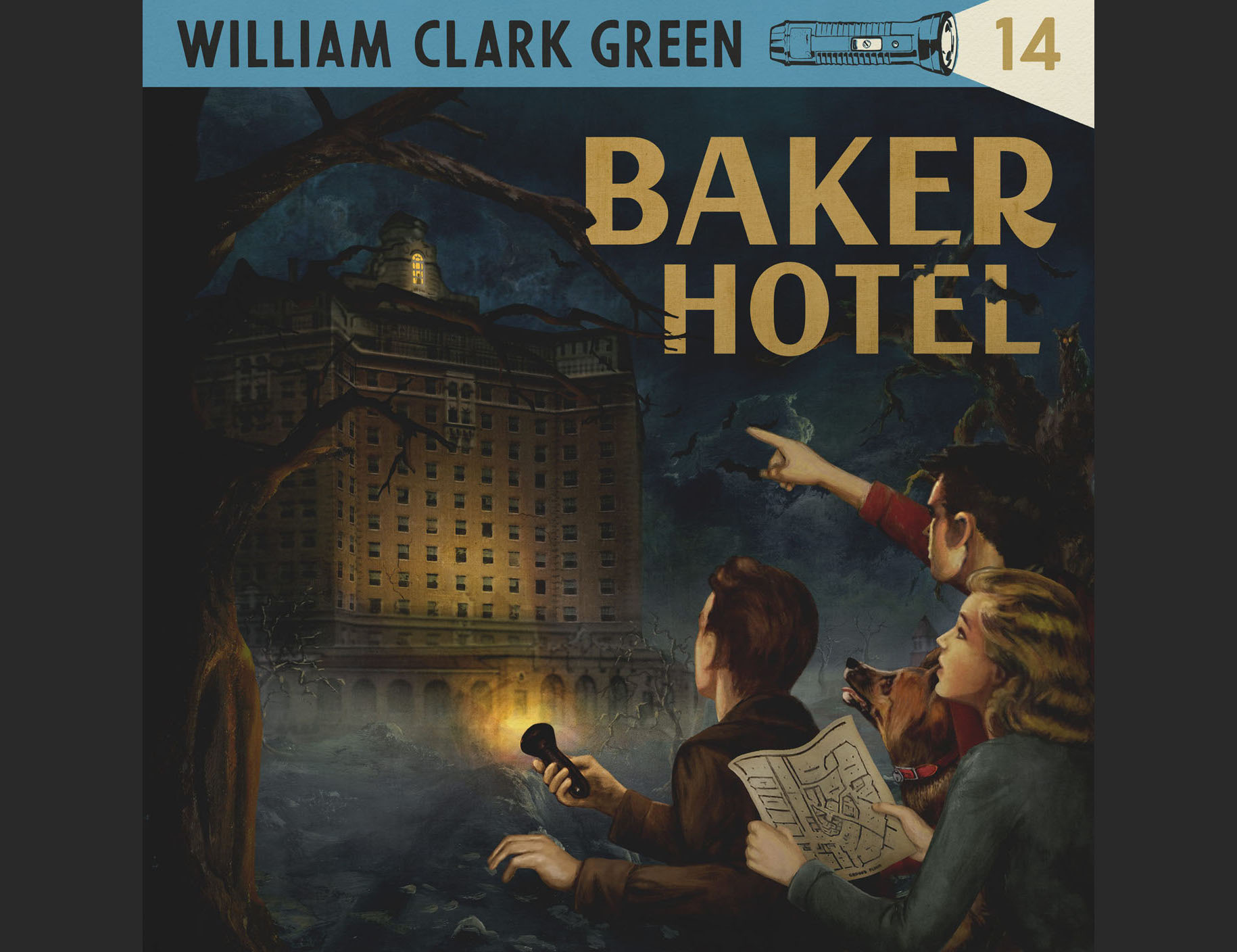 Promotional art for “Baker Hotel” evokes the small-town imagery that Green was going for when writing the song with this Hardy Boys inspired depiction of the allegedly haunted Baker Hotel in Mineral Wells, Texas. (Courtesy Image)  Green makes two appearances in the video that opens with three teen boys trick-or-treating and then toilet-papering a house when a neighbor, played by Green, successfully guesses all but one costume and kicks a back-talking kid off his porch. After toilet papering a house, the boys dare each other to venture into the haunted hotel. The leader of the trio enters and, well, we won't spoil the rest.

"That was the actual hotel, which was really cool that they allowed us to do that," Green adds of the video's setting. The site was undergoing renovations at the time they were filming the video, and it turns out that the contractor/owner was a big fan of Green's who had been to several of his shows.

"It was just kind of a weird twist of fate," says Green. "We actually recorded a live record in there too. That will be released soon."

Videos for two of the album's other songs, "All You Got" and "Best Friends," were also filmed in Mineral Wells and feature the same actors as the Baker Hotel video.

Both songs are a reflection of what Green found to really matter during the covid lockdown — love and friendship.

He wrote "Best Friends" with one of his real life friends, Jake Freeman. He says that he didn't expect the track to make it to the album, but it stood out as a great song. Plus the subject was unusual — friendships between men.

"There's different military-brotherhood type songs but not just your day-in, day-out typical friendships," he says. "What I try the most to do is to write songs that haven't been written, right? Try to do the things that have never been done before. That's where you get 'Ringling Road' and 'Baker Hotel' and songs like that, too. Try to be as as original as possible. It's kind of like my goal in the music business."

Print Headline: On the road again