The nation in brief: Democrats give Clyburn new post 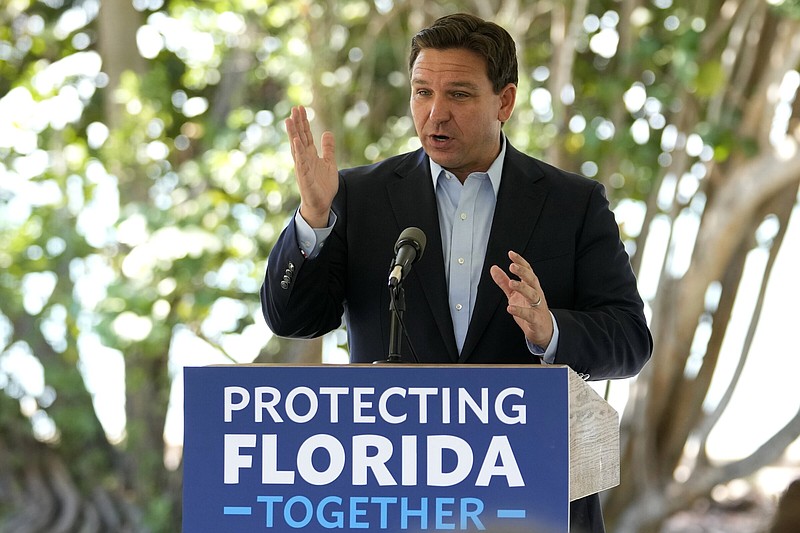 WASHINGTON -- Wrapping up leadership elections, House Democrats on Thursday unanimously chose Rep. James Clyburn of South Carolina for a new role -- assistant leader -- as the party whip relinquishes that job and a younger generation of Democratic leaders takes charge in the new year.

The vote for Clyburn, who is the highest-ranking Black member of Congress and close to President Joe Biden, averted a potentially divisive party struggle after what had been a largely drama-free transition in the aftermath of the midterm elections. Speaker Nancy Pelosi and her team are stepping aside after decades at the helm.

Rep. David Cicilline of Rhode Island, who is openly gay, withdrew his challenge to Clyburn. Cicilline won assurances from the Democratic leaders that LGBTQ voices would be represented at the leadership table.

Clyburn, a civil-rights leader, said he plans to continue his work advocating "for the South, and for communities that have been left out of economic progress of previous generations."

The two days of closed voting among Democrats contrasts with the dragged-out process underway on the Republican side as GOP Leader Kevin McCarthy works to shore up support to become House speaker in January.

WASHINGTON -- A watchdog investigation initiated after the tax returns of two former FBI directors were subjected to intensive audits during the Trump administration has concluded that the reviews from those years were conducted at random.

The Treasury Inspector General for Tax Administration said Thursday that its review had determined that the Internal Revenue Service had selected tax returns at random for its National Research Program audits in 2017 and 2019.

The watchdog said it had "confirmed that the processes and computer programs worked as designed, which reduces the ability to select specific taxpayers for an ... audit."

The program is designed to select tax returns at random for an intrusive audit as a way to measure "compliance for different types of taxes and various sets of taxpayers," according to the report.

The inspector general review was begun after a New York Times report in July that former FBI Director James Comey's 2017 tax return was subjected to an audit under the program, as was the 2019 return of Andrew McCabe, a former FBI acting director. The report released Thursday did not cite either of them by name.

Both officials drew the ire of President Donald Trump over the FBI's investigation into ties between Russia and Trump's 2016 campaign. Trump fired Comey in May 2017, months after the Russia probe had been initiated. McCabe, then his deputy, replaced Comey on an acting basis but was fired the next year by the Justice Department.

WASHINGTON -- U.S. Immigration and Customs Enforcement said personal information of more than 6,000 people in its custody was inadvertently posted to its website for about five hours.

The information included names, nationalities, detention centers where the people were held and unique numbers used to identify them in government records, according to Human Rights First, an advocacy group that discovered the leak this week.

All 6,252 people whose identities were exposed expressed fear of persecution if courts denied their bids to remain in the United States and were returned home, according to Human Rights First.

ICE said an Excel spreadsheet was erroneously posted "while performing routine updates" and the agency deleted the information from its public website 11 minutes after being notified.

"Though unintentional, this release of information is a breach of policy and the agency is investigating the incident and taking all corrective actions necessary," the agency said.

DENVER -- Colorado Secretary of State Jena Griswold ordered a mandatory recount in the 3rd Congressional District race on Wednesday, saying the margin is so slight between Republican U.S. Rep. Lauren Boebert and her Democratic opponent, Adam Frisch, that the ballots need a second tally.

Boebert leads Frisch by 550 votes out of more than 327,000 ballots cast in the Nov. 8 election, and state law mandates that any results that are within a 0.5% margin require a recount. The vote percentages now stand at 50.08% for Boebert and 49.92% for Frisch.

Frisch, a former Aspen city councilman who did far better in the red district than he was expected to, has already conceded the race to Boebert, a first-term congresswoman. But Griswold said she must follow election law.

The recount must be completed by Dec. 13. Because it was triggered automatically, the secretary of state's office foots the bill.