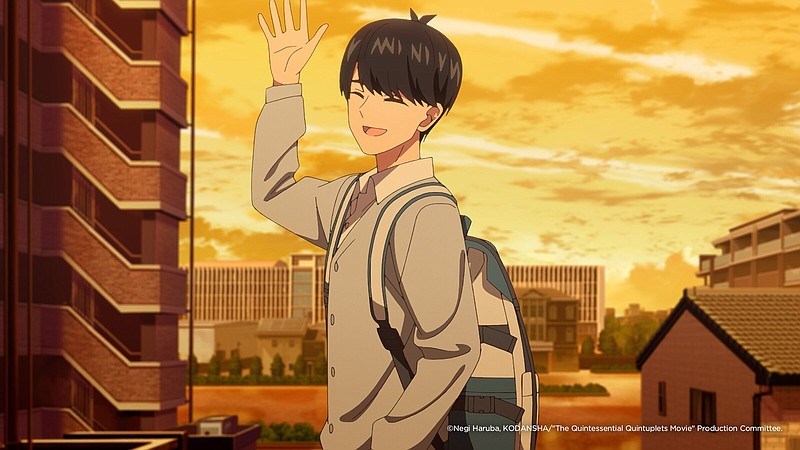 Teenage Tutor Futaro Uesugi (voiced by Josh Grelle) has to choose between the five Nakano Sisters, all of whom are in love with him, in the anime romantic comedy “The Quintessential Quintuplets Movie.”

When it comes to Japanese animation, there's no shortage of romantic comedies. It's just as popular a genre in anime as it is in American movies. And the latest rom-com anime offering comes in the form of "The Quintessential Quintuplets Movie."

This film concludes a television anime series of the same title that ran from 2019-2021, based on a Japanese graphic novel (or manga) by the same name. Anime films can come with some pretty inventive plotlines, from "Akira" to "Spirited Away." And the concept for "The Quintessential Quintuplets Movie" is equally strange but in an entirely different direction.

The story doesn't involve parallel dimensions or hellish monsters seeking to devour human souls. Instead, it follows the adventures of five sisters who are all in love with their high school tutor.

Google says the odds of quintuplets being born is one in sixty million. But no algorithm can calculate the odds of five identical sisters growing up and crushing on the exact same guy. Perhaps that's what draws so many fans to the series. It's hard to argue against the story's creativity.

Fortunately for the audience, each of the sisters has her own unique style and personality. It makes things a little easier to keep track of. There's Ichika, the oldest sister who is caring and thoughtful while aspiring to become an actress. Nino is the second-born, and while playful with her sisters, she's aggressive to outsiders and extremely protective of her siblings.

The third-born sister is Miku, a quiet and passive girl who, like Nino, dreams of becoming a chef. Yotsuba is the fourth sister who dedicates so much of her energy to cheerfully helping others and playing sports. The youngest sister is Itsuki, an aspiring teacher who can be a bit strict with her sisters while loving them all the same.

And, somehow, all of these girls develop affection for their tutor, a studious boy named Futaro. The television series builds up their individual relationships, with "The Quintessential Quintuplets Movie" serving as a conclusion to the story, finally revealing which sister Futaro ends up marrying in the future.

The film opens at the wedding and slowly reveals the rest of the story through flashbacks of the past. Most of the scenes take place in or around their high school festival just before the summer break.

While fans of the show have been waiting for the story's conclusion for a few years now, "The Quintessential Quintuplets Movie" is also surprisingly accessible to those who haven't watched a single episode of the show. Once viewers understand the basic, yet wildly unlikely, premise, they're set. Watch the sisters grow into themselves, find their passions and confidence, and share a number of heartwarming scenes with one another.

Futaro is fine. He's respectful and straightforward with all the sisters, revealing he's grown close to each and cares about them deeply. "The Quintessential Quintuplets Movie" does an entertaining job of giving him unique moments with each sister, showing how they all interact during the school festival. There are laughs, kisses, and ultimately a final decision.

Despite having five sisters to follow, each one is given a complete character arc with personal challenges to overcome, whether it's dealing with pain from the loss of their mother to planning for their educational futures, and dreams.

Bibury Animation Studios handled the movie's art, and it's bouncy and colorful. But what really stand out in "The Quintessential Quintuplets Movie" are the eyes of each main character. They're all given these beautiful and unique eyes that help define them and set apart their designs.

Where "The Quintessential Quintuplets Movie" runs into a little trouble is its runtime. The film clocks in at two hours and sixteen minutes. And there are parts, especially toward the conclusion, where the story starts to drag. It's difficult for a rom-com to justify any runtime over 90 minutes, let alone exceeding two hours. "The Quintessential Quintuplets Movie" would have benefited from a little bit of trimming.

Runtime issues aside, the anime film is cute, heartfelt and funny at times. Combine that with its surprising accessibility to those who didn't watch the television series, and there's plenty to enjoy. 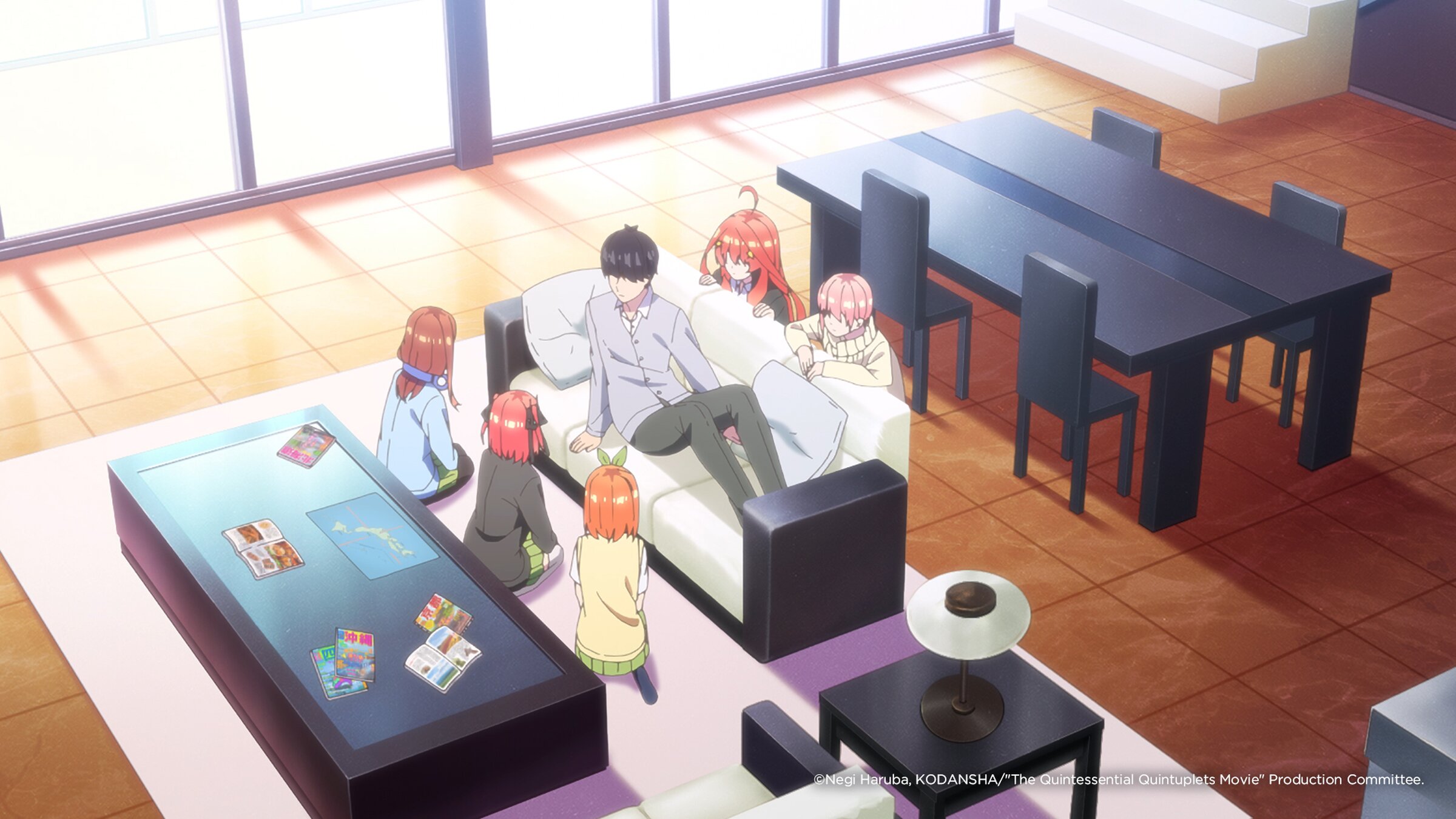 “Five to one, baby; one in five, no one here gets out alive”: The Nakano Sisters demand to know which one of them their tutor truly loves in “The Quintessential Quintuplets Movie.”