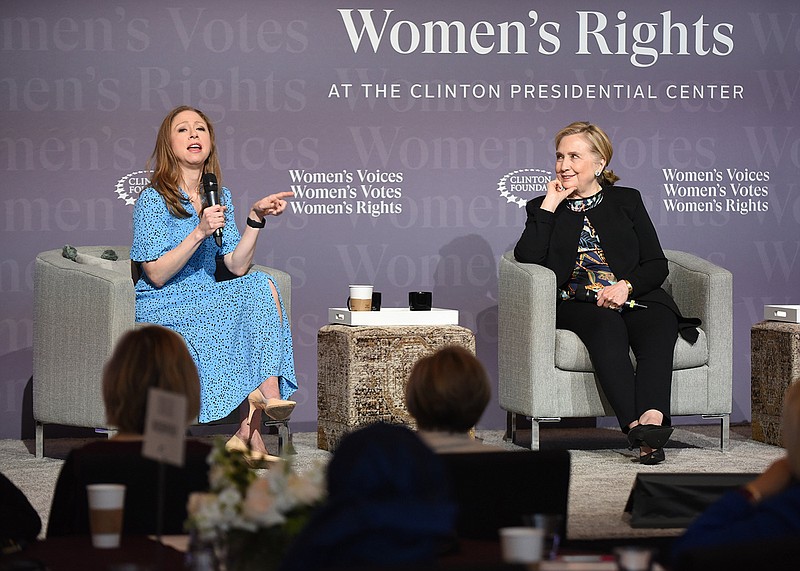 Former U.S. Secretary of State Hillary Rodham Clinton said Friday in Little Rock that the Supreme Court decision in June overturning the right to abortion was a "very concerted attack on women's autonomy" and is "tied up with the attack on democracy."

She made the remarks at the Women's Voices Summit at the Clinton Presidential Center.

Clinton's daughter, Chelsea, vice chair of the Clinton Foundation, and other global leaders also attended the summit covering maternal health and reproductive rights, the power of young women voters, the rights of Iranian women and girls, and women's voices in the economy.

The summit was presented in conjunction with "Women's Voices, Women's Votes, Women's Rights," a multimedia exhibit exploring the risks individuals took over the past two centuries to win the right to vote, expand democracy and elevate human rights.

The exhibit features 18 works of art by 16 artists that are tributes to women who risked their lives to defend and expand human rights.

Responding to a question from Victoria DeFrancesco Soto, dean of the Clinton School of Public Service at the University of Arkansas, Hillary Clinton noted the impact of the Supreme Court's decision in the abortion case, Dobbs v. Jackson, on the midterm election.

"The Dobbs decision broke through in a way that very little else in recent times has, and so what that means is, for the first time a lot of young people who historically don't register, don't vote ... They are now showing up, and I just hope that continues because there's so much at stake," Hillary Clinton said.

The former U.S. senator thanked Jenny Klein, director of the White House Gender Policy Council, for taking action against governments that are using violence against women as a control mechanism.

"This struggle is between autocracy and democracy, from our country to places that we can't even believe we're being compared to," Hillary Clinton said.

DeFrancesco Soto asked about the lack of women in public office and what can be done about it.

Chelsea Clinton said many women have told her that they admire leaders such as her mother, Vice President Kamala Harris and U.S. Rep. Alexandria Ocasio-Cortez but could never do what they do.

She said the way women are talked about and treated in corridors of power, online and in person and makes it seem "inconceivable."

"And yet, we do have unprecedented numbers of women who are running for office, not only for Congress... but also for state legislatures, for city councils, for county commissioners," Chelsea Clinton said.

"We had an unprecedented number of women running for sheriff this past election ... I think we need to do a better job of opening the aperture and showing the spectrum of women who are in public office, who are running for public office and the many ways women are and will be and should be able to make a difference."

"Please stay involved in supporting candidates, running yourself if you are so inclined, encouraging and urging everybody to register to vote and actually turn out and vote," she said. "I mean, every time I say that people think 'That's so obvious, what else can we do?' Well, let's start there, and make sure that we show up."

On a session addressing maternal health, speakers noted the United States has the highest maternal mortality rate among high-resource countries. The rate has been consistently increasing since 2000 and is disproportionately experienced by Black women, panelists said.

Data from the Centers for Disease Control and Prevention identify Arkansas as having the highest maternal mortality rate across all states reporting data, with 40.4 maternal deaths per 100,000 live births between 2018 and 2020.

Christy Turlington Burns, founder and president of Every Mother Counts, a nonprofit that seeks to make pregnancy and childbirth safer, and Dr. Nirvana Manning, chair of the department of obstetrics and gynecology at the University of Arkansas for Medical Sciences, answered questions from Chelsea Clinton after a preview of Every Mother Counts' film "Giving Birth in America: Arkansas."

Manning mentioned how she evaluates each maternal death as a member of the state Maternal Mortality Review Committee.

"As we look through each of those cases and really break down, you'll see statistics like 92% are preventable," she said. "Those are astounding statistics."

She said efforts need to be focused on giving women proper contraception and supporting pregnant women through the entire pregnancy and after.

"Whether that be addressing the hypertension, diabetes -- all of that and then addressing them postpartum and not letting them flounder without coverage, such that prior to them getting pregnant again, they can make better health choices," she said. "They can get their diabetes under better control, get their hypertension under better control -- all of those things which will then lead to the next pregnancy not becoming one of the statistics."

She added that it starts with educating providers and community health care workers to better support women in the "pre-, during and post-pregnancy."

"I'm very energized, and I want people to stay energized about what we can and should be doing together here at home and around the world and, to Ellen's words, 'to pursue an agenda for the promotion of women and the protection of girls,' and I'm excited by what we can end up doing together," Hillary Clinton said. 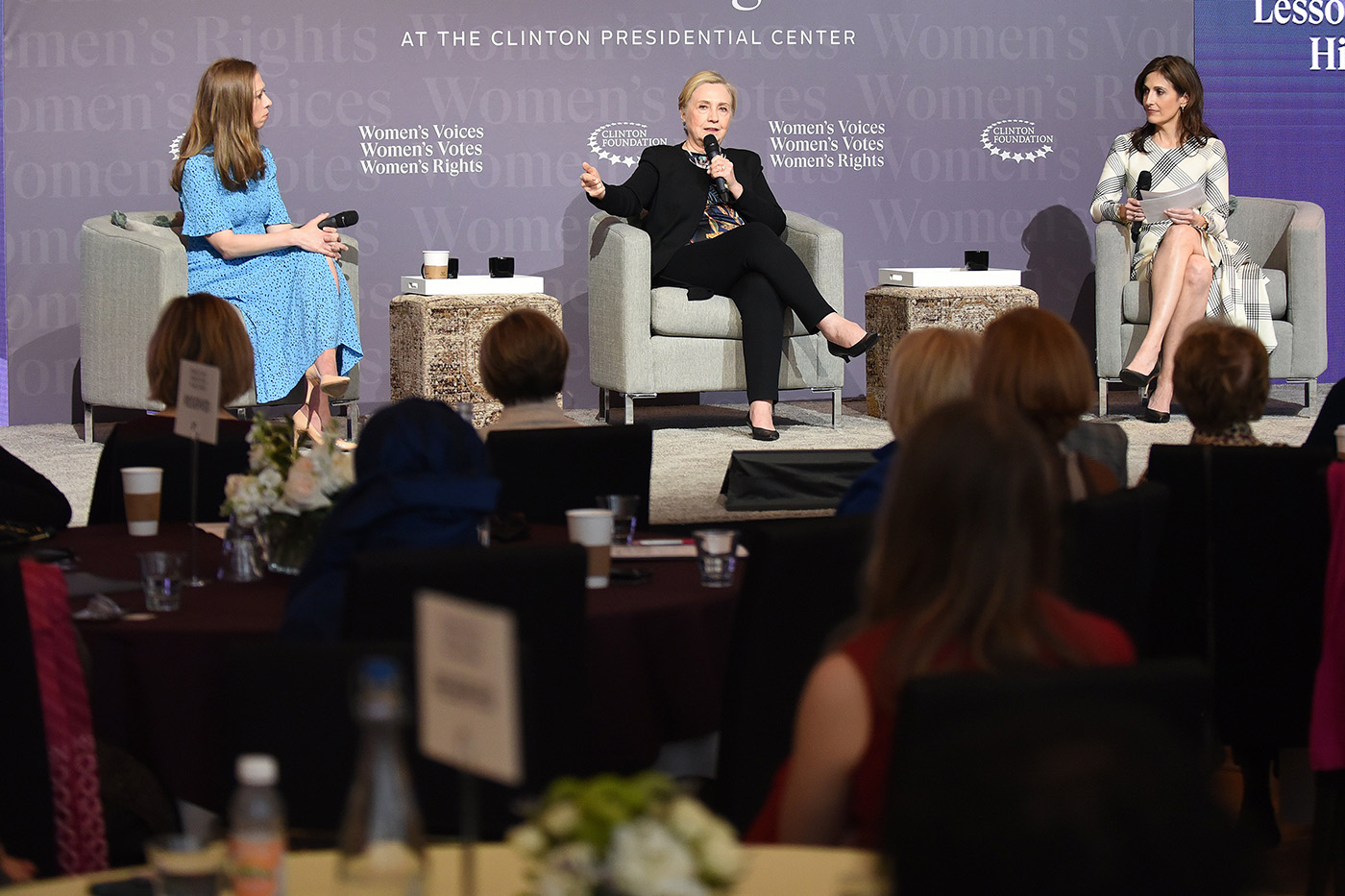