IT TAKES A LIFETIME: Ageless scientist proud of students, her career 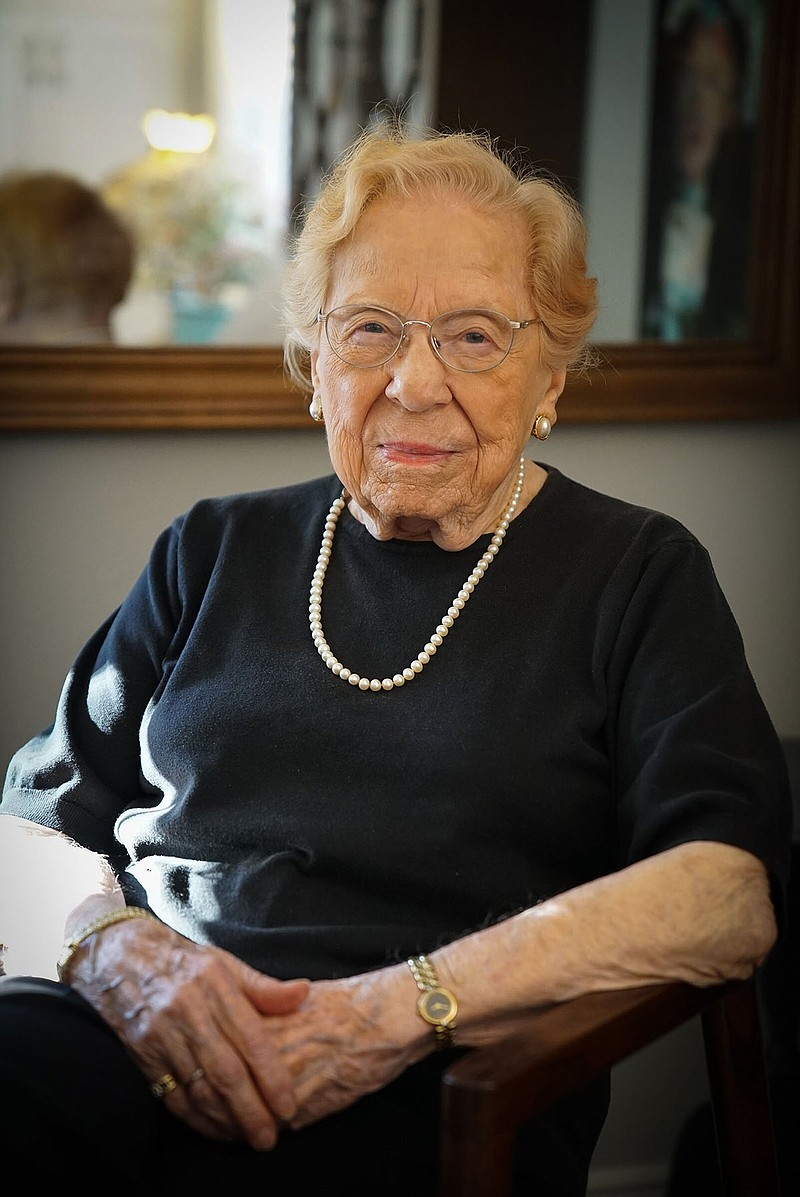 Helen McElree fell in love with science when she was just a little girl, asking for chemistry sets and microscopes for each gift-giving occasion.

"I went to the University of the Ozarks for my undergraduate work and I learned to love Arkansas," says McElree, who grew up in Waxahachie, Texas, a small town about 20 miles south of Dallas. "When I retired, my best friend was also from Arkansas and so we came back to Arkansas together."

In 2015, McElree, a lifetime member of the University of the Ozarks board of trustees, gave that institution $2 million to support faculty enrichment.

McElree's father was a businessman and her mother taught school before having children and again after McElree and her brother were grown.

"I wanted to be a doctor," she says. "After I got my undergraduate degree, the summer that I had graduated, I was given permission to watch surgery and see what it was really like to be a doctor. I did that for a whole summer, and that's what changed -- when I saw the surgery and what goes on in the hospital and so forth, I decided that wasn't really what I wanted to do."

She got a job instead at the public health laboratory in Dallas working with infectious disease. That spurred her decision to pursue a graduate degree in the area of immunology and infectious diseases at the University of Oklahoma in Norman.

McElree completed her Ph.D. in immunology and infectious diseases at the University of Kansas in Lawrence, Kansas, with a doctoral dissertation on tularemia, which some worried might be used in germ warfare.

Reprints of her later research on pox viruses, which she completed with graduate students whom she taught at Emporia State, have been requested by people all over the nation as well as several foreign countries.

"For the research we harvested cells called macrophages, an important phagocytic cell of the immune system, from both normal and immunized rabbits and maintained them in vitro, infected them with a pox virus, and observed the outcome," says McElree of a National Institutes of Health-funded project. "We were able to visually follow the fate of the virus with an electron microscope ... found the virus to multiply in the normal cells but be destroyed in the immune cells. Further work proved that the immune macrophages inhibited viral multiplication by inhibiting the synthesis of the viral DNA. This work was published in a professional journal and 'went viral.'"

McElree doesn't discuss her age, except to say that she is over 70.

"I refuse to give my age because it's your biological age that's important, rather than your chronological age," says McElree, who guest lectures on the biology of aging at the University of Arkansas. "Everybody expects your chronological age to be the one that you cite and I just don't believe in that. There is a prejudice that puts people in a particular category and regarded in a particular way past a certain age."

After arriving at Emporia in 1961 as a professor of biology, she expanded the biology department as well as its course offerings and served two terms as president of the faculty senate while also working on microbiology research that was featured in several journals and competing for several research grants.

In 1982, she became the first woman named a Roe R. Cross Distinguished Professor at Emporia State University, the highest honor bestowed on faculty who best demonstrate teaching excellence, foster intellectual atmosphere and serve the university outside the classroom.

McElree's accomplishments were recognized by three Kansas governors. The year she retired, she was appointed by Kansas Gov. Joan Finney to a study group named "Creating Tomorrow Quality of Life Task Force," aimed at assessing the state's quality of life, with a focus on the environment and the arts. She also penned several pieces on women's rights, advocating for equal opportunities and equal pay. For that, in 1997, she garnered the annual Ruth Schillinger Award, bestowed by Emporia's Ethnic and Gender Studies Program.

In recent years, McElree has lobbied on behalf of residents at Butterfield Trail Village, the retirement community where she lives.

"I thought it was unacceptable, for major issues and policies affecting the lives of vibrant and well-educated residents, which is true of Butterfield Trail Village residents, to be solely prescribed and mandated by a non-resident board," says McElree, who also sits on the organization's legislative committee.

Since the beginning of the covid-19 pandemic she has helped guide Butterfield Trail Village's Health Care Committee, sharing her lifetime of experience in immunology and infectious disease studies.

"We always have sort of a low number of what we call breakthrough infections," she says. "But we have not had a single death from covid in our independent living and as far as I know, no cases of long term covid, which is wonderful."