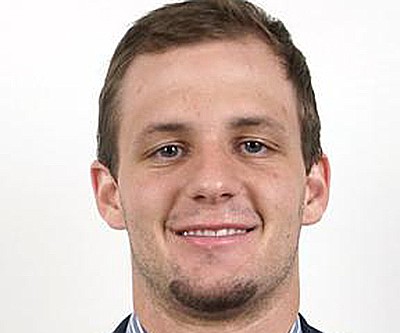 Brown poured in a career-high 39 points during the team's 92-67 victory over Ouachita Baptist at the Lions Thanksgiving Classic.

The former Waldron standout made 13-of-19 field goal attempts, including 6-of-11 from the 3-point line. He also connected on 7-of-8 free throw attempts.

It was brown's second 30–point game of the season. He also had a team-high 16 points during the Lions' 70-65 win over Harding.

Brown leads the Lone Star Conference in scoring with 21.8 points per game.

The sharp-shooting Brown scored 19 of his game-high 24 points in the final half Thursday during the Lions' 83-77 loss to West Texas A&M.

The former Waldron great, who averaged 31.5 points per game in high school, is averaging 19 points per game for the UAFS Lions (2-2). Brown led the team in scoring in the shortened 2020-2021 campaign.

He transferred to New Mexico Junior College last season but missed the entire season due to an injury. Back at UAFS, Brown has averaged 15 points per game during the Lions' previous two games, both wins.

Tevin Brewer was 4-for-6 from the field and a perfect 4-for-4 from the free throw line during Duquesne's 72-61 win over the UC Santa Barbara Banana Slugs on Nov. 29. Brewer, who has started four of the six games he's appeared in, is now averaging 7.3 points per game for the Dukes (6-1).

The Dukes open Atlantic 10 conference play on Dec. 28 against Dayton.

Brewer, who had three assists and a rebound in the win over the Banana Slugs, is averaging 21.3 minutes per game. He is a graduate of Fort Smith Northside.

Cejay Mann had one of those nights for the University of Science & Arts of Oklahoma Drovers' men's basketball team Thursday.

Despite going 0-for-8 from the field, Mann had a career-high eight assists and gobbled up a team-high seven rebounds in the Drovers' 83-68 win over Southwestern Assemblies of God University.

The former Alma guard, who had scored 17 and 13 points, respectively, in the team's previous two games, finished with two points in Thursday's victory.

The 6-foot Mann, who transferred to USAO from Arkansas Tech, is averaging 11.7 points per game.

Tiya Douglas and the Austin Peay State Governors dropped a 62-58 decision to Gardner-Webb on Thursday, the team's second loss in as many games.

Douglas, the former Fort Smith Northside standout, had two points and finished 0-for-3 from the field. She dished out two assists and pulled down a rebound in the team's loss.

Austin Peay (3-4) has lost three games this season by nine points or loss. The Governors travel to Durham, N.C., next week to play Duke.

Douglas had a season-high 14 points during a Nov. 17 loss to Vanderbilt.

McGhee added four rebounds, two assists and a block for the Lady Pioneers. The former Alma standout is averaging 6.7 points per game through six games.

McGhee, who has started all six games, is a redshirt sophomore and is averaging 4.7 rebounds per game.

The former Fort Smith Northside standout, who transferred to Connors from Eastern Oklahoma State, had a season-high 17 points in the Cowboys win over Independence Community College on Nov. 8. The 6-8 forward was an all-conference selection at Fayetteville and Northside.

During his senior season, he was named the Most Valuable Player of the Arkansas state tournament.

While at Eastern, Releford had a career-high 17 points during a win over Northern Oklahoma College-Tonkawa.

Hannah Boyette (Muldrow) had seven points, three rebounds and two assists in the University of Arkansas at Fort Smith's Lone Star Conference opener with West Texas A&M on Thursday. Boyette started 26 games during the 2019-20 season before being sidelined with an injury in 2021-22. ... Abby Summitt (Greenwood) had three rebounds during a recent UAFS win over Ouachita Baptist. ... Alicia McCloria (Muldrow) had seven points and Megan Gray (Greenwood) two in Hendrix's 64-57 loss to Dallas University on Nov. 27. Gray had one point and two rebounds in the Lady Warriors' 70-43 loss to Texas Lutheran on Nov. 29. ... University of the Ozark's Dillon Cheater (Sallisaw) scored five points and grabbed four rebounds in the team's 81-78 win over Sul Ross State on Thursday. The Eagles went into Saturday's game with Howard Payne boasting a 6-3 overall record. ... University of the Ozark's Makya Perryman (Roland) scored four points and grabbed six rebounds in the Lady Eagles' 96-60 loss to Sul Ross State in the team's American Southwest Conference opener. 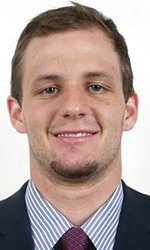 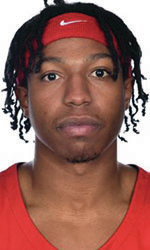 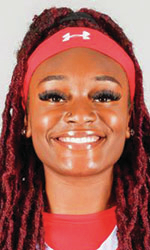 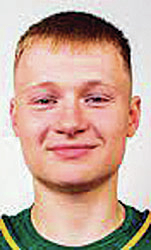 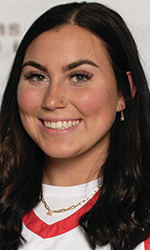 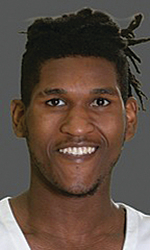