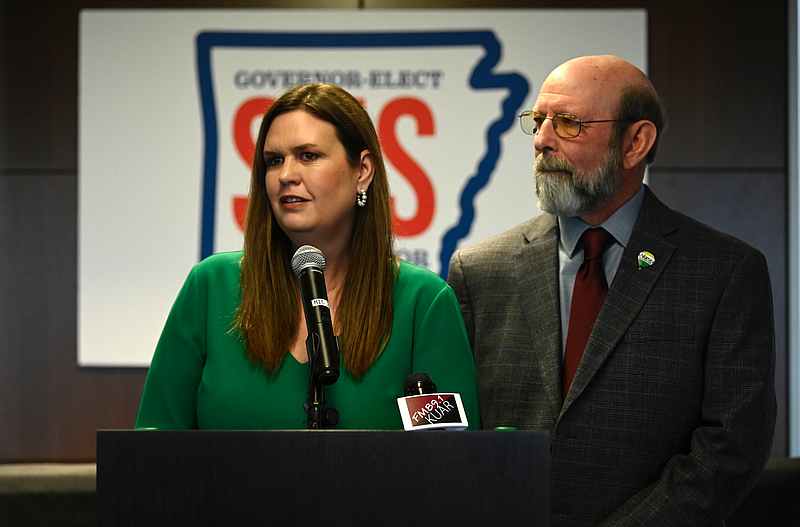 Governor Elect Sarah Huckabee Sanders stands with Mike Mills as she announces her intention to nominate him as secretary of the department of Parks, Heritage, and Tourism during a press conference in Little Rock on Tuesday, Dec. 6, 2022. (Arkansas Democrat-Gazette/Stephen Swofford)

The founder of the Buffalo Outdoor Center has been nominated to serve as secretary of the Department of Parks, Heritage and Tourism under Governor-elect Sarah Huckabee Sanders.

Sanders announced the nomination of Mike Mills during a news conference Tuesday morning.

“There is nobody who spends more time living, loving and enjoying the outdoors,” she said.

Sanders also said her decision is based on maximizing the “outdoor economy” in Arkansas.

This was the governor-elect's third nomination this week as she announced during another news conference on Monday the nomination of Mike Hagar as secretary of public safety and director of state police, and that she plans to have A.J. Gary remain director of the Arkansas Department of Emergency Management.

Sanders has also nominated Suzanne Grobmyer, executive director of the Arkansas Parks and Recreation Foundation, as chief of staff for the Department of Parks, Heritage and Tourism.

Nominations must be confirmed by the state Senate.