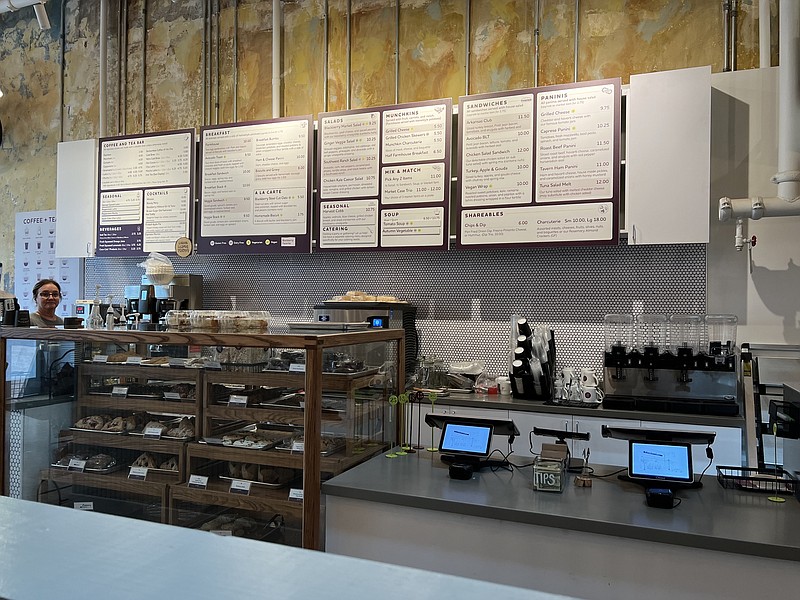 Restaurateur Ben Brainard confirms he has signed a lease on the former Soul Fish space at 306 Main St., Little Rock, and plans to open a second location of his Big Bad Breakfast franchise. (The first is at 101 S. Bowman Road at West Markham Street in west Little Rock.) His target to open is at or around April 15, depending on things like the availability of kitchen equipment, but that it's already a restaurant space "in relatively good order" means he won't have to go through nearly the construction hassles he encountered putting his first restaurant into a former bank.

"The bones are absolutely there," he says, including a walk-in refrigerator left behind by the Soul Fish folks. The hours will likely be the same as the place in west Little Rock — 7 a.m.-2:30 p.m. daily — and Brainard says he has little concern about competing for parking with the other restaurants on that block — Bruno's Little Italy, Samantha's, A.W. Lin, Alsopp & Chapple, Brewski's and Tamalcalli — because he won't be open for dinner, and most of his weekday customers should be coming from the downtown workforce, who, presumably, will walk to his door.

Blackberry Market opened Friday in the south half of the building at 315 Main St. — officially 315A — in North Little Rock's Argenta District. (The north half of the building is Argenta Community Theater's ACT II educational space.) The combination cafe and high-end market serves breakfast, baked goods, sandwiches and paninis, salads soups and coffee and tea concoctions; a notice on the menu board informs patrons expecting to consume mimosas, bloody Marys, blackberry hibiscus gin & tonics and Brown Sugar Old Fashioneds, "Liquor license pending." You will recall that co-owners Peter Loibner and his wife, Whitney, are industry veterans (Peter Loibner has 17 years at Starbucks under his belt) and that his sister operates two similar cafes in Illinois. Hours are 7 a.m.-7 p.m. daily plus "Evenings for Local Events." (501) 263-8828; argenta.blackberry.cafe; facebook.com/blackberryar.

Last week we reported we did not yet know what would replace Count Porkula at The Rail Yard, 1212 E. Sixth St., Little Rock. Now we know that it will still house a barbecue venue: Smoked Out Eats. According to its website, smokedouteats.com: "3rd Generation BBQ Guy with rubs and sauces over 100 years old. ... We refuse to compromise on quality in our restaurant. That's why we source our fresh ingredients from local farmers markets." The menu will consist of brisket, pork and smoked bologna sandwiches and plates, ribs, brisket- and pork-loaded potatoes, sides and meats by the pound. We're still seeking information on hours and a phone number. Also opening at The Rail Yard: something called The Eat@ry, which will be serving cheese dip, a slow-roasted pork and sriracha buffalo sandwich, a hot tamale bowl (pinto beans, shredded pork, cheese dip and cornbread) and a Yard Bird salad (chicken strips, lettuce, tomato, red onion, cucumber, shredded cheddar)

And speaking of barbecue, and in the "most rumors have a grain of truth at their center" department, we dealt last week with a query about Northwest Arkansas-based Wrights BBQ planning to open a Little Rock outlet in the Riverdale Shopping Center, in the 2500 block of Cantrell Road. Turns out, a reader in the local real estate business tells us, and we're still working to confirm, that Wrights is actually opening an outlet in Little Rock, and that it will be in Riverdale, though not in that particular shopping center. A consortium that includes Jordan Wright, T.J. Lefler (who owns the Riverdale shopping center) and Justin Bentley recently closed on the Quonset hut behind the Town Pump that originally housed the Wine Cellar, a late-night drinking and dancing establishment of some fame (and infamy). Plans, we are told, are to open in late spring 2023.

We're no closer to knowing an opening date for G.O.A.T. Indian Restaurant, 11321 W. Markham St., Little Rock (most recently housed Bar & Grill), but we do know its owners have applied to the state Alcoholic Beverage Control Division for a liquor license.

Saturday, 5:30 a.m.-11 p.m., is the grand opening and "Swag Day" for the new 7 Brew drive-thru coffee establishment at 11921 Maumelle Blvd., North Little Rock, near Maumelle and an outparcel on the lot dominated by the Walmart. Customers will receive "one FREE 7 Brew swag item with the purchase of a large drink." (Small print: "One 7 Brew swag item per present customer.") Hours are 5:30 a.m.-10 p.m. Sunday-Thursday, 5:30 a.m.-11 p.m. Friday-Saturday. Apparently all the state's 7 Brew outlets, in Conway, Russellville and several across Northwest Arkansas, have the same phone number: (479) 358-9274. Remember that there is a 7 Brew under construction on the ground formerly occupied by Shorty Smalls at North Rodney Parham and Shackleford roads in west Little Rock, and we're told there may be another Little Rock location on the docket for the intersection of Foxcroft and Cantrell Roads. 7brew.com; facebook.com/7brewcoffee. 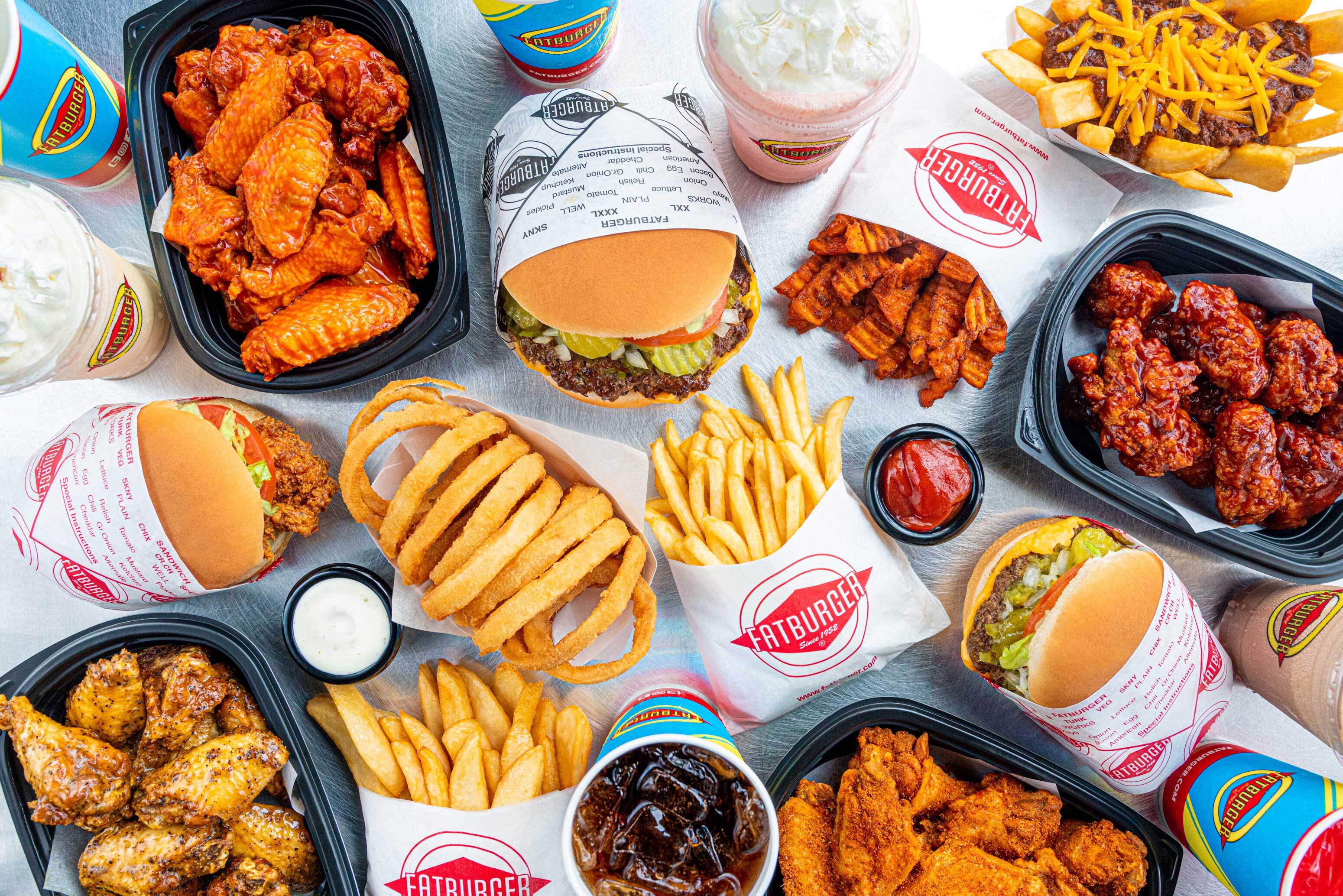 Fatburger & Buffalo Express is open on Conway's Dave Ward Drive. (Special to the Democrat-Gazette)
Fatburger & Buffalo Express opened Nov. 29 at 2215 Dave Ward Drive, Conway, serving handcrafted burgers and never-frozen wings. It's the second Arkansas location; the first is in Greenbrier. A grand opening celebration starts at 10:30 a.m. today; the first 100 customers can score a free Original Fatburger, and the staff will dole out out free fries with any purchase all day. Hours are 10:30 a.m.-10 p.m. Sunday-Thursday, 10:30 a.m.-11 p.m. Friday-Saturday. The phone number is (501) 358-6501.

And speaking of Greenbrier, Eat'Italian Restaurant, 52 S. Broadview Ave. (aka U.S. 65), Greenbrier, has closed. Its owners posted the word Nov. 27 on the Facebook page (facebook.com/eatitalianpizzapastasubs).

And Historic Arkansas Museum, 200 E. Third St., Little Rock, holds its 18th Ever Nog Off!, 5-8 p.m. Friday, the museum's friendly competition for the town's best eggnog. A panel of judges selects the winner of the Taster's Choice Award; visitors get to vote for the People's Choice Award, the "Not Your Great, Great, Great Grandfather's Eggnog Award" (to the best "untraditional" eggnog) and the Egg, No Nog Award (for the best nonalcoholic eggnog). The Marchese Hendricks Project Trio performs; there will be carols around the firepit, roasted pecans in the Brownlee House kitchen and a new exhibit in the gallery foyer "of some of the most important knives in the museum's collection." Admission is free. Visit HistoricArkansas.org.