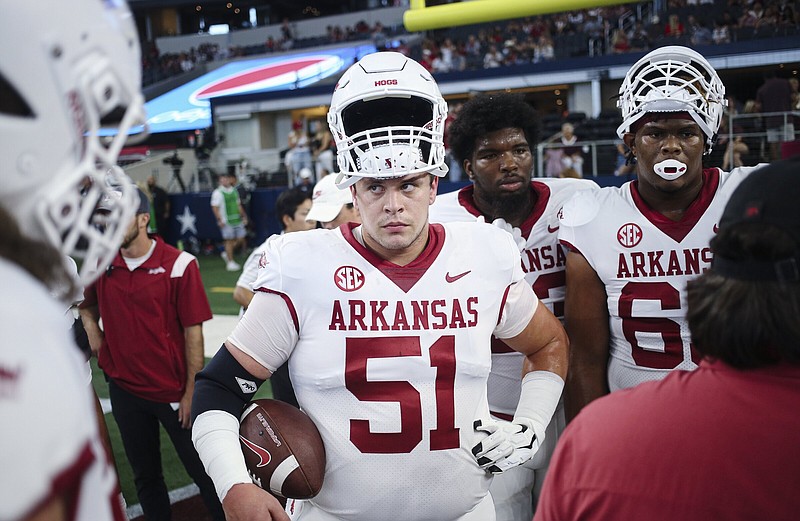 FAYETTEVILLE -- The awards keep rolling in for University of Arkansas center Ricky Stromberg.

The senior from Tulsa, Okla., a first-team All-SEC choice by SEC coaches and The Associated Press earlier this week, was announced Wednesday as the winner of the Jacobs Blocking Trophy, which is voted on by SEC coaches and given annually to the league's most outstanding blocker.

Stromberg, 6-4, 313 pounds, who started all 12 games and played 898 snaps, has declared for the NFL Draft. Stromberg did not allow a sack or a quarterback hit all season and helped pave the way for the nation's No. 9 rushing offense with 223.4 yards per game.

The Jacobs Trophy originated in 1935 and was named for William P. Jacobs, the founder and president (1935-45) of Presbyterian College.

Georgia's seventh-year Coach Kirby Smart, who led the Bulldogs to a 13-0 start, the SEC championship and the No. 1 ranking in the College Football Playoffs, was voted as coach of the year by his peers.

The Bulldogs pulled down two of the top individual awards, as kicker Jack Podlesny was selected as the special teams player of the year.

Tennessee quarterback Hendon Hooker was chosen as the SEC Offensive Player of the Year after passing for 3,135 yards and 27 touchdowns to go along with 430 rushing yards and 7 touchdowns and leading the league in passing efficiency and total offense. Hooker, who suffered a torn knee ligament late in the season and will be out for the Volunteers' matchup against Clemson in the Orange Bowl, helped Tennessee lead the nation with 47.3 points and 538.1 yards per game.

Alabama linebacker Will Anderson repeated as the SEC Defensive Player of the Year. The junior leads the SEC and ranks sixth in the country with 10 sacks. He is seventh in the nation with 17 tackles for loss. Anderson is the first repeat winer of SEC defensive player of the year since the award's inception in 2003.

Podlesny leads he SEC in field goal percentage at 88.5% after making 23 of 26 tries. Additionally, 73 of his 91 kickoffs were either touchbacks or fair catches.

Ole Miss tailback Quinshon Judkins was voted as SEC Freshman of the Year. Judkins broke Ole Miss single-season records with an SEC-best 1,476 rushing yards and 16 touchdowns. He ranks third in SEC history for rushing yards by a freshman.

Mississippi State wideout Austin Williams was recognized as the SEC Scholar-Athlete of the year. A two-time first-team Academic All-American, Williams has a 4.0 cumulative grade point average during his career with the Bulldogs.

Smart is the first man since Alabama's Nick Saban in 2008-09 to be named SEC coach of the year in consecutive seasons. His Bulldogs take on No. 4 seed Ohio State in the Peach Bowl, a CFP semifinal, on Dec. 31 in Atlanta.

The SEC announced that its All-Freshman Team will be released today. 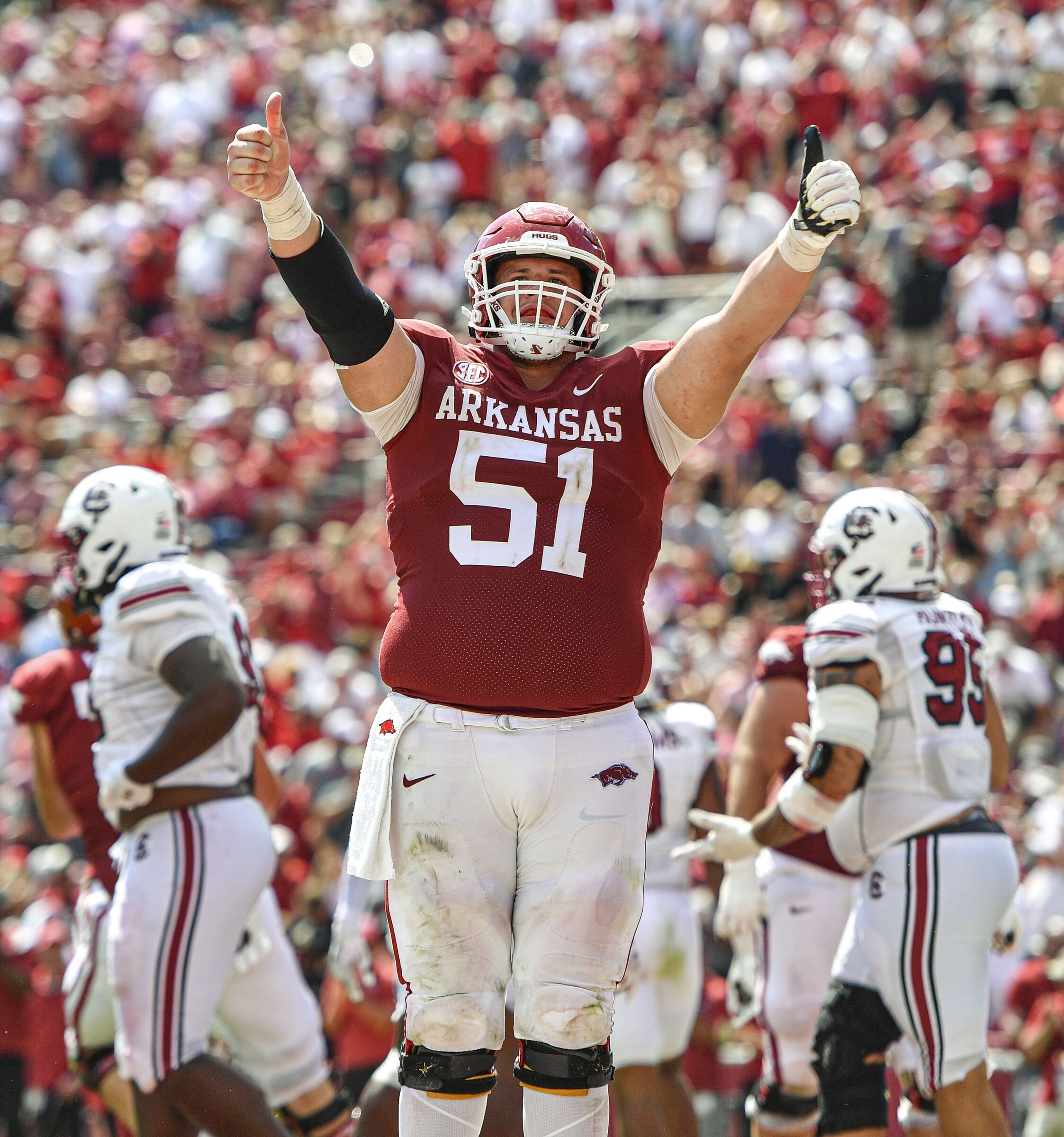 Arkansas senior center Ricky Stromberg was named Wednesday as the recipient of the Jacobs Blocking Trophy, given annually to the SEC’s most outstanding blocker. The award is voted on by the conference’s coaches. (NWA Democrat-Gazette/Hank Layton)