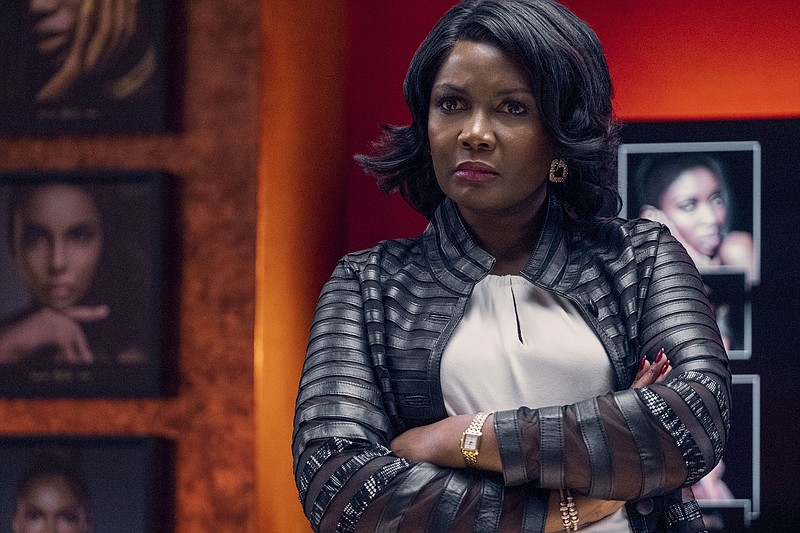 NEW YORK — There's a new TV drama about the exploits of a stylish, privileged and super-successful fictional family whose scheming members are at each other's throats. They make the people at "Succession" look almost functional.

"Riches," which premiered Dec. 2 on Amazon Prime Video, is set in the corporate suites of a Black-owned cosmetic giant in England whose patriarch leaves behind turmoil after dying in the first episode. As the business hangs in the balance, his different sets of children collide as they vie for control.

"I thought it was a great opportunity to write something that was fun and frothy and entertaining, but also had a bedrock of something more substantive to say about Black ownership, Black ambition and power structures," says Abby Ajayi, the show's creator and writer.

The result is an enthralling mix of high-end soap opera and dynastic legal backstabbing with social commentary about everything from police racism to journalistic discrimination and corporate ethics. Deborah Ayorinde, one of its stars, has a shortcut when she describes it to friends: "Beautiful rich people behaving badly."

Ayorinde plays Nina, one of two estranged children from her father's first marriage, both of whom have established themselves in business in America. But their father in his final days seemed to trust them more than his English children and shockingly leaves the empire in their hands.

That adds a trans-Atlantic element to the show as Nina and her brother Simon (Emmanuel Imani) have to navigate a hostile set of siblings and an angry stepmother (Sarah Niles, the therapist from "Ted Lasso") from their dad's second marriage. They enjoy the good life and had expected to coast with control of the firm.

"There's a self-sufficiency, an independence that the British characters don't have. And so they're going to learn from each other. I think it's more a seesaw of the different experiences which mirror a lot of the experience I took back in my own life with my peers who move between the States and the U.K. and sometimes back to West Africa."

It was the portrayal of the African diaspora that attracted Ayorinde to the script, a way to celebrate some parts of the Black experience in different cultures.

"What I love about it is it respects the differences that we have, but it also highlights the similarities of our experiences. And I just feel like that's something that might bridge the gap," she says.

Ajayi has created messy but understandable roles. "I think it's good to explore Black characters who are flawed," she says. "Black characters get to be the cop or the robber, but they don't have any of the variation in between."

Ajayi graduated from Oxford University before being nurtured by Shonda Rhimes, working as a writer-producer on ABC's "How to Get Away With Murder," the Hulu adaptation of "Four Weddings and a Funeral" and the Netflix series "Inventing Anna." She credits Rhimes with teaching her pace and the importance of turning points.

She grew up in London to a family of Nigerian immigrants and recalls her aunts loving frothy night-time soap operas like "Dallas" and "Dynasty." "Riches" shows her keen ability to mix laughter and substance. "Nobody walks through their life saying, 'I'm in a drama' or 'I'm in a comedy.' You kind of have elements of both in every day," she says.

"Riches" was dreamed up and written by Ajayi during the pandemic, a way for her to escape into a gorgeous world of couture, bottle service at exclusive clubs and sleek ultra-modern offices in gleaming skyscrapers. "There was a kind of wish fulfillment, absolutely," she says, laughing. Ajayi, often clad in yoga pants during lockdown, would surf McMansions on British property sites for inspiration.

"I definitely did start very much from character. I think with this show, what I want is to be relatable and hook-y for the audience," she says. "You might not have that money, but you have siblings, you have stepmothers, you have mothers — you have relationships and the complexities of blended families."

Ajayi says she has always been fascinated by family businesses, the way in which conflicts spill from the boardroom to the sitting room and visa versa.

"Emotionally, the stakes are never higher when it's about family. That was the really important thing for me to get across: Money can damage something so important as family," she says.