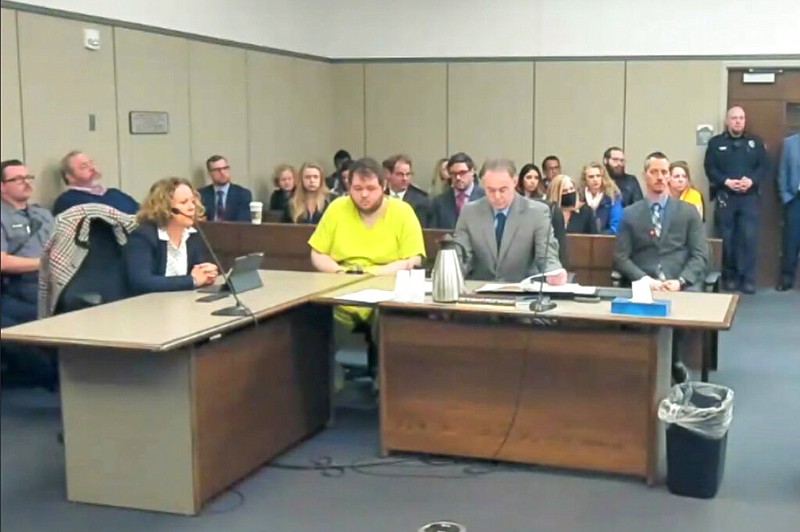 COLORADO SPRINGS, Colo. — A judge unsealed a dropped bomb threat case Thursday against the Colorado gay bar shooting suspect who threatened to become the “next mass killer” over a year before allegedly killing five people and wounding seventeen others at the LGBTQ enclave Club Q.

“This interest is so significant I think I would even call it profound,” Chittum said. “To ... see what occurred in a case is very foundational to our system of government to have that scrutiny. ... And the only way for that scrutiny to occur is for this to be unsealed.”

In June 2021, Aldrich was arrested on allegations of making a bomb threat that led to the evacuation of about 10 homes. Aldrich, who uses they/them pronouns and is nonbinary according to their attorneys, had threatened to harm their own family and boasted of having bomb making materials, ammunition and multiple weapons, according to law enforcement documents. They were booked into jail on suspicion of felony menacing and kidnapping.

The case was later dropped and officials to date have refused to speak about what happened, citing a Colorado law that calls for dismissed cases to be sealed to prevent people from having their lives ruined if cases are never prosecuted.

But the prior arrest and Aldrich's statements that day that that foretold last month's mass shooting have raised questions over why authorities didn’t seek to seize Aldrich’s guns under Colorado’s “red flag” law.

Aldrich also was the subject of a tip received by the FBI a day before the bomb threat. Agents closed out the case just weeks later.

The judge’s order to release the records comes after news organizations, including The Associated Press, sought to unseal the documents from Aldrich’s 2021 arrest.

It was unknown when unsealed documents will be posted online.

Chittum ruled despite objections from the suspect’s attorney and mother.

Public defender Joseph Archambault argued that while the public has an interest in the case, Aldrich’s right to a fair trial was paramount.

“This will make sure there is no presumption of innocence,” said Archambault.

An attorney for Aldrich’s mother argued that unsealing the case would increase the likelihood that Laura Voepel would suffer harm harassment, intimidation or retaliation.

Aldrich’s attorneys told the judge they would be filing a contempt of court motion against the sheriff’s office over an AP story that detailed what was in some of the sealed documents. The documents were obtained by Colorado Springs TV station KKTV and verified as authentic to the AP by a law enforcement official who was not authorized to discuss the sealed case and kept anonymous. Judge Chittum did not rule on the motion but said she would not let it hold up her decision about unsealing the case.